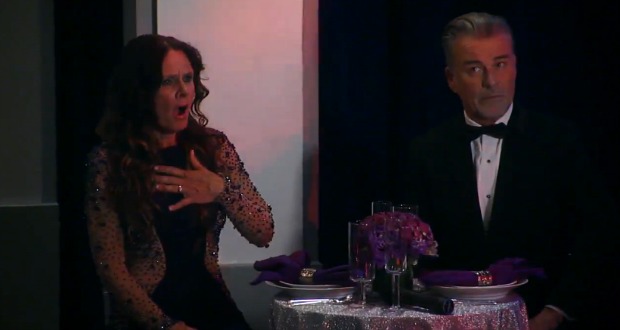 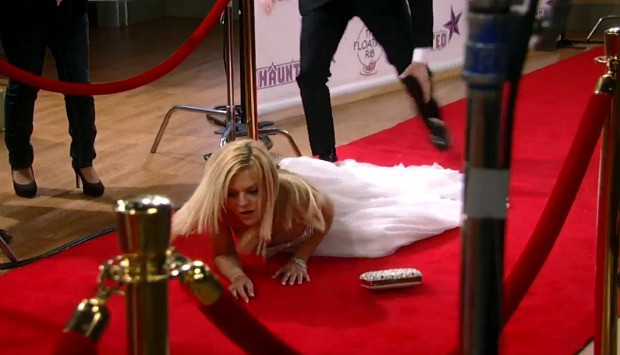 Well, with all the hints you dropped all week, GH, I was bursting with the excitement about the Ball! Admittedly, I sometimes fast forward through the singing, but I love to see who is doing what and what bombshells are dropped. This year promises to be excellent.

Carly’s major bust of Ric was perfect. Carly is awesome at revenge. I just hope Jake doesn’t get mad at her for a public reveal. Speaking of Carly, it was a little weird how mad she got at Morgan this week. Usually Carly defends her kids against anything, but she had to choose a side in the whole drugging/baby stroller incident. I really loved the scene where Sonny handed over the baby to make everything right (mobsta with a heart of gold). Maybe this will soften Michael’s heart, because I thought it was a little rough of Michael to make Sonny trade her for Morgan. Michael kissing Sabrina was a little weird. They didn’t seem to be really connecting before then.

I’m glad the kidnapping is over (and I still think Silas did it), but why is Franco so upset that Nina might have done it when he was willing to help her with the first kidnapping? That’s odd. And now that Nina has kicked him out, where is he going? Maybe he’ll strong-arm Ned into letting him move into the Quartermaine mansion. Perhaps he’ll bunk with Obrecht.

Valerie will be dancing at the Ball, despite being so sad she is unable to go home (that sadness seems to only flare up around Dante). Moving her in with Nikolas was a bit weird. Nik now has three women swarming him. He needs a revolving door. I’m sure Hayden will run right to Spoon Island now that she has nowhere to go.

Having Britt come back was just what Spencer needed. Maybe it will soften Nik towards her.

Speaking of Britt, she and Brad are cute together, so that is totally fun. Their red carpet dish was great. I loved the reference to Sam’s leather jacket. And Maxie falling was great, with an almost nip slip. Red carpet outfits I loved: Valerie, Olivia, Lucy, and Maxie. I caught one glimpse of Alexis and she was in a super boring plain colored dress. That woman deserves some glitz.

What I need to know, though, GH, is why are Brad and Lucas living in a one room apartment when one is a doctor and the other lab manager? Can’t they scrape up the cash for a place with a real kitchen and living room? And, just askin’, why is it that soaps have gay male couples but no gay female couples? In fact, I don’t ever remember a lesbian being on GH, ever, even one without a love interest. Time for that to change.

And what about a transgender character? GH, I know you sometimes love to do ripped from the headlines stories, so it’s time for some male character to reveal he is really a woman. How about Michael? Or Max? Or Shawn? I hope Lucas says yes to Brad because I’m totally up for that amazing wedding to happen.

Sam is totally not going to be able to keep her mouth shut about Olivia’s baby. She’s just bursting at the seams (and talking about in public – you’d think she would maybe notice that’s how Olivia’s secret came out and keep her own mouth shut in public places), so that secret is going to blow. I assume Olivia will need to make an emergency trip to Bensonhurst for a few months while Lisa LoCicero has her actual baby and is out on leave and comes back in time for an August delivery for Olivia (based on the New Year’s Eve conception).

Obrecht’s horrible 99 Red Balloons number was pretty silly – I fast forwarded that. It’s kind of sad that there were only three recognizable nurses in the actual nurses’ number. Maybe it’s time to hire some new nurses, GH. And really, we have what, three doctors now? So much for that hospital part of “General Hospital.” 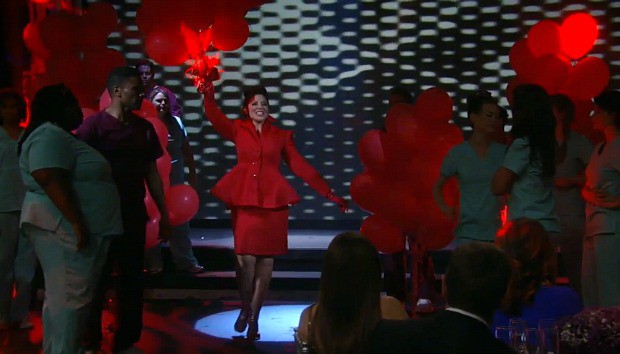 The perfect ending to the week was Nikolas coming clean with Elizabeth about Jason. Yowza! You never know what will happen during the Nurses’ Ball!

My random comment of the week is that I am obsessed with the new drink glasses at the Metro Court with the swirly tops. They are super cute. But I hate those squatty wine glasses. Yes, GH, us long-time viewers really do notice and care about these things.

GH ran a promotion allowing viewers to vote on which GH character of the past should be brought back for the Nurses’ Ball. I can’t wait to see who it will be. I think I voted for Stefan. Also, news recently broke that Genie Francis will be back as Laura in the coming months – that should be interesting in the wake of Fluke. So, bring on the rest of the Nurses’ Ball, GH! I’m ready!