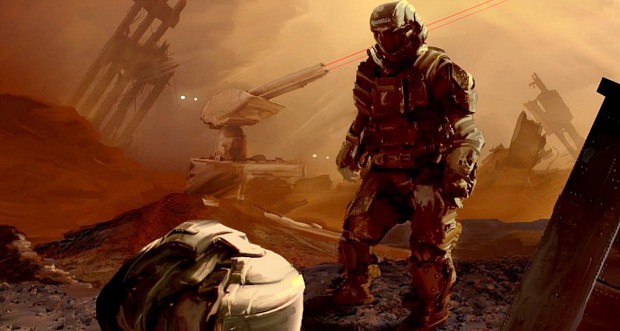 When I’m not gushing about young adult books, I’m lost in the amazing worlds of science-fiction and fantasy. And when it comes to adaptations of these novels, I get excited even when I haven’t read them, because we don’t have nearly enough cool fantastical moments on the big screen.

Tor.com announced that Warner Bros. won the rights to Joe Haldeman’s award-winning novel “The Forever War” after a bidding war with Sony. And the best part? They’ve already signed Channing Tatum to play the lead.

A fast-paced sci-fi movie with Channing Tatum? Count me in.

In ‘The Forever War,’ Earth’s leaders refuse to give in to their alien enemy. William Mandella is a private, unwillingly drawn into the thousand-year conflict, and just wants to return home; but thanks to the effects of space travel, he’s only aging months while Earth ages centuries. (Think ‘Age of Adaline,’ but in space, with less sweet romance and more of Channing Tatum’s abs.)

The original book is set in 1977; whether they’ll modernize it or not has yet to be determined, and they may change the future that Mandella interacts with based on what we know now, as opposed to what Haldeman knew when he was writing it in 1974. There are a lot of potential changes – but that might make a better movie rather than a perfect adaptation.

Jon Spaihts, who wrote the ‘Prometheus’ script, will be writing the film. 20th Century Fox previously held the rights, but never did anything with them.

What do you think of this sci-fi movie with Channing Tatum? Sound off in the comments below!