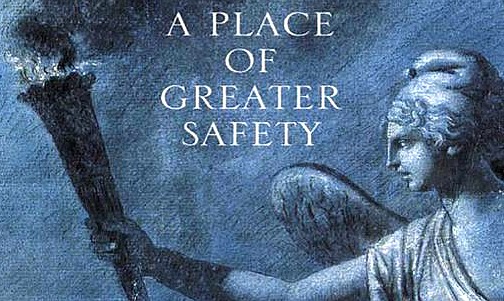 History fans will be delighted to know that another Hilary Mantel adaptation is in the works.

The Bookseller announced that BBC will adapt “A Place of Greater Safety,” Mantel’s novel about the French revolution. Three young men – Georges-Jacques Danton, Mzimilien Robespierre and Camille Desmoulins, all real figures involved in the revolution – must deal with the dark side of the period’s politics.

Richard Warlow, a writer on BBC’s Jack the Ripper inspired “Ripper Street,” will write the adaptation. DNA TV Limited – a joining of DNA Films and Fox Networks – will produce.

Mantel is the author of the Man Booker Prize-winning “Wolf Hall” and “Bring Up The Bodies,” two novels that followed the Tudor dynasty. “Wolf Hall” was recently made into a TV mini-series starring Mark Rylance as Thomas Cromwell, Henry VIII’s advisor, as well as a Tony-nominated Broadway play.

I would like to see more historical adaptations with lady leads – like Natalie Dormer’s upcoming “The Woman in Red” – but all of the recent Mantel adaptions have  been excellent, and with her books flying off the shelves whenever I walk into my local bookstore, I can’t wait to see how the adaptation of “A Place of Greater Safety” will go.

And hey, if we get some more pretty people playing interesting historical figures, it’ll be even better!

Who would you cast in this new Mantel adaptation? Sound off in the comments below!