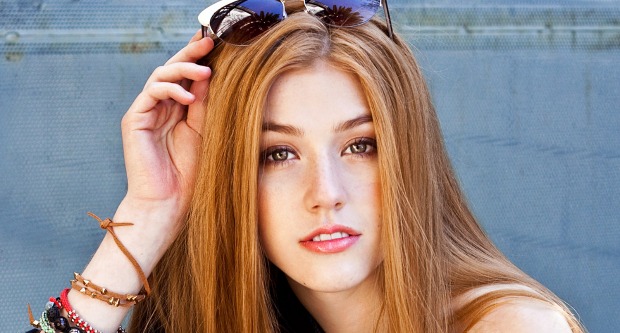 The “Shadowhunter” fandom has waited patiently, and their patience has been rewarded. The team behind ABC Family’s “Shadowhunters,” the new adaptation of Cassandra Clare’s “The Mortal Instruments” series, has cast fan favorite Katherine McNamara as Clary Fray.

“Shadowhunters” will follow Clary Fray as she discovers a conclave of half-angel Shadowhunters living in New York City after her mother is kidnapped. In an attempt to understand the mysteries unfolding around her, she joins the group.

Huge thanks to @abcfamily and the @ShadowhuntersTV team! So thrilled and honored to be playing Clary Fray! @cassieclare @McGsWonderland 😁

McNamara recently starred in “Happyland” as Harper Munroe. She will be also be in the upcoming YA adaptation “Maze Runner: The Scorch Trials.”

This was a casting highly anticipated by many of the Shadowhunters fan sites. The “Shadowhunters” development team already quipped that she will be dying her hair red for the part to match the iconic red locks of Clary Fray.

Other recently casted roles in ‘Shadowhunters’ include Dominic Sherwood as Jace Wayland, Emeraude Toubia as Isabelle Lightwood and Alberto Rosende as Simon Lewis.

The book series was also adapted into a movie called “The Mortal Instruments: City of Bones” in 2013, where Clary Fray was played by Lily Collins.

Do you think McNamara will have chemistry with her other castmates? Sound off in the comments below!