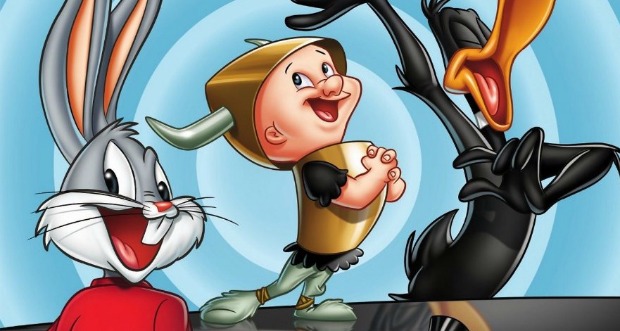 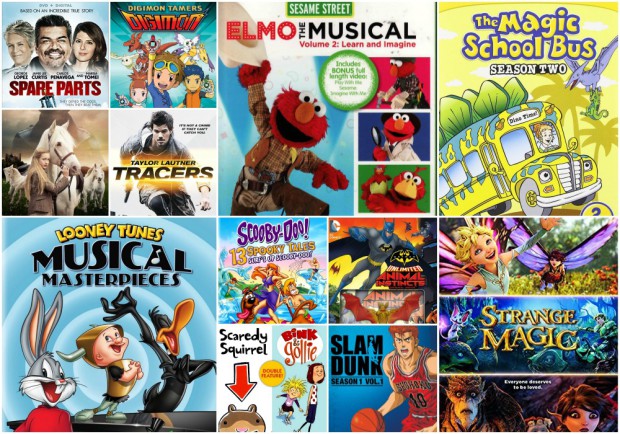 New DVD, Blu-ray and Instant Video releases this week include something for kids of all ages, from preschoolers through teenagers. Scooby-Doo, The Magic School Bus, and Batman are just a few of the titles hitting shelves. Here’s the rundown.

Rated PG-13 for some language and violence. Lionsgate. Buy/Watch on Amazon.

Based on Joshua Davis’ Wired magazine story, “Spare Parts” (a.k.a. “La Vida Robot”) is based on a true David & Goliath story about four Hispanic teenagers from Phoenix who form a robotics team under the leadership of their school’s newest teacher, Fredi (George Lopez).

With no experience, 800 bucks, used car parts and a dream, this rag tag team goes up against the country’s reigning robotics champion, MIT. On their journey, they learn not only how to build a robot, but also a bond that will last a lifetime. Directed by Sean McNamara, this movie also stars Jamie Lee Curtis, Carlos Penavega and Marisa Tomei. 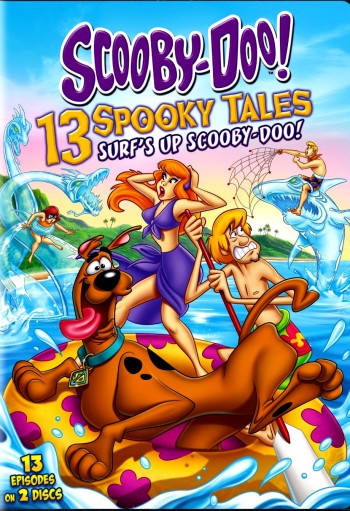 For Scooby-Doo, Shaggy and the rest of the crime-busting crew, life is never a day at the beach. So when the Gang go to a resort in Florida for a much-needed vacation, they kick back and enjoy some sun, sand and… a sea monster?!

When a weird, water creature causes trouble in paradise by stealing precious jewels, the Gang will either sink or swim to solve the case. Watch Scooby-Doo make a splash in 12 more fun-filled summertime episodes full of nautical nuisances.

Will the Gang throw in the towel when they face aquatic apparitions, haunted lighthouses, and other oceanic oddities?

It’s volume two of Elmo’s math-filled musicals, packed with 7 all-new to DVD episodes. Elmo is “The Count-by-Two Kid” in his own cowboy musical. Will he be able to escort six kitty-cows through a canyon to the Double Double Dude Dude Ranch Ranch?

Then imagine with Elmo as he dons a detective hat to investigate the secret behind all the sneezing. With more than two hours of music, adventure, math, friendship and fun, little learners will love to sing along. 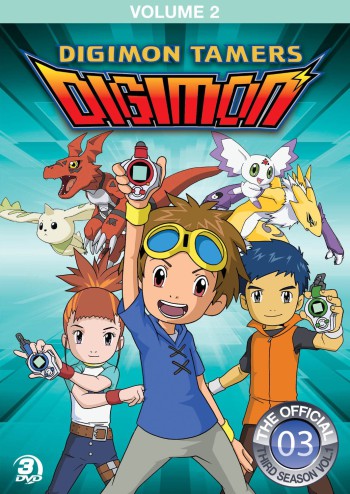 Not Rated. Flatiron. Buy/Watch on Amazon.

The adventures continue with episodes 18-34 of Digimon Season 3! Takato, Henry and Rika, three normal kids who are mega fans of the Digimon card game, quest through the Digital World, which is plagued by wicked Digimon Gods. In an effort to defeat those who seek to annihilate the World s barriers and networks, they pair up with good Digimon and together battle the heinous forces.

But in an epic battle with Meramon, the group is split in two, each cast off in a different direction. As they traverse strange and sometimes dangerous dimensions in order to reunite, the fate of the Digital World hangs in the balance.

Not Rated. Cinedigm. Buy/Watch on Amazon.

Hanamichi Sakuragi is a high school punk who hates basketball, mostly because the girls he likes always prefer basketball players to him. Things change, however, when he meets the cute and available Haruko Akagi. She loves basketball and thinks Hanamichi has the height and prowess to play.

Hanamichi, quite willing to settle for collateral affection, immediately takes up the sport, never mind the fact that he doesn’t t know the rules, cannot dribble and is constitutionally unsuited to teamwork and sportsmanship. But while struggling to make the team and play the game, he actually starts to like it. Japanese with English Dub. 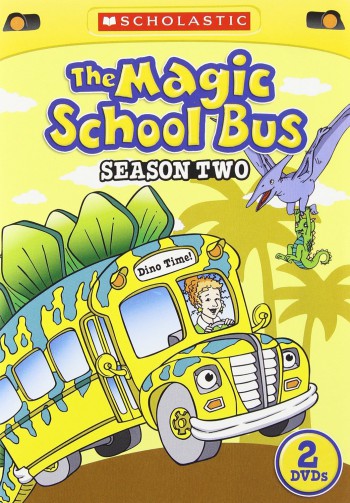 Seatbelts, everyone! Take a wild ride on The Magic School Bus with the complete second season. All 13 episodes are available in this 2-DVD set.

Ms. Frizzle and her class journey inside a volcano, take flight high in the sky, go back in time to visit the dinosaurs and lots more in these super fun classics.

After he crashes his bike into a beautiful stranger named Nikki (Marie Avgeropoulos), Cam (Taylor Lautner) is introduced to her crew — a team that uses parkour to pull off heists.

Hoping to alleviate his deepening debt to a violent crime gang, Cam quickly joins the group. As the stakes get higher with more dangerous side ventures, the payouts get bigger and Cam must use every ounce of his skill to stay alive as the crew’s heists grow more daring with each job. Directed by Daniel Benmayor, this movie also stars Rafi Gavron, Adam Rayner and Sam Medina. 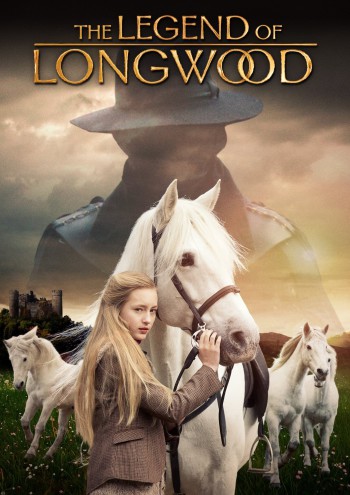 8. THE LEGEND OF LONGWOOD

Crumbling castles, frightening spirits, beautiful horses and a plucky, fearless heroine all come together in this magical “quest” film, set in the starkly beautiful landscapes of rural Ireland. Mickey Miller is a thoroughly modern 12-year-old New Yorker with little enthusiasm for her mother’s plan to take her and her little brother to start a new life in Longwood, a windswept town in Ireland.

Their arrival, however, coincides with the return of the Black Knight, a legendary ruler whose appearances always mean that something evil is going to happen. Realizing that she is directly linked to the story of the Black Knight, Mickey and her new friend Sean – along with Silver, the wildest, most untamable horse in the stalls of a nearby castle – set out to redeem the knight. But first she must save a precious herd of white horses and thwart the plans of a greedy, ambitious woman.

Not rated. Scholastic. Buy/Watch on Amazon.

Scaredy Squirrel never leaves his nut tree. It’s way too dangerous out there! But one day he suddenly finds himself out in the unknown world and ends up discovering something surprising! Bink & Gollie are marvelous companions who often do not agree … on socks … or goldfish … or venturing to the Andes. But with compromise these two different girls remain the best of friends.

“Scaredy Squirrel,” written and illustrated by Melanie Watt, has sold over 1.6 million books globally and was voted “Best Books of 2014” by Amazon Editors. “Bink & Gollie” was written by Kate DiCamillo (New York Times bestsellers “Because of Winn Dixie,” “The Tale of Desperaux”) and Alison McGhee (New York Times bestseller “Someday”), and illustrated by Tony Fucile (“The Lion King”). 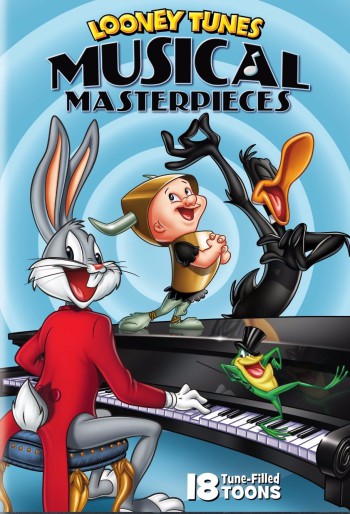 Prepare for a musical experience as only Looney Tunes can deliver! From the brilliant minds of maestro Carl Stalling and animation legends Friz Freleng and Chuck Jones comes these 18 musical treasures.

Join the likes of Bugs Bunny, Elmer Fudd, and Porky Pig in classics including Corny Concerto, What’s Opera, Doc? and Rabbit of Seville. Dive deeper into the vaults with gems like Three Little Bops, I Love to Singa and Rhapsody in Rivets.

Rated PG for some action and scary images. Disney. Buy/Watch on Amazon.

This musical fairy tale is all about finding true love in the unlikeliest of places. It’s a magical animated adventure featuring a host of colorful characters, including a princess who has sworn off love, a dubious villain, a slightly nutty Sugar Plum Fairy, a tenacious elf, a mischievous imp, and a knight who is no Prince Charming. Read Jane’s full review here. 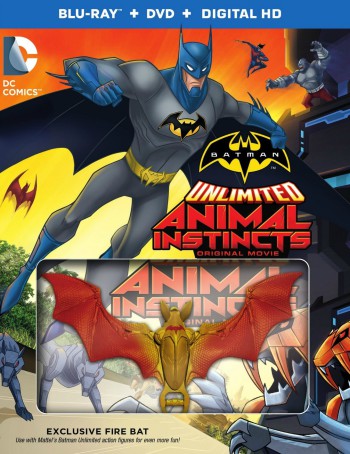 Another storm is brewing in Gotham, and it’s not only raining cats and dogs but evil Cyber Animals! When the city is plagued by a slew of bizarre crimes committed by the animal-inspired villain squad known as the Animilitia – made up of Silverback, Cheetah, Killer Croc and Man-Bat – Batman leaps into action to investigate.

These animalistic villains bring new and exciting challenges for the hero of Gotham, and Batman must find a way to bring these criminal creatures to a halt! But could the Animilitia be working for powerful businessman Oswald Cobblepot a.k.a. The Penguin?

Available in a Blu-ray Combo Pack, DVD and Digital HD. The Blu-Ray Combo Pack and DVD include an exclusive Firebat figurine, while supplies last.