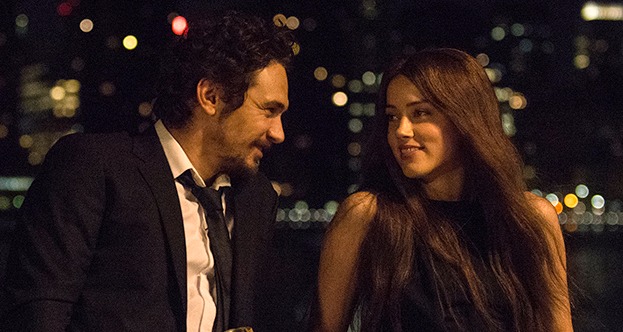 “You didn’t have to do Adderall for this film did you?” a journalist called out in a desperate attempt to get James Franco’s attention on the red carpet at the premiere of “The Adderall Diaries,” last night at the Tribeca Film Festival. The ploy didn’t work. James Franco walked quickly past to get into the theater.

“The Adderall Diaries” is one of the most highly anticipated films of the ten-day event. Based on the Stephen Elliott memoir, the film tells the story of a once-successful novelist (Franco) with a bad case of writer’s block who becomes dependent on the drug of the film’s title. Franco’s character also has a tortured and brutal relationship with his father, played by Ed Harris. As though that wasn’t bad enough, he also becomes fixated by a high-profile murder, and under the drug’s sway, cannot separate fact from fiction.

Franco and Romanowsky, who attended film school at New York University together, collaborated on “The Adderall Diaries” after Franco optioned the rights to the book.

Christian Slater confirmed to me on the red carpet that Franco is the busiest man in show business. “The guy is pretty incredible. He’s certainly one of the busiest human beings on the face of the planet,” he told me.

“Actually we were doing the photo shoot today and he was sitting there, and I’d just gotten there and I was about to say hello and he was like, ‘Let me just finish my French lesson real quick.’ He was doing French on his phone, so I think he’s just that kind of person that constantly needs to be doing, doing! It’s unreal! Unreal!”