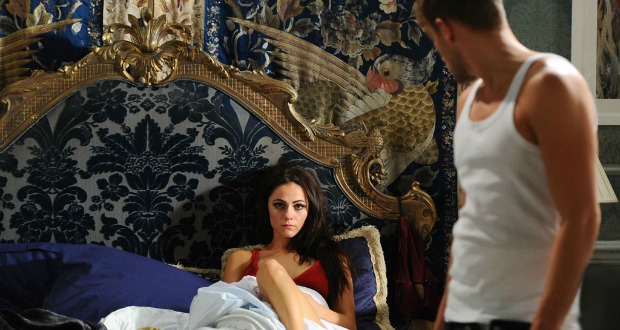 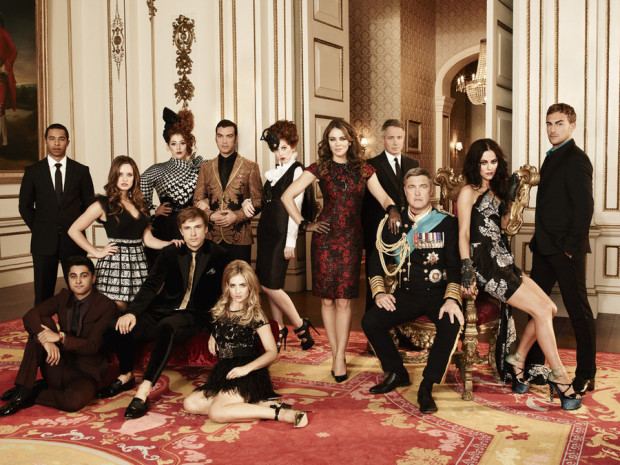 I hate camping, but I love camp. That is, I’d rather spend a night in a hotel room than sleeping in a tent, but give me a show with exaggerated theatrics and kitsch, and I’m so there.

So it’s no surprise that my new favorite TV show is “The Royals” on E! This is the first scripted series for the network, and it is such great escapist fun that E! already announced a Season 2 pick-up before the pilot even debuted. From the episodes I’ve watched so far, the pick-up was a no-brainer.

Created by Mark Schwahn (“One Tree Hill”), show follows a fictional British royal family and all the drama that comes with a monarchy. Liz Hurley plays Helena, Queen Consort. William Moseley (“The Chronicles of Narnia”) is Liam, the playboy prince, and Alexandra Park is Princess Eleanor, Liam’s twin.

After the eldest prince dies tragically in a military training accident, Liam, the second eldest, has to try to tame his playboy ways and take over his new position as He-Who-Shall-Be-Heir-to-the-Throne. He’s also in love with a palace employee’s daughter and has an ex-girlfriend who just won’t go away, so he’s already got a lot to deal with.

Moseley said of Prince Liam, “He never thought this was going to happen to him. His older brother dies in the first episode, and it thrusts him into a life that was nothing that he thought it was going to be. So he meets a lovely girl and that also changes things. But old habits die hard and it’s a hard thing to break. So Prince Harry, I can’t speak for. But Liam definitely does have to rethink himself.”

Hurley, speaking of her kids on the show, said, “She wants Princess Eleanor, she wants Prince Liam to just be fabulous and wonderful examples to the world. And, of course, in her opinion, they fail her miserably all the time.”

Princess Eleanor is anything but the picture perfect princess. Instead, she’s an alcohol-swilling, pill-popping spoiled princess. After a night of partying a little too hard and sleeping with her sexy new bodyguard, Jasper, the princess finds herself in a compromising position as Jasper blackmails her with a supposed video of their escapades the night before. He also reveals he’s American (and possibly a grifter or an orphan – see what I mean about camp?). I’m all over the #Jaspenor train – or should I say ship? They’ve already become my favorite couple on the show. What starts off as blackmail is quickly evolving into… Well, I’m not sure, but it sure is fun to watch!

It’s such a scandalous romp that Tom Austen, who plays Jasper, won’t let his grandmother watch it! “My grandma is a huge royal fan,” he said. “She is so pro-royal family and I haven’t quite had the heart to explain to her what the premise of the show is yet. I think she thinks that I’m playing Prince William and that we’ve just changed the names, so I think I’m just gonna let her believe that for a bit. My family is a huge supporter, but I’m not sure if my grandma will be after she sees it.”

There are as many secret rendezvous with secret lovers as there is dirty laundry being exposed. It’s all just oh-so-sinfully delicious TV that I can’t wait for the next episode to air! It’s a little bit of “Dynasty” with “Gossip Girl” thrown in – minus the ’80s hair and shoulder pads, but with plenty of decadence and debauchery and, hopefully, some cat fights and dunks into the pool as well. Hey, they even got Joan Collins to guest star as Queen Helena’s mom!

On second thought, maybe I have nothing to feel guilty about.

“The Royals” airs Sundays at 10/9c on E! Have you checked it out yet? Tell us your thoughts in the comments below.