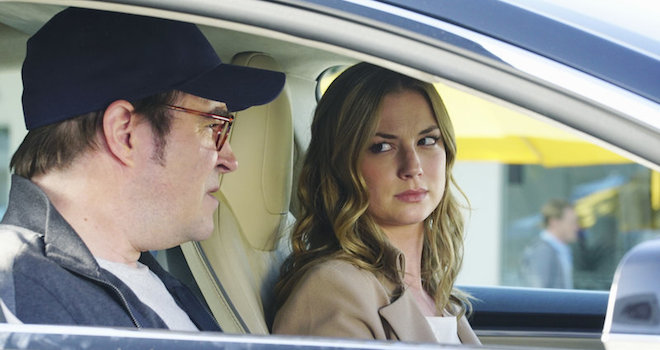 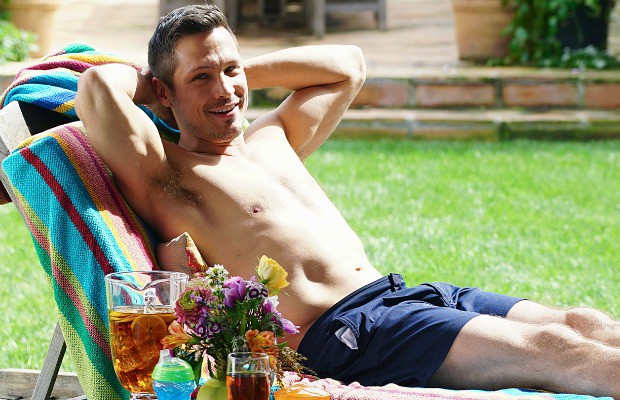 Life looks too good for Jack (he didn’t know Emily tried to meet him at the airport to tell him she loved him). He’s in L.A. at his moms amazing pad, thinking he can move on with his life, when Stevie (mom) shows him the news – Grayson Manor is burnt to the ground. For crying out loud… now what?!

Jack didn’t know Emily tried to meet him at the airport to tell him she loved him… always a near miss! If this ends right, Emily (Amanda) and Jack will be together!!

(Emily… or is it Amanda? Well, since I have known her as Emily all of this time, I’m going to stay with it. It seems weird trying to call her Amanda now; does it to you?)

Anyway, Victoria, in all of her glory, decides the best way to end this whole revenge plot with Emily, is to literally go up in flames… and she does. Her body is found in the rubble and the wonderful Mason Treadwell is/was in cahoots with Victoria, helping to frame Emily for her murder. Victoria is bound to get the last laugh, but I actually feel melancholy that she’s gone. She was Emily’s number one enemy upon which most of this series was based. This makes me think it is almost certain that the end of Revenge is near. Boo hoo. (Editor’s Note: After this recap was written, ABC did indeed send out a press release noting that “Revenge” is officially canceled.)

Nolan expresses his sadness to Emily regarding Victoria’s death, “Ding dong, the bitch is dead.” Wow, I expected a tiny bit of compassion, although I’m not surprised. They both think this game, if you will, is finally over…but as we all learned, Victoria wanted the last revenge. And from the grave, she has Mason, Margaux and Louise on her side.

When Margaux read the suicide note Victoria left behind, I thought, phew, Emily is off the hook – yes, I know, really dumb of me. Now even a slighted Ben it seems is out to get her. A scorned lover – come on Ben, you knew deep down that Jack is her true love.

Margaux and Louise are ready to take Emily down in a big way. Margaux plans to use all of the evidence from Nolan’s thumb drive. I’m thinking that Emily is in trouble. I don’t know how she’s gonna get out of this one. Do you think she will? Logically, from the show’s standpoint, yes, but realistically, no. Hum. The ending will be exciting, there is no doubt.

Nolan and Tony… I haven’t seen Nolan so giddy the entire series. It almost looks real. I actually giggled to myself because his attraction to Tony is so cute. That’s good acting. Unfortunately, Tony had to break it off with Nolan because he was approved to adopt a baby – something he’d been wanting for a long time. He didn’t realize it would be so fast, and tells Nolan he has to give 100 percent of himself to his baby. That’s really cool, but of course we all feel bad for Nolan. He is truly gaga for this guy – and Nolan is such a peach and has a special kind of swag. I would love to have a friend like him, minus the revenge plot. Lol.

Emily finds out that David has lymphoma – but it was caught early. The two decide to have a movie night and head home. Emily gets a call from, as Nolan puts it, “Crazy Capote.” (I thought that was a good line.) He tells her she’s going down and attaches a message from Victoria. See below…

The last thing we see is Emily getting hauled off by the police, with Ben “the weasel” leading the charge. Dear Jack shows up just in time to hear her yell, “That bitch set me up, I’m innocent!” Sweet revenge for Victoria – for now, but I’m pretty sure that Jack, Nolan and father David will get her out, don’t you?

I am really curious how this series will end. A lot of scenarios have gone through my head. What are your thoughts on how it might end? I’m curious to know.

Sound off in the comments box below – we love hearing from you!