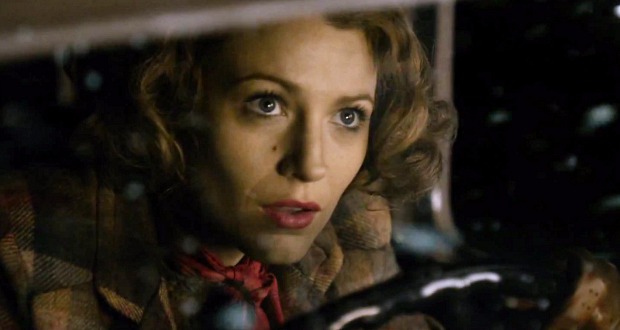 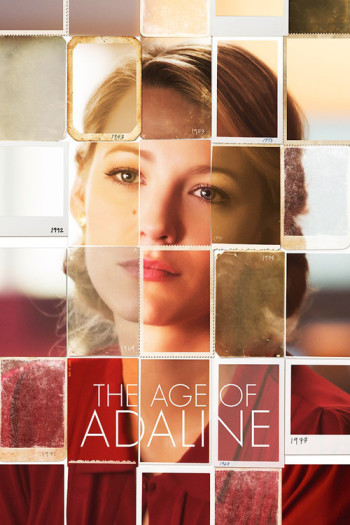 SYNOPSIS: Blake Lively plays a young woman who’s born at the turn of the 20th century and rendered ageless after an accident. After many solitary years, she meets a man who complicates the eternal life she has settled into.

REVIEW: There is something to be said for a beautifully-filmed movie led by a stunning actress. But beautiful films with amazing actresses can still leave me wanting more – and “The Age of Adaline” left me wanting less modern-day San Francisco and more Adaline.

“The Age of Adaline” follows Adaline Bowman (Blake Lively), a young woman who is prevented from aging after a car crash leaves her genes in a locked state, in accordance with a theory that won’t be discovered until the 2030s.

How do we know this? From the copious amounts of voice-overs that explain backstory and give faux scientific reasons for why Bowman is locked in her near-immortal state. Surprisingly, the voice-over isn’t annoying or even poorly done – they weave it into the story the best they can – but it’s still a bit out of place among the storytelling.

While this repeated pursuit ends with Adaline eventually enjoying a date with him, can we please stop painting “chase women at whatever cost” as sexy? Ignoring a woman’s wishes when she says no – which Adaline says repeatedly – is not sexy. Threatening to rescind a donation you made to her place of work – which Ellis does – is not sexy. Getting her home address from her place of work – which Adaline purposefully does not give him and is appalled when she finds him waiting outside – is not sexy.

It doesn’t matter that Adaline is turning him down because she doesn’t want to drag people into her immortal life. All that should matter is that she says no, and he should respect that. Why is that so hard? They could have made the movie and romance work with that angle instead of letting Ellis chase her until he breaks her down.

At least we get a shot of Huisman post-shower. That’s almost enough for me to forgive Ellis Jones for his behavior towards Adaline at the beginning of their relationship.

Adaline – er, Jenny – ends up agreeing to accompany Ellis back to his parents’ house for their 40th anniversary party. But surprise – Ellis’ father, played by Harrison Ford, used to know Adaline and almost asked her to marry him. Adaline is trapped between her affection for Ellis (who, while he becomes sweet as the movie progresses, doesn’t initially deserve it) and her need to keep running.

I won’t tell you which she chooses, because that would spoil the ending of the movie. I’m a reviewer, not Satan. But the movie ends up as a sweet story about a woman’s choice between love and freedom and what those choices really mean.

I liked “The Age of Adaline” well enough. It’s beautifully filmed – some of the shots, especially shots of Adaline roaming the countryside in the 1970s – are absolutely stunning. Michiel Huisman’s abs make an appearance, which is always a plus.

Blake Lively does an amazing job embracing Adaline’s character, from how she speaks to how she walks. I firmly believed that she was an immortal, smart, classy woman who spoke six languages and knew every trivia fact under the sun.

My biggest problem with the movie comes not from acting or writing or filmography, but from the actual story they set out to tell. While “The Age of Adaline” is a sweet movie, it’s ultimately forgettable – but Adaline is not. Here’s a woman who stops aging. When she figures this out, she gets a job at a medical school so she can study everything she can about her condition. The government learns about her and begins to pursue her, and not only is she smart enough to escape them for nearly a hundred years, she does this while traveling and falling in love and adopting adorable puppies and learning everything that she can under the sun.

I liked this movie, but where is my movie about Adaline’s kickass backstory? About the complicated relationship between a mother who can never age and a daughter who grows increasingly older? About a woman who has to learn to lie, to avoid the government, to do everything she can to stay safe? Who, despite all that, stays kind and intelligent and works hard?

I like romance. But I like fascinating characters and stories more. And Adaline’s movie could have been so much more than the romance they focused on.

Do you agree? What did you like about “The Age of Adaline”? Did you, too, appreciate Huisman’s abs? Sound off in the comments below!

Sex/Nudity: Passionate kisses over the course of several decades. A few love scenes, but neither is graphic (ex. a couple in bed, embracing and hugging, with her bare shoulders and legs and his bare chest visible). A married couple kisses at their anniversary party.

Violence/Gore: The story revolves around a fateful car crash, in which a car careens off a bridge into the water.

Drugs/Alcohol: Adults drink socially at dinners, parties and receptions. On a date, Adaline and Ellis drink several glasses of wine.

Will Grownups Like It? A worthy installment in the fantasy romance genre, which ultimately encourages embracing love and following your heart.