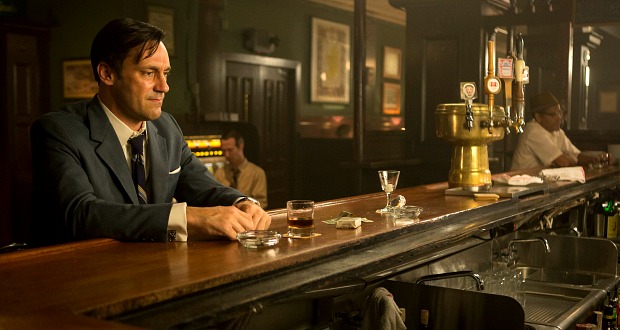 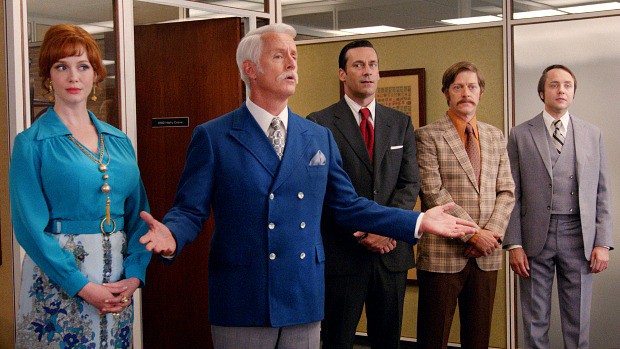 RIP, SC&P. In this past Sunday’s episode of “Mad Men,” the agency we came to know and love through its many iterations came to an end as McCann Erickson absorbed the agency.

In true form, when the partners learn that McCann gave notice on the office space, without bothering to tell anyone at SC&P, they are crestfallen but resigned. Until Lou calls Don from L.A. to tell him he’s leaving … a Japanese company – “They made Speed Racer, Don.” – is making a cartoon out of Scout’s Honor. Suddenly, the L.A. office is free, and Don proposes that if they want to preserve their autonomy, they line up a roster of conflicts that McCann would have to drop if it absorbed SC&P because of conflict.

They try to sign on Dow, but Ken turns them down. When Ken left SC&P a few episodes back and said he’d see them again as a client, I thought it was clever as heck. But in “Time & Life,” he’s so vindictive and meanspirited, it feels off, it makes me wonder if I missed something. In any event, so long, Ken. As the partners line up clients – “We’ve done this before,” Roger says at one point – you get the feeling that the schemesters are going to pull it off yet again and find a way to keep control of the agency, this time by taking it to L.A.

It’s fitting that Jared Harris — the actor who played Lane Pryce in Seasons 3, 4 and 5 — directs this episode. When they go to McCann to make the pitch for Sterling Cooper West, Jim Hobart asks Don to stop and to sit down and to hear him out. He tells them they passed the test, they are getting five of the best jobs in advertising (they being Don, Roger, Pete, Ted and Joan). “You’re dying and you’re going to heaven,” he intones. He names a client for everyone but Joan. It’s over. SC&P is no more.

It’s not as sad as a character dying, but it’s a death of sorts. The spaces, the furniture, the layout, that staircase, site of photo shoots and Pete’s fall. The gang retires to a bar, mostly to grieve. Ted is relieved, he appreciates the scale of an agency like McCann. Roger is all about it being the end of a line, he doesn’t have a son to carry on the family name. “What’s in a name?” Don asks, and it’s so natural you don’t reflexively think, “Easy for you to say, Dick Whitman.” At least not for a few seconds.

Everyone has a place to go. Joan’s got plans. (The audience knows it’s with Richard, but no one else does.) Ted’s got a date. He’s met someone, and if the plan had worked, he wouldn’t go to L.A. Pete is going to talk to Trudy over Tammy’s school. (More on that below.) Roger tells Don he’s seeing someone. Marie. Marie Calvet. “She’s crazy, you know,” Don says. Don goes to Diana’s apartment. She’d called a few nights back, twice, only the service wasn’t supposed to give Don the messages. She’s not there, two gay man are and they don’t know where she can be reached. (To me, this is a good thing – I don’t get her appeal.)

Pete certainly had a good episode. He’s becoming increasingly likeable as the years chip away at his arrogance and ambition. The scene of Trudy and him at Greenwich Day School, appealing the decision not to enroll Tammy, was “Mad Men” at its funniest, when it turns out the admissions officer or headmaster or whatever his official title, was a McDonald, a Wasp equivalent of the Hatfields and the McCoys. And Pete punches him in the face, which calls back the time he and Lane had a fist fight in a conference room at the agency. Gosh, I am going to miss this show.

One office, two children: I don’t know why I never had this thought before this week, but how realistic would it be for four colleagues in one office to produce two children, both accidently, one who was given up for adoption (Peggy and Pete’s son) and the other being raised by the mother (Joan and Roger’s son, Kevin), to remain colleagues. Even if no one in the office knows – here, Don knows that Peggy had a baby but doesn’t know the father is Pete, and no one besides Joan and Roger know that Kevin is theirs – the parents know, which must feel odder than odd at times.

It’s not soap operatic, it’s rooted in historic reality. I personally know two women who gave up babies for adoption, but neither had anything to do with the fathers of their children post-childbirth. That said, it makes sense for Peggy to tell Stan about her past, because she doesn’t let on that the father is one of their colleagues. The fans are clamoring for Peggy and Stan to get together. I’ve never seen it. I wish that fellow Peggy was going to go to Paris with makes an appearance before the show ends.

An American In Paris: Matthew Weiner did an interview in Paris the Sunday before last (April 19th), and it’s amazing how liberating a foreign audience can be. In what is billed as a Master Class on “In Care Of,” the Season 6 finale, with French journalist Olivier Joyard, Mr. Weiner acknowledges that he didn’t like AMC splitting Seven 7 in two, something I do not believe Mr. Weiner has publicly stated in the U.S. of A. He has been putting on a good show and pretending he welcomed the challenge in his many promotional interviews and appearances in the States.

In another stunner, Mr. Weiner reveals details about the last scenes of the last shows, the final episode and the finale. The discussion spends considerable time on endings, including the end of “In Care Of,” which famously concludes with Don Draper standing with his three children in front of the house he grew up, and this, of course, is the end of Season 6. Mr. Joyard asks a question about micro-scenes, short scenes, and what they do. Mr. Weiner says they can serve as exposition or establish time. In this exchange, with no warning, Mr. Weiner divulges that the final scenes in the final two shows will be long — the second to last one is five minutes and the final episode is 10 minutes. Most final scenes are on the short side, with the exception of the slideshow presention Don Draper gives in “The Wheel.” This reveal has turned my guess-how-Mad-Men-will-end theories on their head. Who is going to be in these scenes?

Why does Don call Meredith “honey” and “sweetheart”?

You can tell they shot the final seven episodes out of order, because some of the actors gain or lose weight and then in the next episode are back to their earlier weight.

Your thoughts on this episode or the final season of “Mad Men”? Leave comments below.