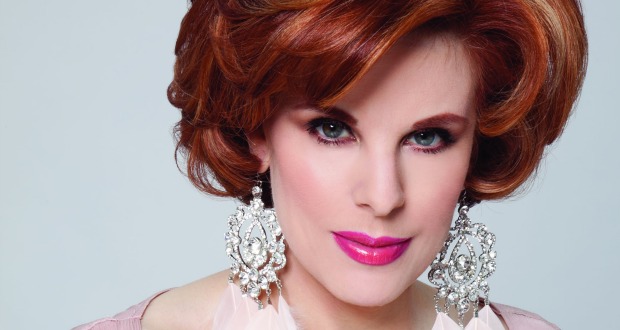 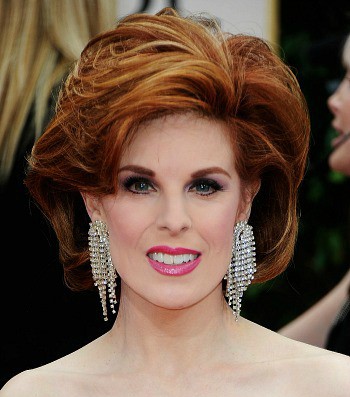 Not everyone wants to follow in their parent’s footsteps, but Kat Kramer did and has done a wonderful job of bringing movies with a social cause to the limelight.

If that sounds familiar, it’s because her father, the legendary producer Stanley Kramer, made an entire career out of producing movies with a message such as racism (“The Defiant Ones” and “Guess Who’s Coming to Dinner”), nuclear war (“On the Beach”), greed (“It’s a Mad, Mad, Mad, Mad World”), and effects of fascism (“Judgement at Nuremberg”). He also produced such notable films as “The Caine Mutiny.”

This Friday, April 10, the seventh installment of Kat Kramer’s Films That Change the World will take place at The Cannon USA, Inc., screening room in Hollywood, California.

I had the pleasure of talking with Kat in depth about her work on social films, her event and about her father (check out my interview with Stanley Kramer’s widow, Karen Sharpe Kramer).

How do you pick the movies that you want to present at your event? What has to move you about them?

There is no real criteria. Sometimes the movies kind of find me, other times people present them to me or suggest them. For example, “Bhopal: A Prayer for Rain” is a docu-drama, a dramatic feature in the documentary style. For me to pick an actual acted, scripted film to kick off the season is a bold step for me, because it breaks my documentary format from when I first started it.

“Bhopal: A Prayer for Rain,” is a very impactful film, starring Martin Sheen, Cal Penn, and Misha Barton. Sheen and Barton are both going to be there on the 10th. This film is about the gas leak of 1984 that happened in Bhopal, India, considered the worst industrial disaster in history and completely hushed up. So we’re shedding light on the Bhopal medical appeal because there are so many thousands of people killed and thousands of people who were injured, and their families are still suffering. This Bhopal medical appeal has been in the works for a few years now to help the survivors with the aftermath.

The keynote speaker at the event is Tim Edwards, the executive trustee of the Bhopal Medical Appeal. Martin Sheen is going to be introducing him, and I’m moderating the panel after the film with the filmmakers, Sheen and Barton.

Tell me about the Hunt for Humanity Award.

I always wanted to have an award in conjunction with this series to be given to a celebrity activist who I think is really not only using their celebrity as a voice for change, or somebody who really speaks out for their causes and has participated in the series. Marsha Hunt, who is 97 years old and looks better than most 50-year-olds, is getting the first award called the Hunt for Humanity Award.

Marsha was blacklisted in the industry, but that’s not why she’s being given the award. She was really the first activist back in the 40s when it wasn’t even the cool thing to do, and she paved the way for so many people today. It’s just taken for granted what she did her whole life; she’s kind of an unsung hero. She’s never really been recognized for that, so that’s the real purpose of the award and to find other people to follow in her footsteps — the Angelina Jolies, the George Clooneys, the Patricia Arquettes, the Sharon Stones.

I really want to reach out to students and people that are not necessarily activists yet that are in the industry. If I can motivate them in some way to get involved with causes, that’s who I cater to.

There seems to be a return over the last decade to films about social causes. Even the film festivals, like the Woodstock Film Festival, gives out these awards now.

I think it’s because the world needs these issues out there more than ever. We’re really at a transition point. We have the Stanley Kramer Award, which was named after my father, at The Producer’s Guild of America, and that was established in 2001 when he passed away. At that time, there were hardly any movies to choose from, we had to really search and the award then became quite coveted.

Not to say it’s because of that, but that award became kind of like the standard, and a lot of young filmmakers, and filmmakers in general, decided that they wanted to tackle social issues and follow in my father’s footsteps. Now over the last five years, there have been too many movies to choose from, even in that sense we’ve had to narrow it down.

I think it’s largely because of the activists, there’s always one or two every generation. Even Jane Fonda was such an activist who was ahead of her time, but Marsha Hunt was really the first, certainly the first woman, in the business who was the first to spend her life for these causes and not expect anything in return. So that generosity of spirit is the reason that she’s such an influence on people that I know, and I’m hoping this award will encourage more people to get involved and make films about these taboo subjects.

We’re at a point where we have to really look at the issues, because racism, anti-Semitism, nuclear and environmental issues, they’re all reaching a point that we really have to be concerned about them. I’m very involved in animal rights and my father made “Bless the Beasts and Children” — it was really the first animal rights movie — in 1971.

As an actress, Kat Kramer has appeared on stage and screen. She has starred in two one-woman shows, “The Colors of Myself” and “Kriss Krossing,” and won awards for her roles as Helen Keller in “The Miracle Worker” and Anne Frank in “The Diary of Anne Frank.” She has also appeared in films such as “Hollywood Dreams,” “Going Shopping,” and “What Just Happened.”

Tell me about growing up, your love of film and your dad.

My dad did so many firsts, now that I think about it. Not only did he tackle issues people were afraid of, he was the first to bring so many subjects to the forefront. While I follow in his footsteps, I don’t always intentionally do that, it just kind of falls into line.

I don’t think that influenced me in being in the arts in any way, it just happened to be what I wanted to do, and then it branched into acting, producing, film writing, and writing.

I have a one-woman show called “My Duet with Mick,” and it’s a one-person solo show with music I’m still developing that’s all about Mick Jagger and The Rolling Stones, and it’s a whole journey. So the screening series for me is something that I feel the need to do, but it stands on its own, as its own entity, with or without the other things.

Were you ever under your dad’s wing when he was filming or talk to him about the industry?

By the time I came around, he was done with most of his big films. He had my sister and me when he was much older, so we didn’t get the luxury of being on his sets. He was also a very private individual, so I guess I learned just by being around it.

I didn’t grow up in Los Angeles. I grew up in Seattle and New York and that really gave me stability. Too many children who grow up in show business households become mixed up, so I’m really fortunate that didn’t happen. It’s a tough business. It used to be that social issues — any project that had that theme to it — would be kind of frowned upon. Now it seems to be embraced, and television seems to be putting on more progressive projects and movies with meaning, rather than features all of the time.

Read more about Kat Kramer’s Films That Change the World.