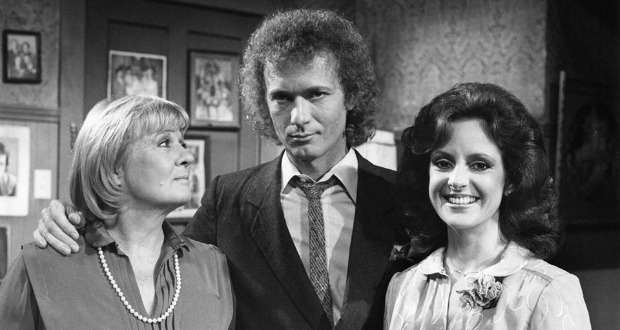 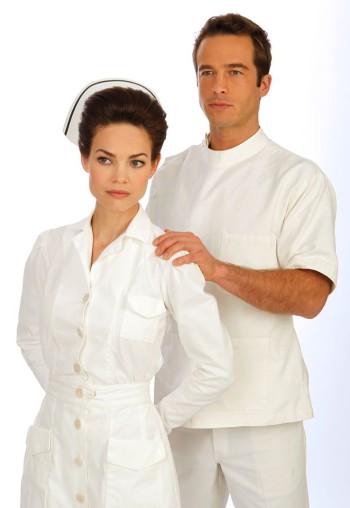 We need to talk. My biggest problem this past week was breaking news. I was happy to hear about the deal with Iran, but why do they always pre-empt “General Hospital” to share these news stories?

GH is on at 2 pm in my market, and I missed nearly the entire show. I can watch it On Demand, but not for several business days. I can watch it online, but not for several business days. Why the delay, GH? Can’t you release shows sooner so viewers can stay current? Put it up online that night or the next day! I don’t want to watch Friday’s show till I’ve seen Thursday’s, but there is no way to see Thursday until next week. This is a huge problem. When SoapNet carried the show at night, that was my fallback. Now I have to wait days to catch up. It’s not cool.

Thank you, GH, for the #GH52 anniversary show offering a reenactment of our beloved original characters, including Jessie Brewer and Steve Hardy. I and so many viewers loved this episode. It was particularly wonderful to see some of our current actors portray those old characters with perfect tone, body language, and speech patterns. It was all dead-on. And Jessie’s nurse’s hat was just fab.

Front and center last week was the final reveal of the Fluke story. I keep saying this, but I am just not a fan of this one. It took a bajillion years for this to affect Luke? And now he has suddenly snapped out of it? Patricia just sent her younger brother and sister off to an unknown aunt (who happened to be a madam) and never followed up? Bill Eckert’s final words have now been reinterpreted? Fluke is miraculously washed away suddenly? All that nonsense about two Lukes in the same room in the past year was just Luke talking to himself? The characters are able to get from Pennsylvania to Port Chuck within what seems like minutes? And why did Patricia have a slight southern accent?

Now despite my criticism, I felt this was all expertly played and filmed. I loved Luke watching his former self. Carly as his mother was exquisite. Tony Geary playing Luke’s dad was excellent. It was an episode worthy of awards for everyone involved. Bravo for this.

I was thrilled to have a character with an autoimmune disease (Patricia), representing something that is so common now in so many viewer’s lives (mine included). Very timely. Unfortunately, GH, you killed her off just as we started to think we were going to love her. I’m really upset about this. Lila was in a wheelchair and was on the show for years and years. Patricia could have played an important part moving forward. I’m thumbs downing this one.

I’m a tiny bit in love with Duke Lavery, and I enjoy him as the gentleman gangsta who passes cash in the tea box. Get the kilt out again, Lavery—you know you want to, and I will cheer. I want to know what’s going on with Duke and Lucy and if they are truly a couple. Duke’s handling of Jordan was top notch, so polite and evasive. I wasn’t a fan of Lavery confiding in the unknown bodyguard about Jordan, mostly because I miss Max and Milo. There’s no goon like a Giambetti goon.

I chuckled last week at Alexis worrying about Patrick seeing her nipples. This was a fun bit and well written. Alexis and Patrick have some chemistry. That would be interesting, wouldn’t it, since Sam slept with her mother’s husband (Rick) when she first came to town? It would be a little “turnabout is fair play” if Alexis and Patrick ever got together. Hmmm….. Sure Sam, go ahead and move in with Patrick.

I’m predicting some issues. Sam is just not the suburban type. Particularly with that damn black bra under see-through clothes that made yet another appearance. No! Make it stop! A wardrobe intervention is necessary. The soccer moms are going to side-eye you in that get up, Sam.

Did GH come into some cash? There was clearly a jewelry upgrade on set. Jordan’s intricate many strand gold necklace was stunning. Bobbi’s free-form gold pendant was also really lovely. Wyndemere got a set redesign, too, with some bright colors and modern art that brightened that dusty old mausoleum up a bit. You should have sealed up the secret door to the tunnels, though, Nick! Apparently, Alexis will be redecorating Sam’s pad, too. Lots of work for set designers happening at GH.

Speaking of Wyndemere, I love Sonny and Spencer together. Sonny is just so perfect with him – tender and gentle. I’m going on record saying I am not a fan of the Elephant Man mask with the yarmulke in the back of it. It doesn’t even fit – the elastic is folding Spencer’s ear over. I’ll be watching to see what happens with Spencer’s discovery of Jason’s ring.

Is it a rule that when Jason loses his memory he has to work in a motorcycle shop? Because that seems to be the case.

I wanted Olivia to just tell Carly why she had to comp Franco and Nina at the hotel. They used to be friends when Olivia first came to town. I wish they still were. Carly is no fan of Julian or Franco and would definitely have a plan to pull Olivia’s bacon out of the fire. Carly is the girl to have on your side if you need some help with nefarious scheming. She is as good as Lucy Coe used to be back in the day.

Speaking of Lucy Coe, what is going on with the Nurses’ Ball? She invited one person to participate. Is there going to be a ball? We need it! What’s going on?

Here’s my issue of the week, GH. The unemployment rate in Port Charles seems to be rather high: Lucy, Tracy, Morgan, Kiki, Nina, Franco, Bobbi, Maxie, Felicia, Hayden, Luke – the list goes on and on. How are these people supporting themselves? (Well, Tracy has family money, we assume, even though Edward left her nothing?). And then there are all the folks who seem to sort of work for themselves: Alexis, Rick, Julian, Sonny, Spinelli, Sam. I’m concerned about the economy in your city, GH.

I’ll be away this week, GH, but I’ll catch up once I’m home. Take care of everyone.