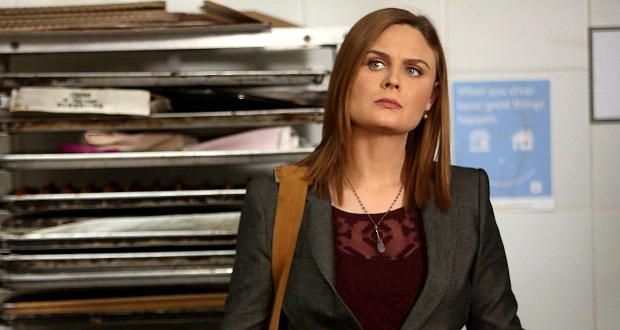 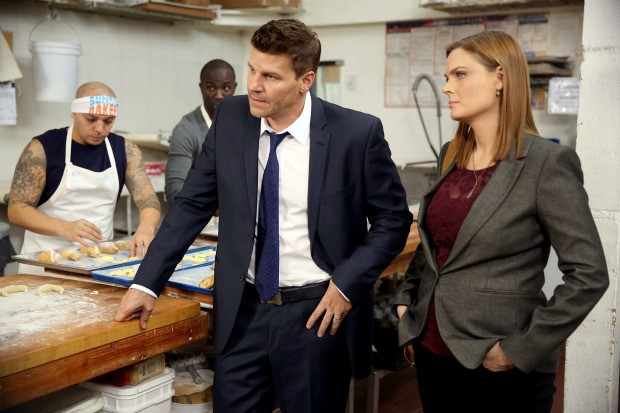 One of the characteristics that I really like about “Bones” is that many times, there is a focus on an important social, religious or political issue – without bringing great controversy. I think more to get a topic out in the open and for people to discuss and/or think about.

In”The Baker in the Bits,” one such issue is brought to light in the storyline between Cam and Arastoo. Arastoo’s brother is very sick with terminal cancer in Iran, and he decides to go back to be with him and make sure he gets the best treatment possible – even if it means he may be killed or imprisoned.

Of course, Cam is devastated and angry that he isn’t considering her. She wants to marry him and doesn’t understand why he would go back when he hasn’t for years. Who’s side of this issue were you on?

I really like that he reflected that he still loved his country (Iran) and that there are good and beautiful things about it. He also made it clear (with the help of some of his friends) that Cam is important and that he loves her very much, but it’s his family – his brother – and he doesn’t want him to die alone. It was hard for Cam to argue with that, but I definitely felt for her, didn’t you?

The main storyline (although in my mind, Cam and Arastoo won the storyline competition) has a dead ex-con, Connor Freeman, who has been tortured, chased and then accidentally falls into a blasting zone where he meets his end. Oh, and that’s after having a tattoo partly cut out of his arm. They always come up with crazy ways for the victims to die on this show, don’t they! Lol.

Anyway, Connor worked at a bakery that was started to help ex-cons get a second chance – to work and feel like part of society. Booth could relate to it after his time in prison. He tells Brennan that you do what you can to survive in prison, and she listens.

In the first scene, we saw how upset Booth was that he misplaced the photo of Brennan and Christine that he had with him when he was in the big house. He tells Bones how much it helped him get through his time there.

On a side note: I’ve watched a lot of the prison shows (my son likes them) and it looks horrible – which is how it’s supposed to be. One of the biggest problems is that the system doesn’t seem to work (that’s a whole other topic for “60 Minutes”). There are a lot of really bad people in prison, but lesser offenders are thrown in with hard core inmates and hard core security officers that don’t seem to care about the different situations. Some inmates are honestly treated like animals. Gangs form that you have to join or else you may get killed. Some of the cells are so sparse that it’s hard to imagine how one doesn’t go crazy. Try watching one of those lock-down shows sometime. Talk about being scared straight – that would be me!

Oops, I didn’t mean to go off on that tangent, but see how the show brings up thoughts and conversation…

Back to the show. Roger Flender is the bakery owner and has a soft spot for ex-cons. His bakery is devoted to only ex-cons, and he is in full support of giving them a second chance (another message the show is giving). Connor gets involved with drugs and one of the ex-cons. Unfortunately, one of the “bakers” ends up being the killer, showing that not all ex-cons change, but society should give them a chance. I believe that, too.

There were some good chuckle moments in this episode, didn’t you think so? With Hodgins and Angela and Booth and Brennan.

I really liked the last scene with Booth and Brennan in her office. They used to have “end of the episode”scenes in her office a lot … back in the day. I’ve missed that.

Other things of interest:

Aubrey seems to be eating all of the time!

Angela and Hodgins have used zip-ties, and she isn’t doing it again.

Booth’s comment on the killer: “Some people are just missing that little piece of goodness, and there’s nothing you can do about it. ”

Cam and Arastoo have a wonderful kiss.

Booth and Cam discuss her problem, and he tells her “If Arastoo can work with Bones, the Iranians will be a piece of cake.”

Your thoughts on this episode? Leave notes in the comments below.