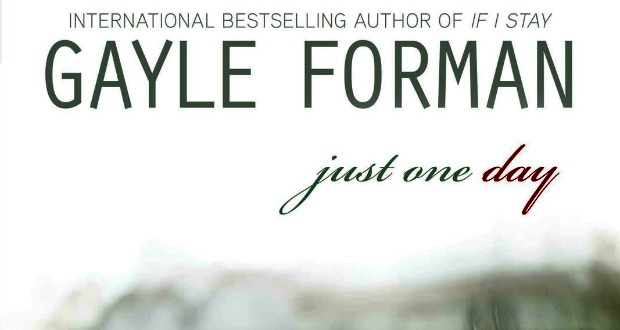 You can’t like YA and not know Gayle Forman’s name. She’s the author behind “If I Stay,” a novel which was adapted into a successful movie with New Line Cinema that starred Chloe Grace Moretz in 2014 (read Jane’s review).

The next work of Forman’s heading to the big screen is her duology “Just One Day” and “Just One Year,” which will be combined into a single film by Universal Studios.

“Just One Day” follows Allyson Healey, who spontaneously decides to spend a day in Paris with a young Dutch actor named Willem, which leads her on a year-long path of self-discovery. “Just One Year” follows the same story through Willem’s point-of-view.

Most YA books that are optioned never become a film, so it’s exciting to see that Universal is going ahead with “Just One Day.” Isaac Aptaker and Elizabeth Berger, who recently adapted the YA novel “The Future of Us” by Jay Asher and Carolyn Mackler, have been tapped to write the screenplay. Fake Empire’s Josh Schwarts and Stephanie Savage will produce.

But people who enjoy adapting YA novels will hopefully treat the source material with care, and the best movie adaptations are those that honor the book while adapting to the big screen.

Forman’s newest novel is “I Was Here,” about a girl who hunts down the members of a website who convinced her best friend to commit suicide.

What do you think about the screenwriting team? Are you excited to see “Just One Day” on screen?