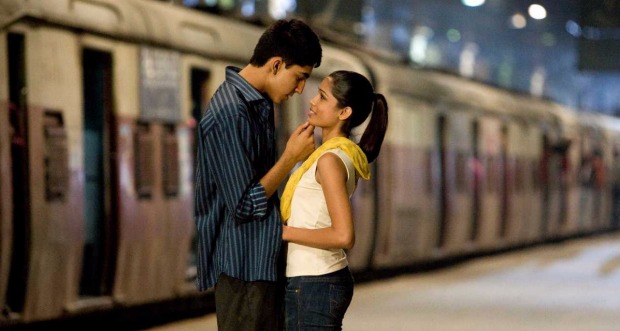 When you boil movies down to their true essence, they are an attempt by the filmmaker to give a new or fun interpretation of some aspect of the “human condition.” Pitch meetings are routinely started with the phrases “Everybody likes….” or “Everybody needs…” or “Everybody wants….”

The most common movie themes revolve around some aspect of love, followed closely by money.

Most of us are fully aware that it’s possible to achieve millionaire status through hard work, having a talent, or being a star athlete. However we’re also fully aware that working hard, having talent and being good at sports carry no guarantee of financial success. Therefore, one of the most prevalent fantasies is that of sudden riches.

This fantasy is the reason millions hope that pure luck will be on their side when they buy lottery tickets or register for the Publisher’s Clearinghouse sweepstakes. Others look for more active and fun ways to win a million dollars, such as the annual Madden tournaments, the Pillsbury Bake Off, or the Bassmaster Classic Fishing Championships.

Sometimes you do not have to be a celebrity or sports star to take part in major championships, take a look at “Shark Cage,” for example, where amateur poker players are given the chance to play against celebrities for chance to win a million dollars. 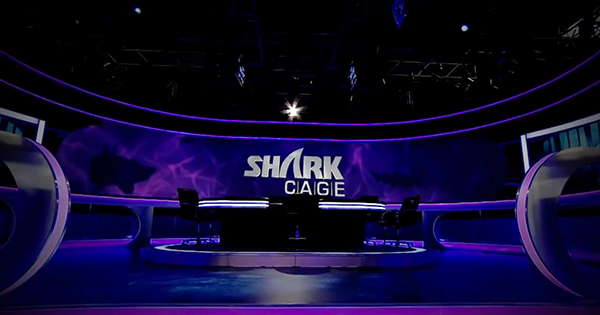 The movie industry has also tapped into this fantasy. Here are six of the best movies about people who suddenly find themselves super-rich. 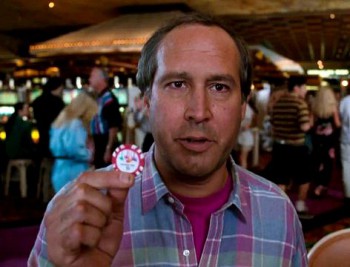 With almost every step in Las Vegas, one sees the chance to win life-changing riches. Clark Griswold (Chevy Chase) studies every game and loses, while his son Rusty (equipped with a fake ID) wins every game he tries.

Clark ends us going through his bankroll attempting to get even, while Rusty wins three cars, a ton of money and scores a complimentary high-roller suite.

“Vegas Vacation” touches on every Vegas stereotype, and while it didn’t make our top two Vegas movie list, it is one of the best of the “Vacation” films. Look for a brand new film in the franchise, titled simply “Vacation,” in theaters July 31, 2015.

This Nicolas Cage film is one of the best movies about winning money. Cage plays Charlie Lang, a New York cop who finds himself short of cash and is unable to tip the coffee shop waitress, played by Bridget Fonda.

He jokes that if he wins the lottery that night, he’ll come back and give her half. It turns out to be Charlie’s lucky day; he wins $4 million and goes back to the coffee shop to follow through on his promise. Charlie’s wife, on the other hand, wants all the cash for herself.

The movie virtually guarantees that you’ll buy a lottery ticket the next day, and drives home the fact that nice people with money are still nice people and that greedy people are never happy regardless of what they have.

Las Vegas is full of superstitions, and one of the oldest is the existence of “coolers.” It was believed that coolers were followed by bad luck to such a degree that they could end a “lucky streak” just by showing up at the table.

In “The Cooler,” William H. Macy plays the role of a cooler perfectly. Macy works for one of the casinos, where his only job is to go to any table where the house is losing big. Every aspect of the cooler’s life is unlucky, until he falls for one of the cocktail servers at the casino.

“The Cooler” is definitely “old school” Vegas, and Macy plays his part with understated perfection. He stoically accepts his cooler status and lack of luck with emotionless resignation, and enjoys the benefits of new found love with childlike glee.

Poker has played a part in movies for decades. While most have totally failed to get any aspect of the game even remotely correct, they have supplied some great storylines.

“A Big Hand For the Little Lady” follows a traveler, his wife, and his son, who arrive in town just as the annual “big” poker game is taking place. The traveler, played by Henry Fonda, manages to get a seat at the table, even though he is a really, really bad poker player.

In the middle of a hand when he’s bet their entire life savings, he suffers a heart attack and is unable to continue playing. In an attempt to save the family bankroll, his wife (Joanne Woodward) takes his place. The problem is, she has never played a hand of poker in her life.

While the movie sounds all serious and somewhat depressing, “A Big Hand for the Little Lady” is a comedy western with an all-star cast. Aside from the flaws in the actual poker play, it’s a very fun film. 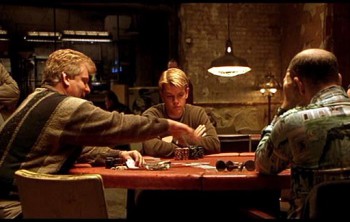 While most of the films revolving around poker get every aspect of the game wrong, “Rounders” gets it right. It’s the story of a poker-playing law student played by Matt Damon and his friend “Worm.”

Many of today’s poker players say they started playing after seeing the movie and, in fact, it’s difficult to sit at any poker table for any amount of time without hearing someone deliver a quote from the film.

“Rounders” avoids the Hollywood “play poker, get rich” formula and goes a long way to stress the strategies and skill needed to play the game, while providing a realistic glimpse into both recreational and “serious” players. The final hand of the movie makes for one of the most authentic poker scenes in any film.

The “rags to riches” plot line is a Hollywood staple. However, no film has ever taken it as literally as “Slumdog Millionaire.” In the film, Jamal Malik (Dev Patel) is an 18-year-old orphan from the slums who earns a spot on India’s version of “Who Wants to Be a Millionaire.” The entire country is glued to their television sets as Malik, who works as a telemarketer, prepares to answer the biggest question of his life in order to win 20 million rupees.

Prior to Malik’s final appearance he is accused of cheating, solely because of his upbringing.

In addition to being the perfect underdog story, “Slumdog Millionaire” teaches a valuable lesson that applies to all aspects of life, not just those occasions where we can gain instant wealth: Pay attention to your life, don’t just go through the motions.

The sum of a million dollars has a special place in our psyche, as does the fantasy of huge windfalls. Since neither of those things is likely to change in the near future, movies about money will be a major part of film culture.

Granted, most of the films listed above will never be studied in future film classes. However, these six films do a great job of telling the story of one of humankind’s most enduring quests — making money.