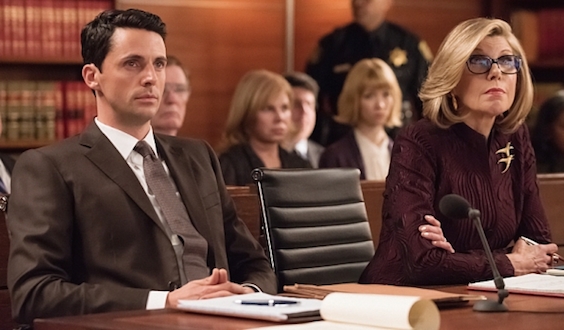 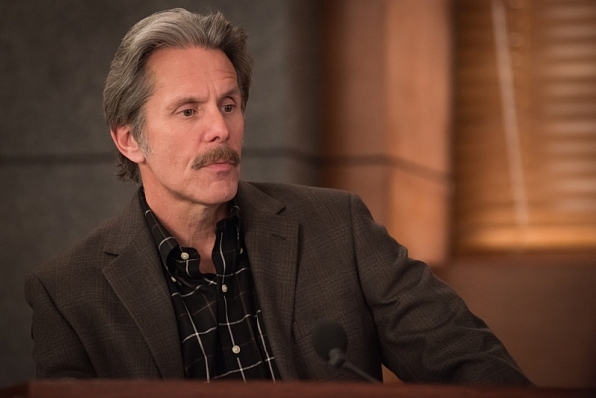 Well, good-wifers, it’s starting to feel a bit like they’re treading water, as we get ever closer to, but are not yet at, Election Day for the State’s Attorney race. This week’s episode of “The Good Wife” sees Alicia considering whether to take down Peter for his racial disparities as SA.

Alicia won the interview she was preparing for in last week’s stellar episode, as we expected she would, and is now firmly ahead of Frank Prady in the polls. Prady still refuses to smear Alicia, so to appease his campaign manager he agrees to instead attack Peter. Elfman wants Alicia to do the same, thinking it’s a great idea for her to distance herself from her husband—that is, until Eli gets wind of it and threatens to remove Elfman’s new job prospect, one that will take him away to Sacramento, California.

Elfman commits the worst offense for most politicians: he flip-flops. When Eli threatens to badmouth him to his potential new employers, Elfman gives in and tells Alicia not to attack Peter. But after talking to Marissa—who rocks so hard, telling Elfman, “handsome men are so weak”—he changes his mind again and tells Alicia that attacking Peter is the smart thing to do, and that she should show him no mercy. I’m so glad he’s starting to take Marissa seriously.

This also means Elfman is choosing Alicia, both professionally and personally, over his career. He’s choosing what’s best for her in the race instead of what would benefit his career, and he’s presumably choosing to stay in Chicago. When Alicia comes home to find him at her door, he’s flustered and awkward. Such fun to see! They share some smoochies, and she supposedly invites him inside.

I’m glad to see Finn is present in this episode, working with Diane in a case against a gun designer, but I’m sad there’s been no interaction between him and Alicia. I’m definitely Team Finn, as you may have guessed, though I don’t necessarily have anything against Elfman. Hopefully there’ll be more of a triangle as we gear up for the finale. Otherwise, why is Finn still hanging around?

Diane and Finn’s case takes up much of the attention this episode, as it gives us a glimpse into Diane’s relationship with her husband, ballistics expert Kurt McVeigh (Gary Cole). Good to see their marriage is still strong, since we’ve heard nothing about it since it happened back in early Season 5. But it seems, of course, that the writers are bringing them back just to mess with them; otherwise, why would we need to see what they’re up to?

McVeigh testifies in Diane’s—well, Finn’s, case against a man’s open source, adjustable design for a 3D-printed gun. The designer advocates the use of a certain 3D printer on his website, but when someone prints the gun and it malfunctions, paralyzing his friend in the process, Florrick Agos Lockhart (and Finn) decide to make it a liberal crusade of sorts.

As McVeigh learns more about the gun and how it doesn’t malfunction when he tests it, he refuses to get on Diane’s political crusade. Diane is forced to subpoena him, which naturally puts tension on their relationship. After Kalinda, who’s barely present in this episode, finds a damning video showing how the gun designer is at fault (by not placing a warning on his website about the effects of cold temperature on plastic, and ultimately blaming the consumer), the designer’s lawyer convinces FAL to settle for $5 million. With the case closed, Diane apologizes to McVeigh for letting her political beliefs get between them, and McVeigh suggests, naturally, that they go on a hunting trip with a wealthy man. We may need to tune in next week to see what that means.

Alicia also visits Louis Canning in the hospital’s ICU, where he’s recovering from a kidney transplant. Even while deathly ill, Canning still makes lots of trouble for Alicia. He tells her he wants to donate money—some $18 million—to the family of the organ donor who made his transplant possible. David Lee is Canning’s estate lawyer and won’t give the money away, because he fears that the pro-Palestinian organization the family wants to donate the money to may be a terrorist organization. Canning insists that Alicia deliver the money for him.

She does everything she can, and ultimately clears the way for the money to be sent. She also has a moment with Canning while he’s unconscious, where she admits to him that she doesn’t want him to die. “I know you’re a bad man,” she tells him, “but I sort of miss you. I don’t know why; I seem to have some bad boy issues.” Hmm… Is that why nothing’s happening with Finn?

Eli reveals to Alicia what she probably should’ve seen from the start: Canning is setting her up because he wants her to lose the SA race. Back at the hospital, Canning is suddenly much better and accuses Alicia of trying to trick him, because when has he ever been known to do something nice for another family? As entertaining as it is to see her get him back by not giving him his cell phone, the whole situation between the two is just kind of odd, especially with Canning potentially on his deathbed. It also makes me a bit angry, how rich people decide to throw around their millions.

Prady and Alicia discuss the upcoming election in a lovely moment. They’re so great when it’s just the two of them, not being (mis)guided by their campaign managers. Prady thinks Alicia has the election sewn up, while Alicia says it’s too close to call. When she asks him if he would have done anything differently, he tells her he would have come clean about his closeted allegations: he’s not gay, he’s Jesuit. He believes that remarrying after his wife died would equal adultery. He thought the truth would look weird to the voting public. Alicia tells him he’s better than she is.