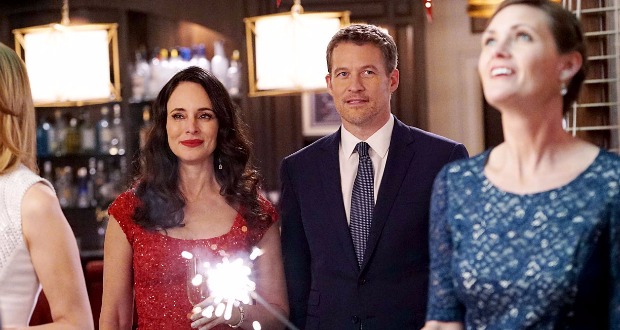 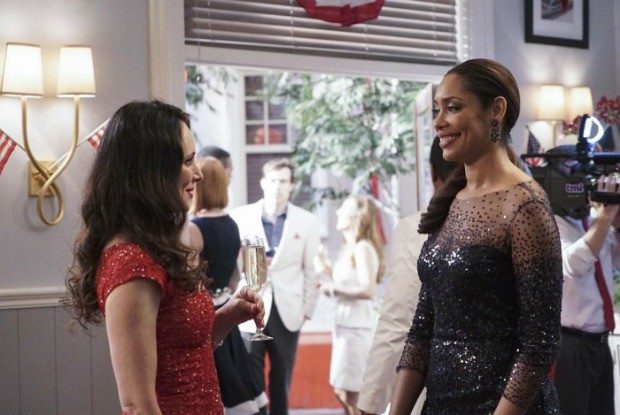 Well, well, “Revenge” fans, we finally saw the evil side of Natalie on this 16th episode … oh my gosh, I can’t believe we are already on number 16, can you? There has been talk (rumor) that this could be the last season for this night-time soap. I sure hope not.

Back to Natalie – oh boy. I didn’t see this storyline coming. I mean, wow, she was one of Conrad’s mistresses and starved his father (literally) until he agreed to change his will, leaving the inheritance to her. It was bad enough that Natalie started cozying up to David (What’s wrong with him? His choice in women isn’t his strong suit), then announced she was the sole heir to the elder Grayson’s estate. To top things off, she told Victoria that she was going to put on the Fourth of July party! Was she nuts thinking she was going to push Victoria that far? I guess so!

Margaux … she just can’t let it go with Emily. It’s taken over her life. She obviously doesn’t like anyone to beat her, but … she’s against Emily – the queen of sly. The scene in which Ben gave her Emily’s birth certificate (Amanda Clarke) did fool me. I thought, “Ben, what the hell?!” But of course, I should have known. The three amigos (which now includes Ben) were ahead of the game. Margaux was furious with the fake birth certificate, and then her plan to get Ben’s ex-wife beaten up or killed was prevented – again by Ben and Emily. I sort of felt bad for Margaux, it can’t be good for her self-esteem – laughter on my part.

They got rid of sleezy Lyman, didn’t they? After blowing the trial for Victoria, he tried to reconcile (I knew that was fake) with Louise – who thought he was being sincere. But, as we all saw, it was Margaux behind the whole thing. She wanted Lyman to get information off of Nolan’s computer that would catch Emily and put her away. No can do, Margaux. Hum, let’s just have Louise figure out the truth, get in a pushing match with her bro, and maybe he will fall off a cliff. Yes, that’s it! I did feel bad for Louise. She didn’t really push him, he fell backwards during the struggle for the flash drive. Yikes – and she couldn’t come to tell Nolan the truth. He will believe it was an accident. He knew Lyman was bad news.

Poor Jack. He told Emily how he felt last week and was shot down. Now he’s arrested for drunk driving, without even taking a sip of booze. “You know who” was behind it. That was the the final straw for me, I want Emily to take Margaux down! She’s turning out to be just as bad as she claims Emily is. You need to do a “self-check,” Margaux, seriously!

I am hopeful that Emily, Ben or Nolan will get him out of jail. I’m pretty sure that will happen – then what? Maybe Jack will take care of Marg? Who knows, it’s anyone’s guess on this show, right?

My top moments of the episode:

Lyman’s fall off the cliff (that’s not nice of me, is it?)

Nolan and Louise getting massages together.

Margaux finding out that the birth certificate was fake.

Is everyone still liking “Revenge”? Who’s your favorite character and why? Leave comments below!