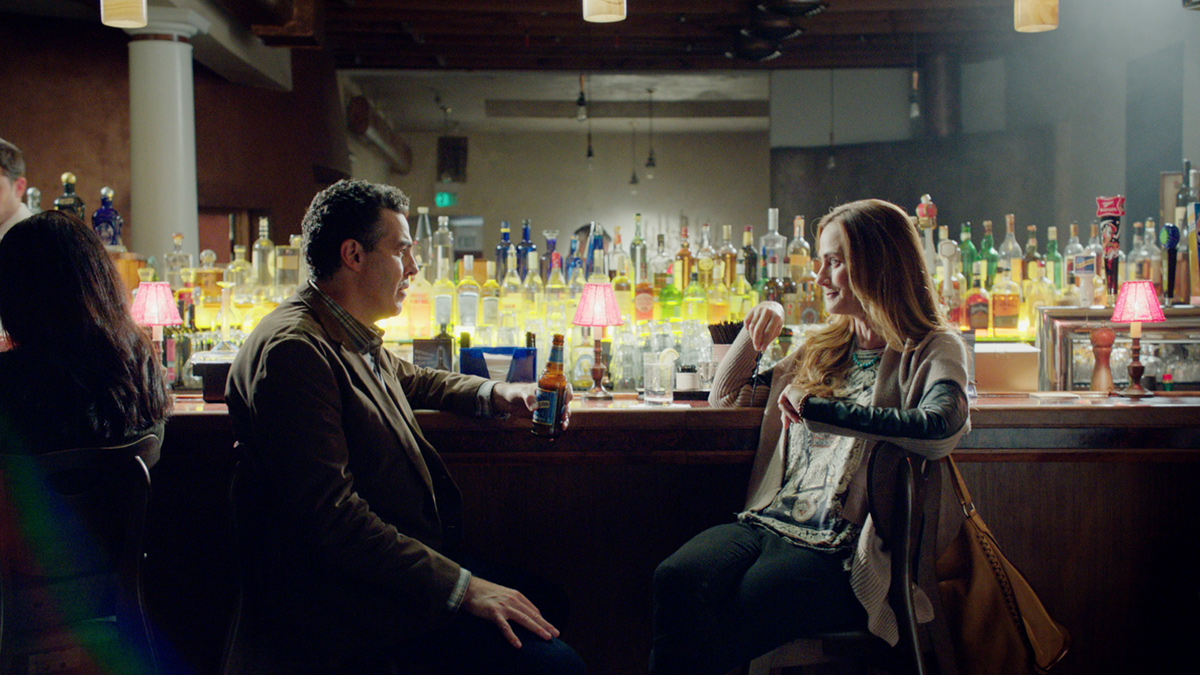 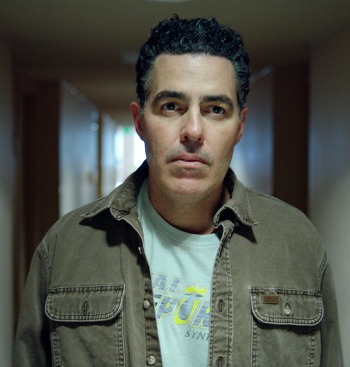 Synopsis: Bruce (Adam Carolla) is a divorced stand-up comedian who is a slave to child support and lives in the guesthouse on his former property while his ex occupies the upscale main house with her lover and his daughter. Once a successful TV comedian/show host, Bruce has been on the road for almost 20 years, performing in increasingly dingy comedy clubs. He’s burned out, feels trapped and desperately wants to get off the road. Comic misadventures on and off the road follow.

Spoiler Alert: Most of the “Road Hard” plot is devoted to Bruce’s career struggles, but love comes into play in the third act and impacts the ending, which we reveal. Sorry. You can still be surprised by the very funny scenes.

What happens if you’ve had it with your career and have financial responsibilities and/or child support, but don’t feel like you have any other options for making money because you believe you’re not good at anything else? That’s Bruce’s predicament. Maybe you can relate to some or all of it. Men, this is the nightmare that is, was or could be you. In the female version, substitute the ex doesn’t pay child support to relate fully.

Into Bruce’s trying life on the road comes the smart, absolutely lovely Sarah (Diane Farr.) He first meets her after a show, when he’s supposed to have a drink with a radio call-in winner. “This is refreshing,” he says when first he sees her. But alas, in the tradition of the rest of his life, she is not the winner: Her sloppily drunk girlfriend is.

Bruce arrives completely unprepared for a high-paying gig his agent got him for a corporate roast, and there she is again – a VP of the furniture company. Setting him up, Sarah gives him notes on the execs that lead to disaster. When asked why, she tells him both targets were hypocrites, but more to the point, she calls him on being careless and disrespectful. She’s right, and he doesn’t deny or defend himself. In a way, her busting him and his reaction is a test. You know how women like tests.

Apparently, Bruce passes the test, because months later, Sarah, who lives in Vermont, surprises him by coming to see him perform in Boston. There’s chemistry there, but Sarah is still feeling him out. Bruce confides that he’s a comedian because he wasn’t good at anything else but being funny. That’s all he knows how to do. And why does he live in Los Angeles? Because that’s where the business is. When Sarah invites him to her home, he pitches sleeping over. She counters that she hardly knows him, but he insists this coffee together is their third date. (Is three dates the new standard for having sex?)

Sarah’s tempted, but declines. The next day, she drives him to her world – a lovely house in nature, which includes the workshop her deceased husband, a furniture maker, created. Woodworking is Bruce’s hobby, and this is a dream shop. Seeing her stuck front door, Bruce expertly takes it down and levels it. The moment Sarah sees it works, she throw herself in Bruce’s arms and kisses him.

How does this dance compare to real life? Bruce and Sarah are adults who have been around the block. He’s divorced, she’s widowed. They want to change their lives. They want love. She needs to know: Do I respect this man? Can I trust him? Can I be vulnerable? Very feminine women bond during sex because everything about it, from foreplay to orgasm, releases oxytocin, the bonding hormone. They don’t want to get attached to an untrustable man. Hence, the questions and the testing.

Sarah respects a lot about Bruce, despite his negligence at the roast. She sees that he’s good at what he does, funny and smart, and still has a little of his past celebrity. Yes, he’s been screwing up, but he’s very honest and present with her. Women want men who are honest and present.

In the end, Bruce is offered the career chance of a lifetime as a reality show host, but turns down the fame and fortune to restart his life with Sarah, living in Vermont and making furniture. When she asks him if he regrets it, he tells her that he’s tired of tearing people down. He wants to build things up.

Would a guy (or gal) do that? Get out of the spotlight? Turn his back on the money and career advancement? Actually, it happens. People get done with jobs, careers, and places to live. Whether it’s polyester or golden handcuffs, men and women of all ages, but especially midlife and 50+, go through crises where they know they just can’t keep doing what they’re doing. They have to find meaning in their lives or they will die inside.

Relationships can drain us, but sometimes they really do save us. Good relationships add strength to who we are and can give us the power to make big changes and excel. In “Road Hard,” Bruce is open, ready and willing to change. Sarah is the catalyst that propels him to a new way of living that is more authentic and fulfilling.

In counseling, we often see clients with career issues who say they’re not ready for a relationship because they have to make their career work first. They haven’t had good experiences in relationships and believe that starting one will either damage them or take them off track. That’s true if they don’t know how to choose good partners. If they have the right basic parameters for dating, such as picking partners who are — number one — sane, want and know how to commit, can communicate, be a team member and work through inevitable problems, their lives and hence their careers will be enhanced. That person will help them.

But what happens with married or cohabiting couples when one partner is unhappy in their career, feels lost or doesn’t know what to do? It’s a difficult situation, and it often comes up in personal and relationship counseling.

It can be particularly tricky for men because they don’t usually get their sense of purpose and self-esteem from their relationships. Interestingly, over the years we’ve seen more women having this problem. But even so, most women still make relationships and family a priority, and so they have a more important or equal source of self-esteem.

If you’re in a bad relationship, you and your mate probably don’t have the will or the skills to help each other work through any problems, let alone existential career ones. On the other hand, if you’ve created a good relationship, the foundation and support is definitely there to move through the challenges.

Since it’s unlikely that either of you are personal or career counselors, the most effective thing you can do is get whoever is having the problem to go to career counseling ASAP. He or she might also need personal counseling to get over confidence and other deep issues. And if the problems are affecting the wellbeing of your relationship, do couples counseling, as well.

I know this is a lot of counseling to recommend, but if there is a crisis, it’s like any other one. Fix it now, before things get worse. Because in fact, just like for Bruce and Sarah, things can get a lot better, even wonderful.