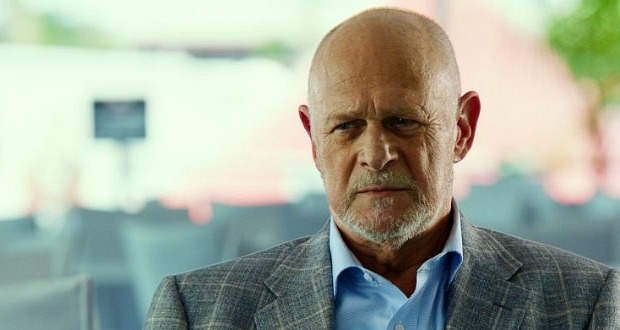 Most people know Gerald McRaney from the long-running series “Simon & Simon” and “Major Dad” and, more recently, “House of Cards” and “Longmire,” in which he plays the wealthy and powerful real estate magnate Barlow Connally. McRaney currently stars alongside Will Smith and Margot Robbie in the Warner Bros. film “Focus.”

I got the opportunity to chat with McRaney about his role in “Focus,” as well as his new series “Agent X” on TNT and his return to “Longmire,” heading to Netflix with season 4 later this year.

Tell me about your role in “Focus.”

Well, there’s not that much to tell – I’m sort of a hard-ass guy. I play a chief of security for a very wealthy man who Will Smith is trying to con in a very big way. I’m sort of the barrier between the two, but my boss won’t listen to me. If he did, we wouldn’t have much of a movie.

You’re starring in a new series on TNT with Sharon Stone. Can you tell me more about that and the role you play on that show?

It’s called “Agent X,” and I play the Chief Steward of the Vice President and Sharon Stone plays the new Vice President. She discovers after she has gotten the  job that there has been, throughout history, a special agent that works totally at the command of the vice president, and no one else in the government knows about this agent. This was built into the Constitution. That’s basically the premise of the show – the adventures that are had by the vice president and her secret agent. As I said, I am the Chief Steward, but in addition to that, I am a former Agent X myself and the handler of the guy who is the current Agent X.

When does the show premiere?

I have no idea. We start shooting it in about a week or ten days, thereabouts.

Will you be returning to “Longmire”?

Yes. We’re trying to work out dates right now so that I can go back and do “Longmire” and this new series at the same time.

Any scoop on the new season of “Longmire”? Have you seen any scripts?

None whatsoever. I haven’t seen a script, an outline. I haven’t even heard a rumor yet.

I love that show! You’re awesome on it!

I do too! I love working on it.

You’ve been acting for several decades. What draws you to a project? Has it changed from when you were acting in your 20s to now?

People still talk about “Simon & Simon.” Adam Scott and Jon Hamm went so far as to recreate the opening credits shot for shot. (McRaney laughs.) Did you see that?

Yes, I did. I bumped into Jon at the Emmys. I sidled up next to him and whispered in his ear, “Some guys just can’t wear the hat.”

What do you think is the long-term appeal of “Simon & Simon”?

I think it was two guys having fun with what we did. Jameson and I did – for eight years. We just had a ball making that show. I think the fun that we had translated into fun for the audience. People identified with it – some a little bit too seriously. We used to get mail all the time from people asking us to find lost relatives of theirs. But then someone once said to me that people think “Star Trek” is filmed on location!

(We commiserate about the recent passing of Leonard Nimoy.)

He and I had the same acting teacher. I never worked with him. I saw him in a production of “The Man in the Glass Booth” down in San Diego. Our paths crossed, but we never got a chance to work together. I would have loved to. He was a very good actor.

Is there any role you would like to play that you haven’t yet?

There are two. One is Big Daddy in “Cat on a Hot Tin Roof” and the other is Claudius in “Hamlet.”

You’ve been married for 25 years. What’s your secret to a successful relationship?

I married Delta Burke! I was a two-time loser when Delta and I met. I had sworn off the institution because I was obviously no good at it, so it’s gotta be her and not me.

My favorite book is “Light in August” by William Faulkner, and the book I’m reading right now is “The Churchill Factor: How One Man Made History” by Boris Johnson.

One of my favorites also! I grew up in the south!

She doesn’t like my greens, but she likes my black-eyed peas, and she likes what I do with mac and cheese.

Movie you can watch over and over?

“Gone with the Wind” or “Casablanca.”

Any other projects you’re working on?

No, not right now. Doing two things at the same time is enough for my feeble mind. I feel very, very fortunate to be doing the things I’m doing right now. I’ve had a very good run here lately.

Some time we should get together and I’ll fix you some collard greens and black-eyed peas!

I’ll be right over!