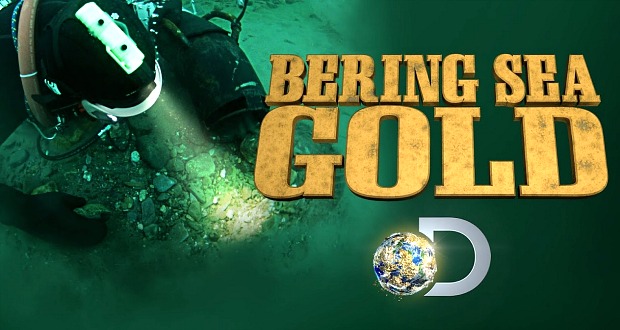 A new season of “Bering Sea Gold” is upon us, and this may be the year when a lucky few finally see their golden dreams come true. The Discovery Channel reality series returns for a fourth season tonight.

Viewers will be able to follow the continuing saga of a fleet of boats manned by miners who scour the bottom of the Bering Sea in search of the valuable—and often all too elusive—deposits of gold buried deep beneath the frigid waters.

The folks at Discovery Channel promise that this season at least some of the dredgers (as the captains and their crews are known) will hit it big. The previews tease with hints of the “biggest gold haul so far.”

Even among a cast full of interesting characters, Emily Riedel stands out. There’s the fact that she’s the only female captain in the fleet, of course. And at 26, she’s also considerably younger than most of the others in the industry, including most of her crew.

The new season wrapped up filming several months ago, so Emily is currently enjoying some well-deserved downtime before preparing to head out to Nome, Alaska, for another season of excitement at sea.

While she couldn’t divulge too many details about the action we’ll see this season, she does reveal that she is happy with how the season turned out. “I’m glad with the ways things ended up. I learned some good lessons.”

Not to say that things were all sunshine and roses. As viewers of the series know, there tends to be plenty of drama and conflict—and more than a few heart-stopping moments. This season is no exception, Emily says. “There are always calamities of every variety.”

Although Emily admits to being attracted to the allure of that “magical and spell-binding” precious metal, there’s something even more precious to her. She gets great joy from hearing that fans—especially young people—are motivated by watching her inspiring example.

“I love when fans say they want to try it,” she says. “I especially love hearing from girls who have gained confidence to try something they want to do. It’s really special, and helps keep me going through the rough times.”

And that, no doubt, is worth its weight in gold.