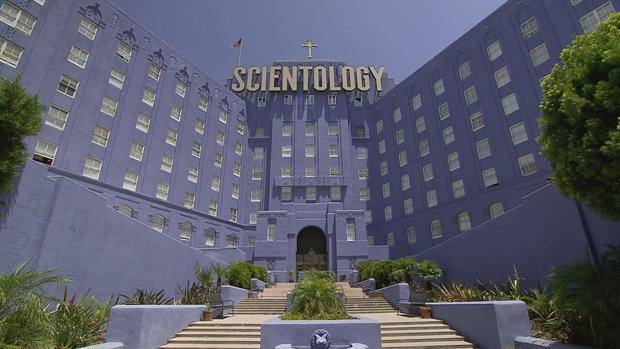 “Going Clear: Scientology and the Prison of Belief” is a documentary by Oscar-winning director Alex Gibney (“Taxi to the Dark Side,” “Enron: The Smartest Guys in the Room”) based on the book by Lawrence Wright. It was screened at the True/False Film Festival in Columbia, Missouri last week, and Alex appeared for a Q&A to talk about his scathing exposé.

Many of the practices within the Church of Scientology that are alleged in the film are truly shocking. For example, there is a story of one member who escaped when she discovered that her child was being neglected and abused within the Church’s child care service.

She was part of a group within the Church that was expected to work for years at 40 cents an hour, during which these members were given regular “audits” for free. These audits involved working through emotional problems from the past with the help of a machine called an E-meter. If a member left the organization, however, he or she received a massive bill for the audits, sometimes upwards of $100,000 – hardly a sum someone who has been making 40 cents an hour can afford to pay.

There are several interviews in the film with people who were once very high up in the organization. I don’t want to ruin it for you. Just watch the movie, whether you’ve already read the book or not.

Here are some of the highlights of the Q&A with Alex after the screening, which ended to thunderous applause at the festival.

Alex on the Church of Scientology’s campaign against him since he made the film:

Just prior to, I believe, the Sundance Film Festival, the church posted two full-page ads in The New York Times and The L.A. Times with my picture on it attacking the film, which they had not yet seen. That actually was very good publicity. I wish they’d put the film times. [Laughter]

Since then, they use the web rather aggressively. If you Google my name, you will find an ad for Freedom.org, the Scientology publication, and you’ll see documentaries about me and everybody in the film.

The same thing on my Twitter feed. Anybody who follows me on Twitter will also get those pop-ups all the time…. Some of the documentaries they’ve done, particularly toward the people in the film, are very cruel and wildly misrepresented.

On Scientology’s tax-exempt status as a religion and what people can do about it:

The idea that there is this tax exemption for Scientology is, for me, rather appalling. It is possible – it has been done in the past – that the IRS has revoked an exemption. And there are a number of people – representatives in the House Ways and Means Committee who oversee the IRS and also in the Senate. So, write them, and have them put pressure on the IRS.