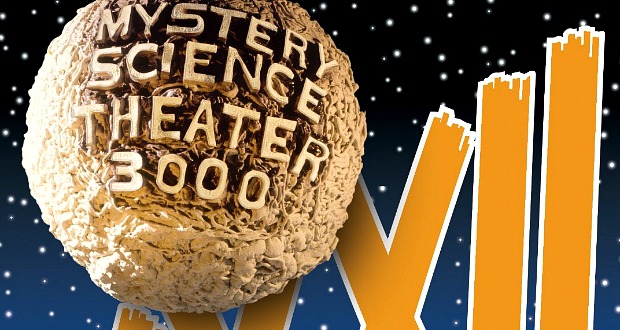 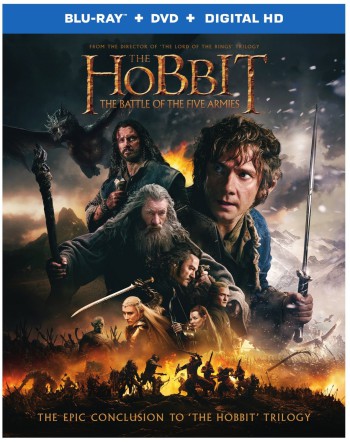 New DVD, Blu-ray and Instant Video releases this week include the epic conclusion of “The Hobbit” franchise (for now!), the retelling of classic fairytales in “Into the Woods,” and Robert Taylor back in the saddle for “Longmire” Season 3. Here’s a sneak peek.

1. THE HOBBIT: THE BATTLE OF THE FIVE ARMIES

This movie brings to an epic conclusion the adventures of Bilbo Baggins, Thorin Oakenshield and the Company of Dwarves. Having reclaimed their homeland from the Dragon Smaug, the Company has unwittingly unleashed a deadly force into the world. Enraged, Smaug rains his fiery wrath down upon the defenseless men, women and children of Lake-town.

Obsessed above all else with his reclaimed treasure, Thorin sacrifices friendship and honor to hoard it as Bilbo’s frantic attempts to reason with him drive the Hobbit towards a desperate and dangerous choice. Meanwhile, unseen by any but the Wizard Gandalf, the great enemy Sauron has sent forth legions of Orcs in a stealth attack upon the Lonely Mountain. As darkness converges on their escalating conflict, the Dwarves, Elves and Men must decide whether to unite or be destroyed.

A solid ending to this amazing film franchise, this DVD/Blu-ray set includes excellent bonus features like “New Zealand: Home of Middle Earth Part 3,” “Recruiting the Five Armies” and much more. Could a Silmarillion movie be in the works? I hope so! A rare five out of five reels from me. Read my full review here. 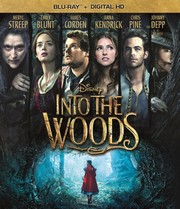 PG for thematic elements, fantasy action and peril, and some suggestive material. Disney. Buy/Watch on Amazon.

This modern twist on the beloved Brothers Grimm fairy tales intertwines the plots of several stories, exploring the consequences of the characters’ wishes and quests.

The humorous and heartfelt musical follows the classic tales of Cinderella (Anna Kendrick), Little Red Riding Hood (Lilla Crawford), Jack and the Beanstalk (Daniel Huttlestone), and Rapunzel (MacKenzie Mauzy)—all tied together by an original story involving a baker and his wife (James Corden, Emily Blunt), their wish to begin a family, and their interaction with the witch (Meryl Streep) who has put a curse on them. A solid four out of five reels from me. Read my full review here. 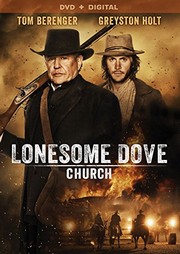 Not Rated. Lionsgate. Buy/Watch on Amazon.

Directed by Terry Miles, this western action drama (which earned a Dove Seal of Approval) centers on John Shepherd (Tom Berenger), an itinerant preacher who dreams of building his own church. When his estranged son Isaac is accused of robbery and murder, John puts his faith and future on the line by coming to Isaac’s defense and facing off against a cold-blooded killer in a guns-blazing stand for redemption. 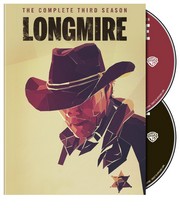 First, thank you, Netflix, for picking up season four of “Longmire”! You’ve made a lot of Walt fans very happy. This third season finds Wyoming Sheriff Walt Longmire (Robert Taylor) back in the saddle. After winning his heated re-election as Absaroka County sheriff over his ambitious deputy Branch Connally, Walt faces a stampede of problems both personal and professional.

With Branch mysteriously shot on “the Rez” by the White Warrior spirit of a dead man and Henry arrested in connection to the murder of Walt’s wife’s killer, Walt finds himself butting heads with tribal police, big money connections and longstanding feuds.

Add to this his daughter Cady’s pursuit of the truth regarding her mother’s killer, his deputy Vic Moretti’s already strained marriage now under pressure with another unwelcome return from her Philadelphia past, and the inevitable rural undercurrent of murder, secrets and betrayal, and get ready for Big Sky drama at its best.

Not Rated. Universal. Buy/Watch on Amazon.

Nice to see this title on DVD and Amazon Instant Video, since at this writing, it hasn’t shown up on Netflix, even though it was on the release schedule for March. The story centers on the ghouls of Monster High as they follow Spectra Vondergeist one day and discover a Ghost World with an all-spirit school.

But their scary-cute student bodies are hardly welcome with the very strict Principal Revenant, and she punishes Spectra with frightful detention chains that prevent her from re-joining Monster High . Now, it’s up to the friends to take on ghostly forms in order to save one of their own from disappearing forever. 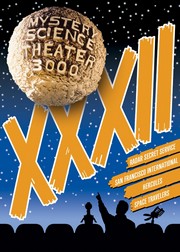 If you’re not familiar with the Mystery Science gang, you’re missing out. A favorite in this household, the series involves a guy trapped in space on the “Satellite of Love” with only his robots to keep him company. In detention, they’re forced to watch cheesy movies with sloppy scripts, questionable direction, and music that sounds like it was recorded in an underground bunker.

Fortunately for us, the space crew delivers a steady stream of wisecracks through the movies — causing us to laugh so hard that sometimes we can barely breathe. How often can you say that these days? 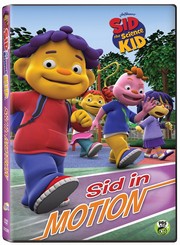 Not Rated. NCircle. Buy on Amazon.

This cute series is the perfect way to introduce kids to science. In this DVD, Sid the Science Kid tries out his new dance, Sid Slide to the Side (say that ten times fast!), on his hardwood floors, but discovers that friction prevents him from sliding in his sneakers. When he plays ball, he quickly learns that if a ball doesn’t have enough elasticity, it won’t bounce. This calls for some serious investigating!

After pretending to be Super Sid by kicking the ball with all his might, Sid and his friends take a trip to the Science Center to investigate how using lots of force makes things move far and fast. Little ones can join Sid and his friends as they explore the laws of motion. 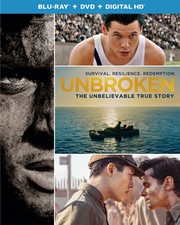 PG-13 for war violence, including intense sequences of brutality, and for brief language. Universal. Buy/Watch on Amazon.

Angelina Jolie directs and produces this epic drama that follows the incredible life of Olympian and war hero Louis “Louie” Zamperini (Jack O’Connell) who, along with two other crewmen, survived in a raft for 47 days after a near-fatal plane crash in WWII — only to be caught by the Japanese Navy and sent to a prisoner-of-war camp.

Adapted from Laura Hillenbrand’s popular book, “Unbroken” brings to viewers Zamperini’s inspiring true story about the resilient power of the human spirit. Four and a half out of five reels from me, check out my full review here.