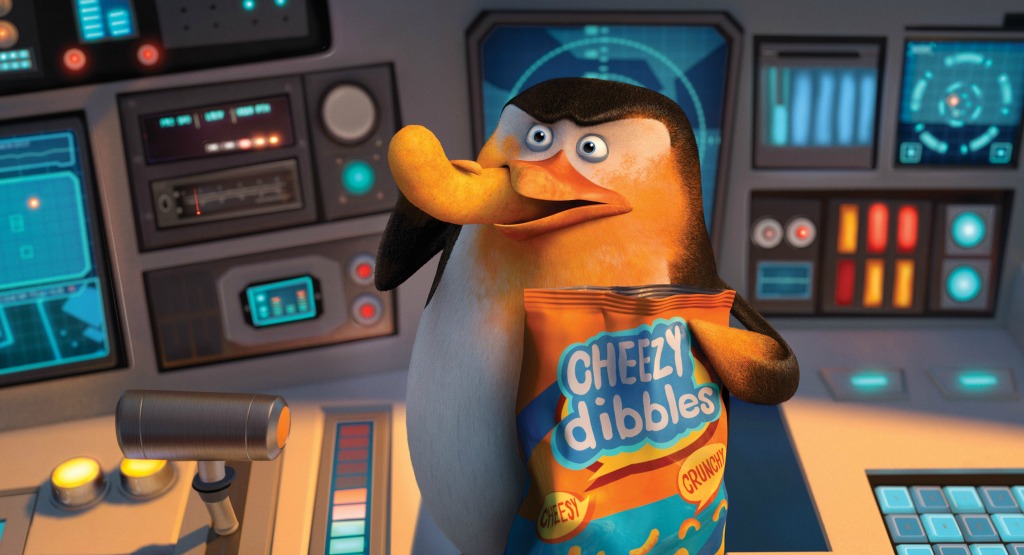 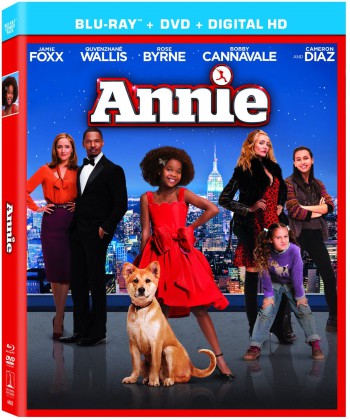 New DVD, Blu-ray and Instant Video titles for kids this week include “Berenstain Bears,” “Song of the Sea,” “Penguins of Madagascar” and lots more. Here’s a sneak peek.

Oscar nominee Quvenzhané Wallis (“Beasts of the Southern Wild”) stars as Annie, a happy young foster kid who’s also tough enough to make her way on the streets of New York in 2014. Left by her parents as a baby with the promise that they’d be back for her some day, it’s been a “hard knock life” ever since with her mean foster mom Miss Hannigan (Cameron Diaz).

But everything changes when hard-nosed tycoon and New York mayoral candidate Will Stacks (Jamie Foxx) – advised by his brilliant VP, Grace (Rose Byrne) and scheming campaign advisor, Guy (Bobby Cannavale) – makes a thinly-veiled campaign move and takes her in. Stacks believes he’s her guardian angel, but Annie’s self-assured nature and bright, sun-will-come-out-tomorrow outlook on life just might mean it’s the other way around. A solid 3.5 of 5 Reels from me – read my full review here. 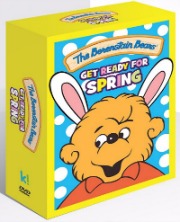 2. THE BERENSTAIN BEARS: GET READY FOR SPRING – 3 DVD PACK

Little ones can enjoy three hours with their favorite bear family. When a store window full of colorful novelty kites gets the cubs excited about entering a kite-flying contest, Brother and Sister are surprised when Papa suggests they build their own kite instead of buying one.

So Papa and the cubs build a huge kite (which is too big to fly without an equally big wind). As luck would have it, the wind picks up and when the store-bought kites crash to the ground, everyone joins in to fly “Big Red.” Episodes also include the bears training for the big race and learning how to take care of their new puppy. 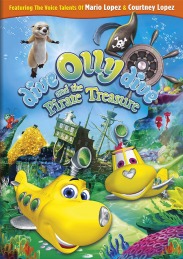 Not Rated. Universal. Buy on Amazon.

Join Olly, the young submarine-in-training, and his undersea friends as they discover fun, laughter and amazing pirate surprises in this full-length family movie featuring the voices of Mario Lopez and Courtney Lopez.

When Olly and his best friend Beth find a magical compass and a map on an old shipwreck, they soon set sail on an incredible adventure to find a legendary “Pie-Rat” treasure that reflects the beautiful rainbows in the sky. With danger lurking above and below, they’re in the race of their lives to get to the glittery goods before a sneaky shark and his seahorse cronies find it. Youngsters will love this bright, colorful movie.

Blythe and her best friends — Zoe the spaniel; Pepper the skunk; Sunil the mongoose; Russell the hedgehog; Penny the panda; Minka the monkey and Buttercream the bunny — are back for five fun and exciting episodes. Young viewers will also meet new friends like a shy tortoise, a spying cat, a famous comedian orangutan, and Pepper’s new crush. Who could it be? Find out with Blythe and the gang in this sweet series. Episodes Include: Books And Covers, Helicopter Dad, Lotsa Luck, The Nest Hats Craze and Sweet Pepper. 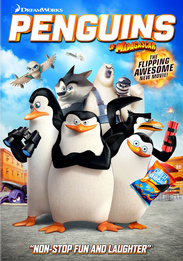 Rated PG for mild action and some rude humor. Fox/Dreamworks. Buy on Amazon.

This cute offshoot of the “Madagascar” franchise finds those crazy penguins smack dab in the middle of a global espionage caper. Skipper, Kowalski, Rico and Private must join forces with the chic spy organization, the North Wind, led by Agent Classified (I’d tell you his name, but then … you know) to stop the villainous Dr. Octavius Brine from taking over the world. A solid 3.5 of 5 Reels from me – read my full review here. 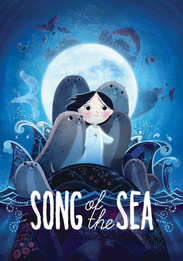 From Tomm Moore, writer/director of the Oscar-nominated “The Secret of Kells,” comes an enchanting fable of loss, magic and the love of family. When Saoirse and Ben’s mother mysteriously disappears into the ocean, the two children go on an epic journey to find out the truth about her, and in the process, discover mystical secrets about both their mother and Saoirse herself. This lovely animated film features the voices of Brendan Gleeson, Fionnula Flanagan, Pat Shortt, Jon Kenny, Lisa Hannigan and David Rawle.