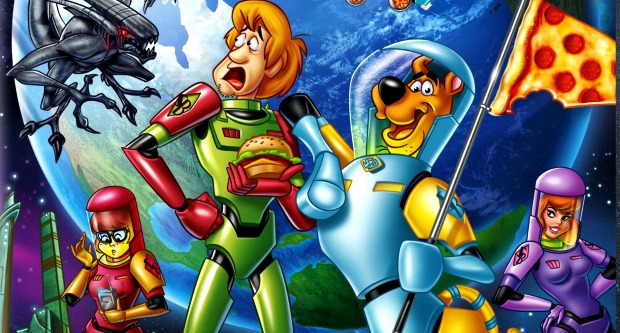 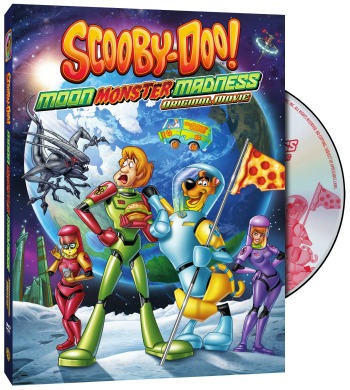 Scooby-Doo is one cartoon character who’s really stood the test of time, hasn’t he? I remember watching him when I was a kid, and then when my son came along, Scoob was one of his favorite cartoon characters. There were several birthday parties centered around the loveable Great Dane.

Hmm… my son turns 21 this year. Maybe we need to do another Scooby party!

A new Scooby adventure was just released on DVD and Digital HD, “Scooby-Doo! Moon Monster Madness,” in which Scoob and the Scooby gang blast off for an epic journey into outer space!

After winning the last five seats in a lottery, Scooby-Doo, Shaggy, Fred, Daphne and Velma are off to space in billionaire Sly Barron’s brand new ship, the Sly Star One, a space tourism vessel setting off on its inaugural voyage.

It’s all gravity-free fun until a mysterious alien begins to destroy the ship. As the vessel breaks down, the crew is forced to land on Sly Baron’s base – located on the dark side of the moon.

Will the gang unravel this alien mystery? Will Scooby and Shaggy find snacks on the moon? Hop aboard, fasten your seat belts, and get ready to travel to the outer limits with Scooby-Doo to find out.

Bonus Features include the featurette, “Space Travel is Groovy!” Join Mindy Cohn, the voice of “Velma,” as she introduces viewers to some of the real world technology and training that is part of modern space flight.