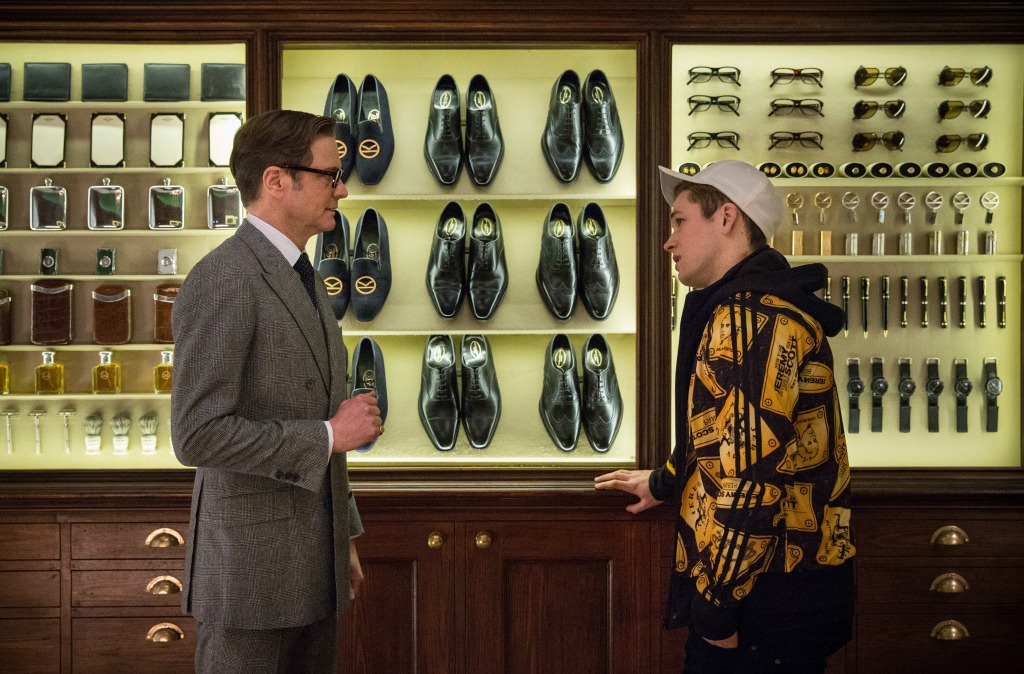 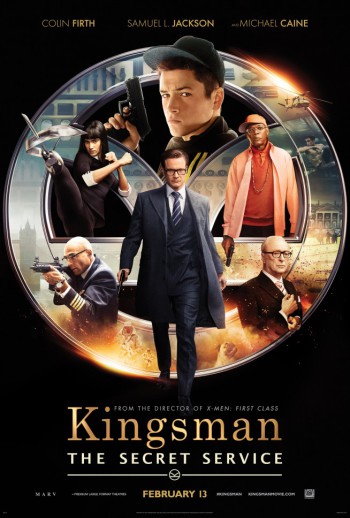 SYNOPSIS: A secret spy organization recruits an unrefined, but promising street kid into the agency’s ultra-competitive training program just as a global threat emerges from a twisted tech genius.

REVIEW: First of all, I apologize to all my editorial store customers who buy the monthly movie and DVD preview. I write those stories a couple months ahead of time to meet editors’ deadlines, so sometimes the MPAA rating isn’t available yet and I have to give my best guess as to what I think it will be.

I was 99 percent sure that “Kingsman: The Secret Service” would be rated PG-13 — after all, there’s a cool kid in the lead that’s targeted directly at teens — but the movie ended up with an R rating.

For me, a PG-13 rating would have done the trick. They could have accomplished the same goal without all the violence, and also grabbed a huge portion of moviegoers in the 13- to 17-year-old age range. But what do I know? I’m not Matthew Vaughn, the director. And the movie is still stylish and fun (although if you’re easily traumatized by dogs in the line of fire, you might have to avert your eyes during one particular scene).

Based on the 2012 comic book “The Secret Service,” by Mark Millar and Dave Gibbons, this movie, directed by the aforementioned Vaughn (“Kick-Ass,” “X-Men: First Class”), tells the story of a super-secret spy organization that works outside of the government. Their “cover” is a clothing store on London’s Savile Row, which sells not only stylish garb for gentlemen, but also houses some very cool spy gadgets.

The Kingsmen are all named after King Arthur’s knights, including Galahad aka Harry Hart (Colin Firth), who is one of the main Kingsmen, along with head honcho Arthur (Michael Caine). In 1997, a fellow Kingsman saved Harry’s life while sacrificing his own, so Harry reached out to the man’s widow with the promise of help. She declines, but her son, Eggsy (Taron Egerton) collects on that promise 17 years later, as he’s trying to weasel out of a touchy situation (i.e. people are chasing him).

Harry never forgets a promise, and he thinks Eggsy has the untapped skills necessary to become a Kingsman, but first, he has to train with a bunch of other kids, and only one will be chosen to be the next Kingsman.

Meanwhile, there’s a tech industry millionaire named Valentine (Samuel L. Jackson),  who’s planning on culling the planet of people in order to save it. Something to do with global warming, and the Kingsmen must stop this villain before all is lost.

If Robert Rodriguez and James Bond had a baby, it would be “Kingsman: The Secret Service.” With all the fun spy gadgets, underground bunkers, evil villains,  and a meticulously dressed star, the movie definitely has that Bond feel. But it’s also super violent, with lots of shooting, limbs severed and blood splattering every which way, which makes me think of Rodriguez’ “Machete,” “Grindhouse” or my favorite of his films, “El mariachi.”

I haven’t seen the young star Taron Egerton in anything else (he was in a BBC film last year called “Testament of Youth” and also starred in a British TV show “The Smoke”), but something tells me we’ll be seeing more of him. At the beginning of the film, he’s a street kid with lots of problems. Along the way, he morphs into a skilled Kingsman. Quick thinking helps in both of those instances, and he’s simply charming.

Samuel L. Jackson’s villain wears sideways baseball caps, loves McDonald’s food and talks with a lisp. I can’t decide if I like that or not. He usually plays the guy who doesn’t take any guff (i.e. Nick Fury in “The Avengers,” Jules Winnfield in “Pulp Fiction), so I guess this role is meant to turn that persona on its head.

There are some scenes — one, in particular — where the mayhem and chaos is so over the top, you almost have to look away. But “Kingsman: The Secret Service” is still a worthy installment in the spy genre, and no one wears a well-tailored suit quite like Colin Firth.

Sex/Nudity: A woman’s backside is shown. Some kissing and references to  sexual acts.

Violence/Gore: The movie is one long span of violence, including a man sliced in half (yes, I cringed), hatches to the head, explosions, stabbings, severed limbs, shootings at close range, people impaled and more.

Drugs/Alcohol: People drink beer and liquor at pubs and at home.

Which Kids Will Like It? Kids 17 and older who like spy movies with lots of action and gadgetry.

Will Grownups Like It? Tons of over-the-top violence (including a dog in the line of fire), but this movie is still stylish and fun.