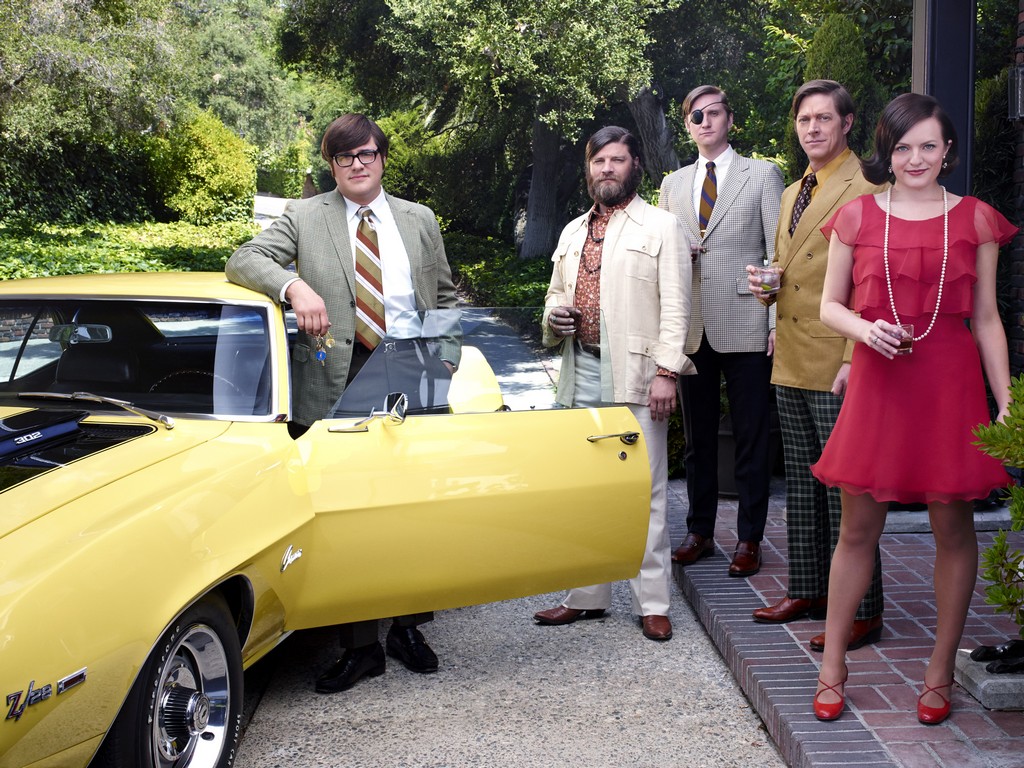 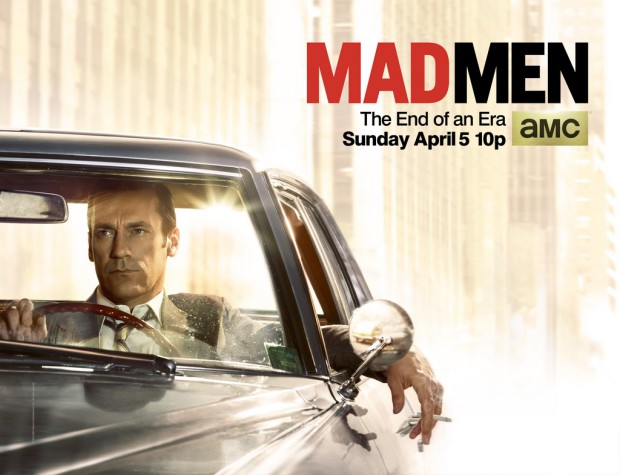 AMC has released a new poster for the final episodes of “Mad Men” season seven. Don is in a car. Driving away. With the sun setting behind him. And there’s no one in the car with him.

You can’t get much more cryptic than that, but what’s it all mean? That he’s ditched the whole thing and gone back to his original name and life? Bought a nice farm in the countryside? Retired to some nice warm climate?

I’m just geeky enough that I enlarged the mirror on the driver’s side, and I think that might be the reflection of an airplane there. Also, the green sticker in the window has “New York” on it. So it does appear that he’s leaving New York, possibly on a plane, flying … where? The South of France? Those appear to be Manhattan office buildings in the background. 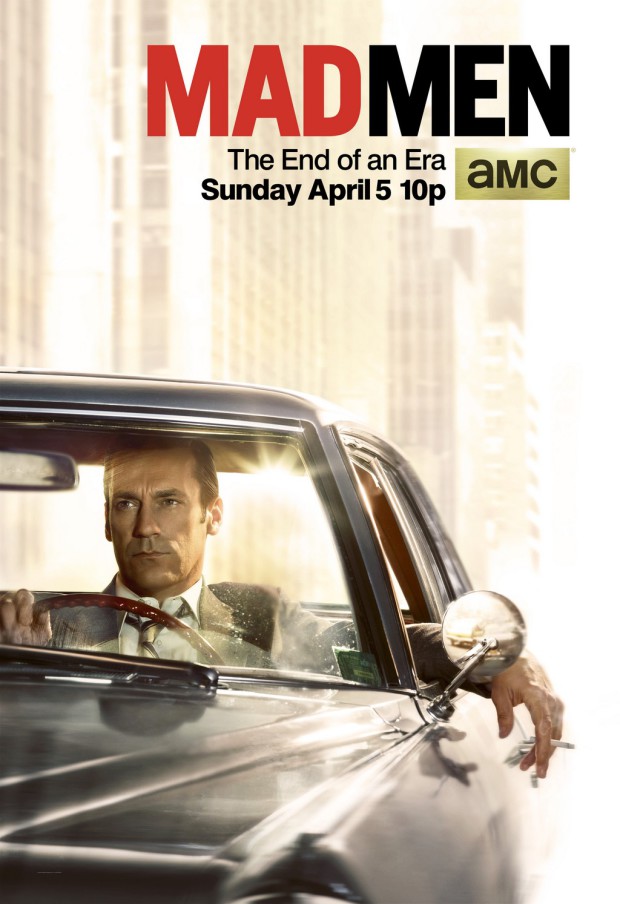 The other day, I posted a few photos of the final episodes and the “Love Hangover” trailer, but below are a few more photos, mixed in with some from the previous season seven episodes. Lots of lounging in lawn chairs at what appears to be a party or reception of some kind. I have no clue what might be happening here.

At first I thought it might be a graduation party for Sally Draper, but I doubt everyone would be there for that. Or maybe it’s a debutante ball kind of thing? Did they have a funeral for Bert Cooper? Could that be it? Everyone is way too festive looking for that, and there’s a white yard tent, like you might use for a wedding or other fun event. Or does the story jump ahead again?

Back to the poster image — Don is wearing a different suit in the car than the blue suit he’s wearing at the party. So wherever he’s going, he didn’t leave the party and go there.

What do you think will happen in the final episodes of “Mad Men”? Leave thoughts in the comments below.