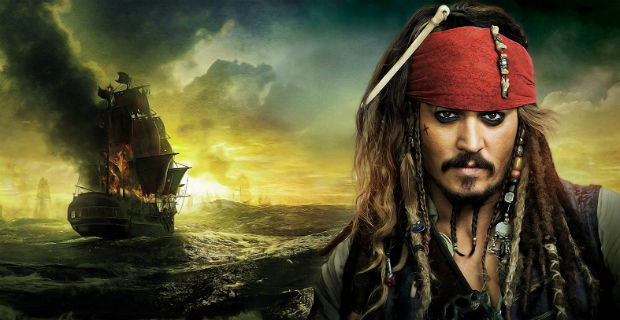 Producer Jerry Bruckheimer tweeted the first set photo of “Pirates of the Caribbean 5,” which begins shooting in Australia in a couple of weeks. The photo, from director Joachim Rønning, basically shows … yeah, nothing.

Two weeks until we start shooting Pirates 5. Joachim Rønning just posted a great pic from the set in Australia. pic.twitter.com/TeVRacmNdp

Well, I don’t know if I’d go so far as to call it “great,” but hey, it’s something. What could be happening way down there in the street? Care to share with the class?

Anyway, Orlando Bloom recently hinted that he might — I repeat, might — return in the new adventure. Javier Bardem is set to play the villainous Captain Brand, a ghost who seeks revenge against Captain Jack for the death of his brother. Geoffrey Rush is also expected to reprise his role as Barbosa.

Honestly, after seeing Johnny Depp in “Mortdecai” recently, I just have no thoughts one way or the other about “Pirates 5.” Meaning, I just hope it doesn’t suck.