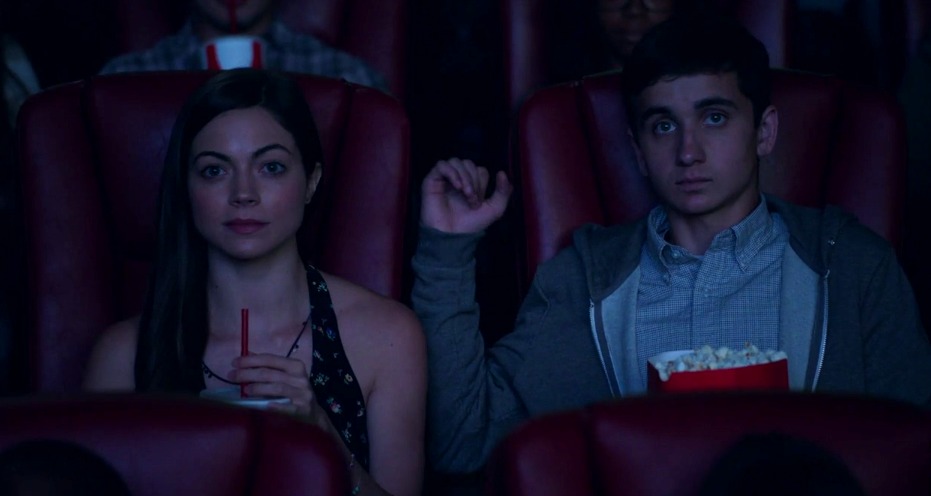 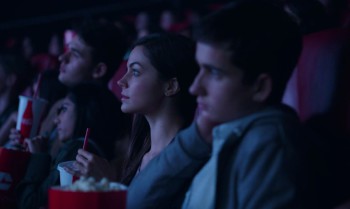 You guys know I see a lot of movies, and Carmike Cinemas plays a little trailer called “The Coca-Cola Movie Move” before every movie, so I know it by heart.

The premise is that there’s a young couple out for a date, and the boy wants to put his arm around the girl, while playing it cool. Of course, the girl knows this, and even moves up a little in her chair to let him know that yes, it’s ok, you can put your arm around me.

Interspersed between this awkwardness are a few other couples. One is seeing what appears to be a romantic movie, and the girl hands her Coke to the guy so she can dab her eyes with a tissue. Of course, he takes the opportunity to put his around her and some how manage to keep the popcorn and Coke upright.

Then there’s another couple seeing a scary movie, and during a “jump” scene, the girl – who reminds me of Sandra Bullock – spills her popcorn and smiles nervously at the guy.

Back to the young couple. The guy tries again to put his arm around the girl, but chickens out. Finally, she looks at him, shakes her head, and takes his arm and puts it around her! I can just hear the voice in her head: “Do I have to do everything?!”