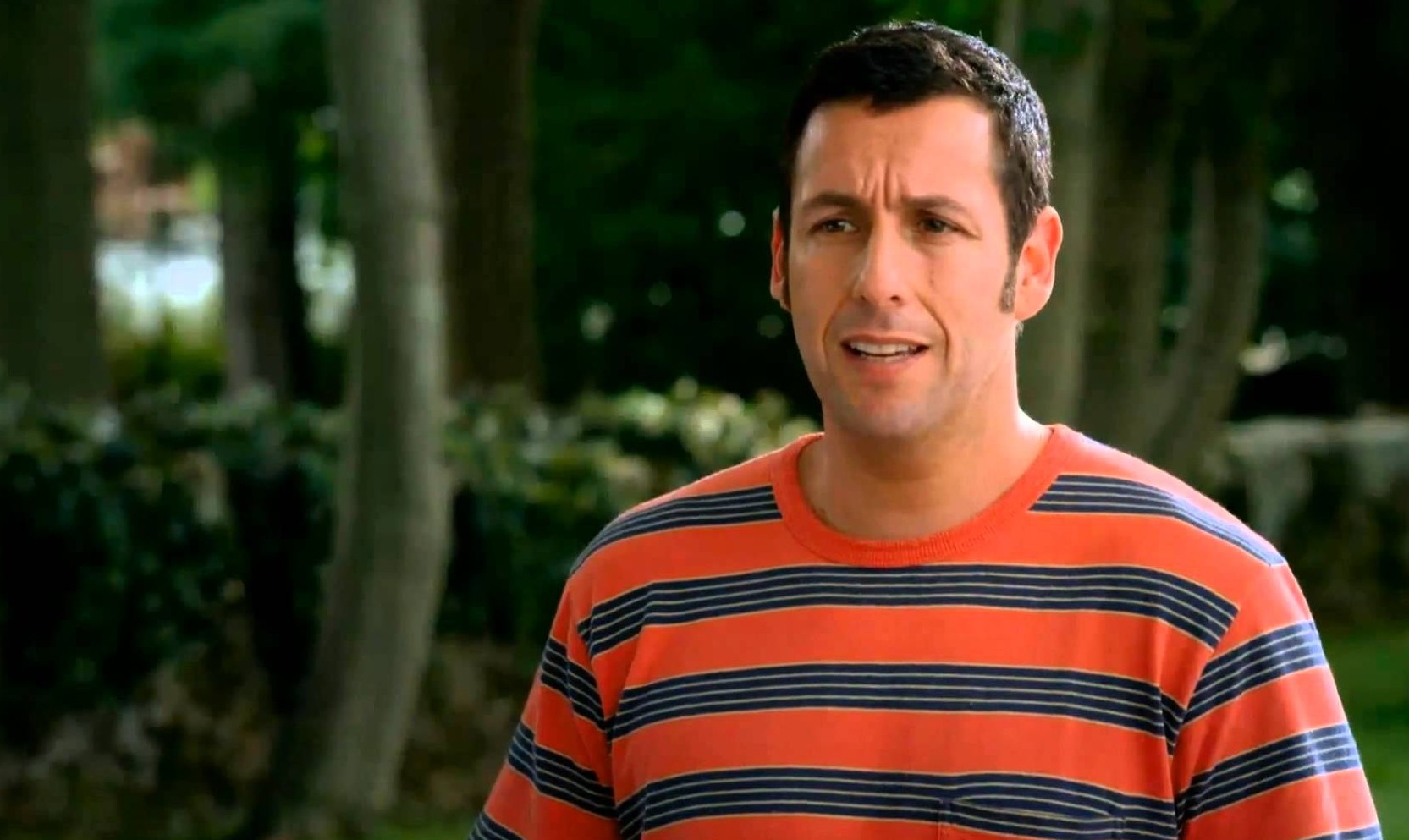 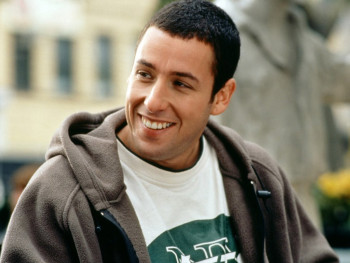 Adam Sandler was in town for the SNL reunion and we met up with him and Steve Buscemi at a press event where they both charmed journalists and good-naturedly replied to questions about their plans for the iconic show.

Sandler lives in sneakers so a journalist asked if he was getting dressed up for the snazzy reunion. What kind of shoes will he wear he was asked. “I don’t wear them a lot.” He lives in sneakers, he said, but when he does wear real shoes, he told the media he felt like “my vocabulary goes up. I feel more like my father, like I’m worthy of having children. When I’m in my sneakers and my kids ask me a question, I say, ‘Ask your mother.’”

But when it came to his outfit  for the “Saturday Night Live” 40th Year celebration, he was going more formal. “I bought a tux, oh, no, they gave me a tux, whatever, but they gave me shoes, too. That was the first thing I asked. ‘Do I get shoes?’ I don’t have any good shoes. I got some nice tux shoes, everybody!” he told journalists.

Sandler and Buscemi were asked what “Saturday Night Live” meant to their careers and their lives.

Sandler added, “It affected all of us as kids. It was the thing you talked about. Everything about the show rocked you because your parents, it was just cool enough that your parents weren’t sure if you should be watching it, and it made you more excited to get in there. And you had to stay up late for it, so that was a big deal and just over the years, that it’s still there is comforting.”

Sandler added, “It’s exciting every time. You know it’s happening live. And it’s an amazing thing. Forty years of meaning something. Everybody talks about it, a show is good or bad or whatever. Even if a show falls flat, it’s still exciting to see.”

Buscemi recalled that he hosted the show twice. “I still can’t believe I hosted at all. It was one of the most amazing, scary and fun experiences.”

The “Boardwalk Empire” star said that the first time he appeared on the show was in 1994, pegged to his film “Airheads,” which also starred Sandler. John Travolta hosted the show and he was in a sketch. “We did a ‘Welcome Back Kotter Episode,’ as directed by Quentin Tarantino,” Buscemi said. “I remember during rehearsal I came in and I had one line and I blew it. I came in late. I blew the line. Spade gave me shit for it. I can’t believe it.”

Buscemi said it rattled him and he worried, “How can I do this? How am I going to host if I blew this one line?” He laughed and somehow his hosting worked fine. He added, “Tomorrow night we’re going to the thing, and I’m so excited.”

“Yeah, to be in the room with everybody, it’s going to be neat. It is cool,” Sandler agreed.

After the press conference, I asked Buscemi what he thought of the “50 Shades of Grey” parody trailer that imagines him as Christian Grey. “It’s funny,” he told me, “and very weird.”