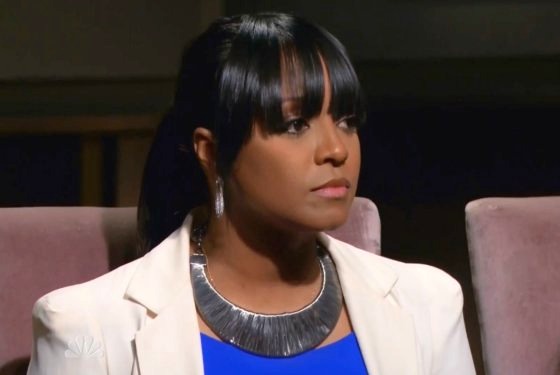 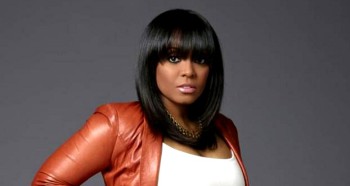 Either the producers for “The Celebrity Apprentice” are on vacation or they’re going for ratings boost via the Bill Cosby scandal. I’m guessing the latter.

Keshia Knight Pulliam, who of course played adorable Rudy Huxtable on “The Cosby Show,” was one of the contestants on last night’s premiere of “The Celebrity Apprentice.” When Bill Cosby’s name came up, things got very uncomfortable, not only for the contestants, but also for everyone viewing at home.

Pulliam was the first project manager for her team, so when the cast learned that they needed to contact rich friends and business associates to raise money for a bake sale a la NYC’s “Pie Face,” it’s certainly understandable that Pulliam’s teammates leaned on her to call her former TV dad.

Pulliam awkwardly declined, saying she’d rather reach out to “people I felt can deliver the quickest.” Cosby went unmentioned for much of the rest of the episode — until the Boardroom.

When the two teams were summoned to appear before Donald Trump and co-judges Ivanka Trump and Piers Morgan, Pulliam’s team lost because they didn’t raise as much as the guys’ team, lead by Geraldo Rivera.

What followed was an excruciating three minutes for anyone even remotely aware of the Cosby rape scandal. The Trumps, Morgan, and Pulliam’s team took her to task for not calling Bill Cosby and asking him for money.

“Did you call Bill?” Donald Trump grilled her.

“I did not,” said a weepy Pulliam. “I have not talked to Bill Cosby on the phone in I don’t know how long. So for me to pick up the phone, having not talked to you for five years, except for when we run into each other for a Cosby event — I feel that’s not my place to do.”

Not good enough for Trump, who pushed her on it and eventually fired her, essentially because she refused to call Cosby.

“I really believe, if you’d called that gentleman, he would’ve helped you, even if you hadn’t spoken to him in years,” Trump said, “because you were an amazing team with one of the most successful shows ever. So I think it would’ve been a very good call to make for charity. But you have to take responsibility. I think you agree with that.”

A couple of things spring to mind here. Obviously, the season premiere was filmed about a year ago, long before rape allegations ruined Cosby’s reputation and career. But why on earth didn’t the show’s producers edit this stuff out?

No doubt because they knew it would be a ratings boost. In fact, my husband looked at me and went so far as to say that maybe Trump was the one behind the Cosby reveal last year — in order to boost the ratings and buzz for “The Celebrity Apprentice.” I’m like, no, that’s going waaaayyy too far for TV ratings. I’m not saying it didn’t happen that way, but it didn’t happen that way.

The other issue: Why was Pulliam so adamant about not calling Cosby for the funds? Did she know something was brewing with the rape allegations? Did she know about Cosby’s alleged rape crimes during the filming of “The Cosby Show”?

The whole thing is bizarre. Especially that a female who worked with Bill Cosby gets fired from a job — even a reality-TV job — because she didn’t call on him to help her get ahead.

What are your thoughts? Sound off in the comments below.