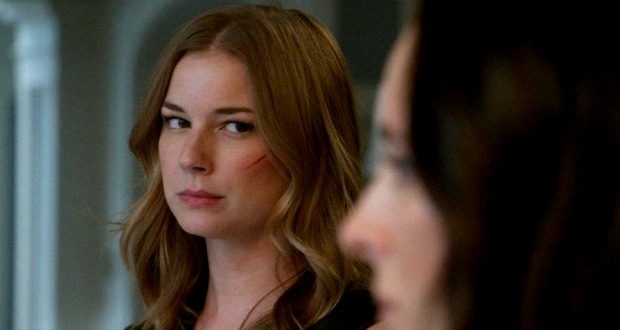 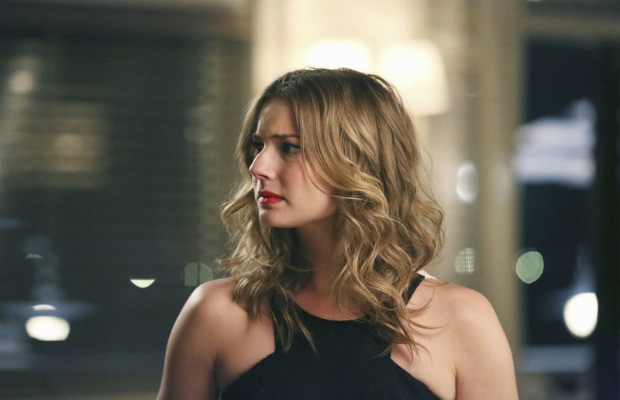 Madness – that’s exactly how I would describe what happens on “Revenge” – utter madness. How much more fun can it be?

We all know how awful Victoria can be, but Malcolm Black has her beat by light years. In fact, Victoria and Emily may end up friends after all is said and done. How crazy or mad would that be?

Nolan is still friends with and taking care of Louise. That is, until her brother (who is running for office) shows up. What a bad guy he is, right? At dinner, with Emily there for support, Lyman brings up Louise’s history of delusion/mental illness – and Louise doesn’t help by seeing her mother at the table and yelling at her. Emily and Nolan wonder what is up. Leave it to Ems to have one of Louise’s tested and finds out that Lyman has been drugging her to get the family inheritance. Nolan soon gets rid of Lyman and retracts the significant donation he gave to him for his run for office – good riddance! I still am unclear as to Louise’s roll in the show … and where the heck is Charlotte?

Margaux is still reeling over Daniel’s death. She has real b—-, that’s for sure. She confronted Ben at the station about finding out the real story behind Daniel’s death, then fainted. Must be weak from her pregnancy. I was surprised when Victoria visited her and decided to tell her the whole sordid story – from the beginning. And who was listening? I know, right?! Ben!

Malcolm is back and wants his daughter. Jack and Ben blew it by giving the cops the flash drive. Malcolm obviously has contacts everywhere.  Now he has Emily and Victoria held hostage, and I’m sure is ready to kill them unless David brings Kate to him … but he can’t because she’s dead. Yikes, I wouldn’t want to be the one who has to tell him. They are likely to be dismembered and scattered who knows where. I’m trying to guess how Victoria and Emily will be saved. Will Emily use her fighting skills and kick his butt, or will Jack, David, Nolan or Ben save them? Who knows with this show? Anyone have any ideas?

At this point in the series, it’s hard to see Jack and Emily/Amanda getting back together, but I know that’s what everybody has wanted for a long time. What’s going to happen with Ben? He’s pretty cute. Aiden and Daniel are dead, so I’m not sure if any guy should want to be her girlfriend!

Will David come to the rescue? Will he end up getting killed after all of this? On this show, anything goes, and any guess is as good as the next. I’m still enjoying my Sunday night ritual of watching “Revenge,” how about you?

Do you like where the show is heading? Will Victoria and Emily help each other? What would you like to see happen? Sound off in the comments below!