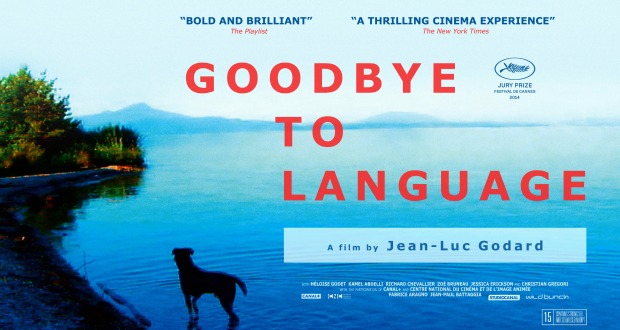 The National Society of Film Critics chose Jean-Luc Godard’s 3-D film “Goodbye to Language” as the Best Picture of 2014. The surrealist fantasy features a bickering couple and  nudity, along with, more interestingly, Godard’s roaming dog Roxy. But despite its many visual treats, it has virtually no shot at being included in the best picture list come January 15 when the Oscar nominations are announced.

But the runner up, with only one less vote (25 to 24), is  “Boyhood,” and director Richard Linklater, who was chosen by the Society as best director, has gotten another awards boost. “Boyhood,” is now the Oscar frontrunner, having racked up some 85 nominations this season, including Golden Globe nominations and New York Film Critic honors.

The Society’s best actor awards went to Marion Cotillard for “Two Days, One Night” and “The Immigrants,” and Timothy Spall for “Mr. Turner.”  In the supporting acting categories, accolades went to Patricia Arquette (“Boyhood”) and J.K. Simmons (“Whiplash”).

The appreciation was spread around. Wes Anderson received screenplay honors for “The Grand Budapest Hotel,” and “Citizenfour” received best documentary honors with 56 votes. The runner-up in the documentary category was Frederick Wiseman’s “National Gallery” with 19 votes. The Laura Poitras film is now pretty much a lock for best documentary film when the little gold men are handed out.

The Society, comprised of 59 movie critics from around the country, holds a low-key event where members vote the old fashioned way, by weighted ballot. The Society used to hold their event at Sardi’s but several years ago moved to the more august quarters of Elinor Bunin Munroe Center. There is still no fancy gala or reception; the society simply sends out scrolls to the winners.

Members include critics from major papers in Los Angeles, Boston, New York, Philadelphia, and Denver. Its members also include the critics not just of Time, The Wall Street Journal, The Nation, and The New Yorker, but also of The Village Voice, The Boston Herald, and prominent online sites. Membership is by election.

Here is the complete list of winners (noted with an asterisk) of the National Society of Film Critics Awards:

DEDICATION: The meeting was dedicated to the memory of two distinguished members of the Society who died in 2014: Jay Carr and Charles Champlin.