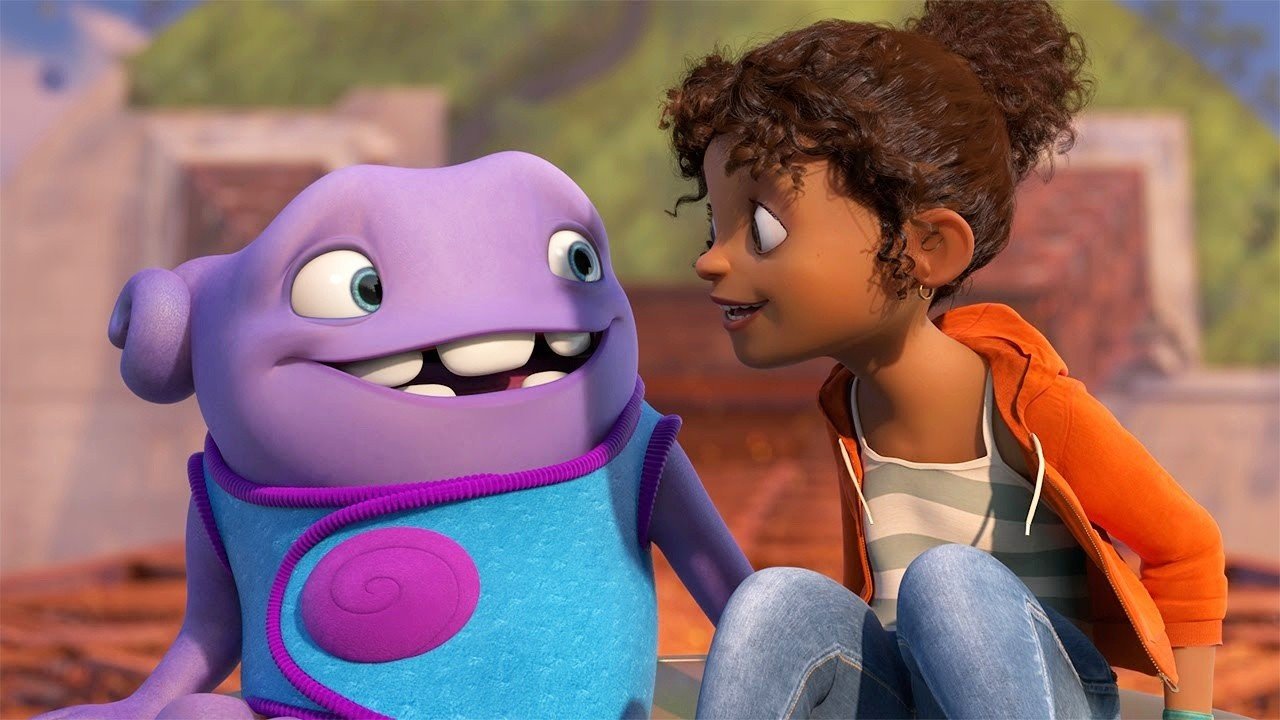 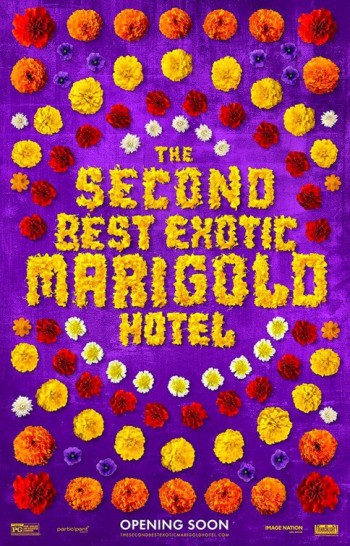 New on the big screen for kids and teens in March is a giant whale causing havoc, a little alien looking for a home, a classic princess with a glass slipper and lots more.

Here’s a sneak peek at what’s new in theaters and home entertainment this month. Note that release dates are subject to change.

“The Second Best Exotic Marigold Hotel” is the expansionist dream of Sonny (Dev Patel), and it’s making more claims on his time than he has available, considering his imminent marriage to the love of his life, Sunaina (Tena Desae).

Sonny has his eye on a promising property now that his first venture, The Best Exotic Marigold Hotel for the Elderly and Beautiful, has only a single remaining vacancy – posing a rooming predicament for fresh arrivals Guy (Richard Gere) and Lavinia (Tamsin Greig).

Evelyn and Douglas (Judi Dench and Bill Nighy) have now joined the Jaipur workforce, while Norman and Carol (Ronald Pickup and Diana Hardcastle) are negotiating the tricky waters of an exclusive relationship and Madge (Celia Imrie) juggles two eligible and very wealthy suitors. Perhaps the only one who may know the answers is newly installed co-manager of the hotel, Muriel (Maggie Smith), the keeper of everyone’s secrets.

IN THE HEART OF THE SEA 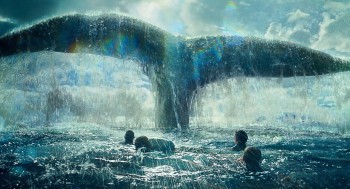 It’s the winter of 1820, and the New England whaling ship Essex is assaulted by something no one could believe: a whale of mammoth size and will, with an almost human sense of vengeance. The real-life maritime disaster would inspire Melville’s book “Moby-Dick.” But that’s not the whole story.

“In the Heart of the Sea” reveals the encounter’s harrowing aftermath, as the ship’s surviving crew is pushed to their limits. Braving storms, starvation, panic and despair, the men will call into question their deepest beliefs, from the value of their lives to the morality of their trade, as their captain searches for direction on the open sea and his first mate seeks to bring the great whale down. 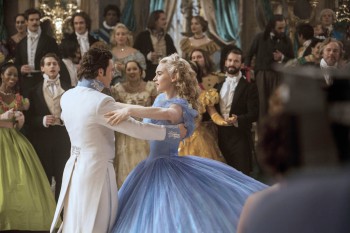 When Ella’s father unexpectedly passes away, she finds herself at the mercy of a jealous and cruel new family as she’s relegated to nothing more than a servant girl covered in ashes, and spitefully renamed Cinderella.

But Ella is determined to honor her mother’s dying words, to “have courage and be kind.” When she meets a dashing stranger in the woods (Richard Madden), she’s unaware that he’s a prince, but her life begin to change when the Palace sends an open invitation for all maidens to attend a ball. A glass slipper, a few mice, a pumpkin and a fairy godmother (Helena Bonham Carter) all play into the rest of the story. 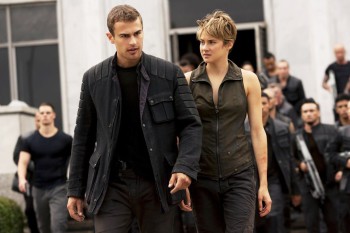 This second movie in the “Divergent” series raises the stakes for Tris (Shailene Woodley) as she searches for allies and answers in the ruins of a futuristic Chicago. Tris and Four (Theo James) are now fugitives on the run, hunted by Jeanine (Kate Winslet), the leader of the power-hungry Erudite elite.

Racing against time, they must find out what Tris’s family sacrificed their lives to protect, and why the Erudite leaders will do anything to stop them. Tris and Four face one impossible challenge after another as they unlock the truth about the past and ultimately the future of their world. Miles Teller, Jai Courtney, Ansel Elgort, Naomi Watts and Zoe Kravitz also star in this movie directed by Robert Schwentke and based on the book by Veronica Roth. 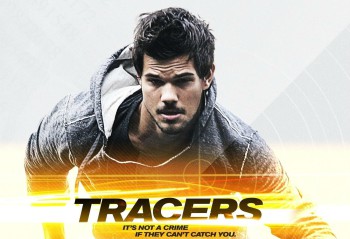 After he crashes his bike into a beautiful stranger named Nikki (Marie Avgeropoulos), Cam (Taylor Lautner) is introduced to her crew — a team that uses parkour to pull off heists. Hoping to alleviate his deepening debt to a violent crime gang, Cam quickly joins the group.

As the stakes get higher with more dangerous side ventures, the payouts get bigger and Cam must use every ounce of his skill to stay alive as the crew’s heists grow more daring with each job. Directed by Daniel Benmayor, this movie also stars Rafi Gavron, Adam Rayner and Sam Medina. 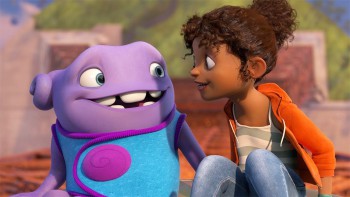 When Earth is taken over by the overly-confident Boov, an alien race in search of a new place to call home, all humans are promptly relocated as the Boov get busy reorganizing the planet. But when one resourceful girl named Tip (Rihanna, who also contributes a song) manages to avoid capture, she finds herself the accidental accomplice of a banished Boov named Oh (Jim Parsons).

The two fugitives realize there’s a lot more at stake than intergalactic relations as they embark on the road trip of a lifetime. Based on the novel “The True Meaning of Smekday” by Adam Rex, this movie is directed by Tim Johnson and also features the voices of Jennifer Lopez, Matt Jones and Steve Martin.

This all-new Leapfrog movie teaches kids rhyming, storytelling and word building. The Letter Machine Rescue Team helps support children’s language and vocabulary skills, which is awesome since research has shown that vocabulary development, along with a grasp of grammar and language structure early on, is linked to school readiness, as well as reading and math achievement.

The mischievous Minions return in three new mini-movies. In “Puppy,” when Kyle is unwilling to behave like a real dog, the Minions go looking for one who will. “Panic In The Mailroom” is what happens when a suspicious package arrives and the Minions are totally unprepared. And in “Training Wheels,” Agnes has some trouble with her bike and the Minions come to her aid — armed with a few helpful gadgets.

Join the pack in this wild, warmhearted and totally pawsome adventure starring everyone’s favorite alphas and omegas. It’s time for “The Great Wolf Games,” when all the alphas in the packs set aside their differences for some friendly competition. Ben Diskin, Kate Higgins and Lindsay Torrance are just a few who lend their voices to this animated adventure.

Join submarine-in-training Olly and his undersea friends as they discover fun, laughter and amazing pirate surprises in this full-length family movie featuring the voice talents of Mario Lopez and Courtney Lopez. When Olly and his best friend Beth find a magical compass and a map on an old shipwreck, they set sail to find a legendary “Pie-Rat” treasure that reflects the beautiful rainbows in the sky. With danger lurking above and below, they’re in the race of their lives to get to the glittery goods before a sneaky shark and his seahorse cronies find it. Make waves with a true hero as he discovers that friends, family and teamwork are the real treasures in this imaginative journey. 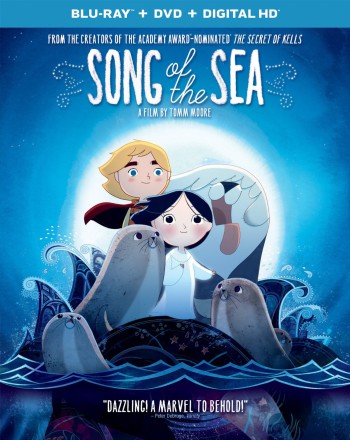 SONG OF THE SEA

From Tomm Moore, writer and director of the Oscar-nominated “The Secret of Kells,” comes an enchanting fable about loss, magic and the love of family. When Saoirse and Ben’s mother mysteriously disappears into the ocean, the two children go on an epic journey to find out the truth about her. In the process, they discover mystical secrets about both their mother and Saoirse herself.

Featuring the voices of Brendan Gleeson and Fionnula Flanagan, this movie features a beautiful story and gorgeous animation. Bonus features include audio commentary with the director, animation tests and “The Art of Song of the Sea” featurette.

In this latest collection of Chuggington adventures, Wilson sets out on fire patrol duty with his new friend Asher and learns to use a fire hose in a rescue. Chug Patrol and Speed Fleet have a friendly contest; Hodge finds himself in a high-rise jam; and all the Chuggers practice emergency drills at the roundhouse. In these six exciting episodes plus New Chugger Spotlights, a Bonus Badge Quest Episode, and coloring sheets, Wilson, Asher, Brewster and the gang discover the importance of community service and working together. Available with new Asher TOMY train.