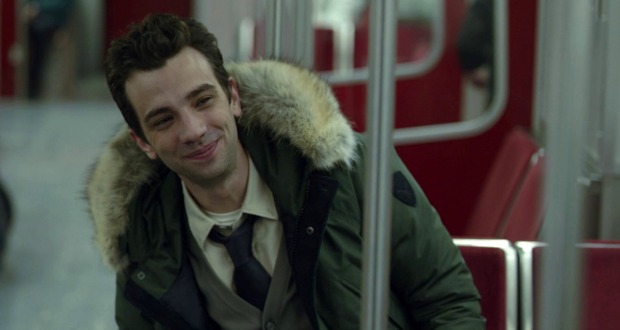 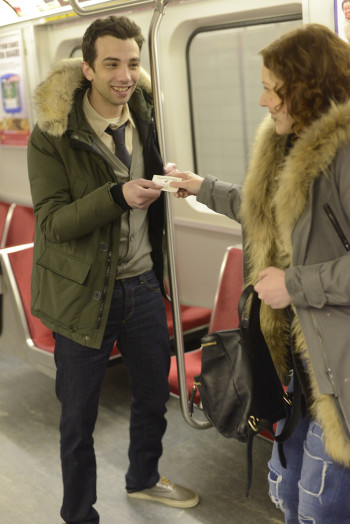 Last week on “Man Seeking Woman,” we met Josh Greenberg (Jay Baruchel), a lovable loser in his 20s dealing with heartbreak in Chicago. He was dumped off screen, mauled on screen, and he had his hopes raised and dashed so many times that he kind of collapsed at a (really fake-looking) Chicago train station by episode’s end. But then, as if by magic, Josh successfully invited a stranger on a train (Vanessa Bayer) out to dinner. And his bravery was rewarded with a grant and a call from the White House. And … scene.

Things are looking up for Josh in “Traib” (that is a typo, but an intentional one). He’s got a new prospect, but dating isn’t what it used to be, so it’s going to be a bumpy ride for him. The humor in “Traib” is also a little rocky, because some of the more risqué (I guess?) jokes just end up in gross-out territory. But anyway, this show is going to need more than a little latitude from its viewers to pull off the absurdist comedy it’s going for.

Josh has met Laura Ferber (Bayer) and obtained her number, so naturally, he declares himself totally “over Maggie.” Mike calls Josh’s bluff about being so O-V-E-R what’s-her-name, as everything Maggie-related in Josh’s apartment starts to float or wriggle its way into the room.

Mike’s a bud, so he brings a Catholic priest to do an exorcism (natch). The priest tells Josh that he will be haunted by his ex as long as he is still in love with her. So the three men gather everything that belonged to Maggie or reminds Josh of her and douse it with holy water. This is followed by a really gross and juvenile display: Mr. Heart, a carnival prize that Maggie gave Josh, assaults him like something out of “Alien.” I get it, the toy (a heart with sunglasses) represents Josh’s love for Maggie, which he’s hiding from anyone who might question why it still exists, and Josh is maybe somehow feeling victimized by it. But I could have done without the heart thing telling Josh to “s-ck my d-ck.”

Anyway, the priest then gives Josh instructions on how to complete the banishment of Maggie from his life, and it’s that age-old saying: “to get over someone, you have to get under someone new.” And the writers go for cheap and not entirely satisfying laughs by having the priest say “balls deep” and “p-in-v.” 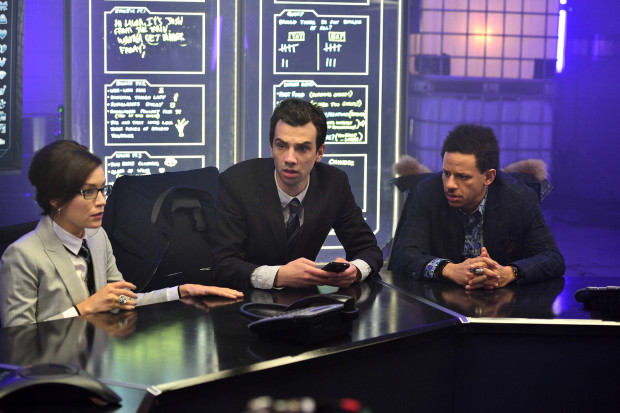 The first order of business is to officially ask Laura out. But things quickly get out of hand when Josh tries to write the perfect first text message. Mike wants him to send a picture of his junk; his sister Liz (Britt Lower) wants him to send something witty, but Josh has a more earnest message in mind.

Josh, Mike, and Liz convene in the war room (no, not that one) to craft a message that is guaranteed to score a date. There are scientists and even generals (including one played by “Battlestar Galactica’s” Michael Hogan) on hand to strategize an invasion, er, invitation. Liz still wants punny, Mike still wants him to be ballsy, but Josh goes with his gut and sends his original message, though he nearly sinks his chances when he misspells “train.” But he recovers, hits send, and then they all sit in agony awaiting Laura’s response.

Hogan’s general character wants Josh to take it back: “send j/k!” he screams as he’s sedated and dragged away. Then, like the first blips on an EKG after a flatline, the ellipsis that appears as Laura types her response gives them all reason to hope. Sure, “sounds good” is a little trite, but more importantly, it’s a yes. “I’ve got a date with Laura,” Josh exults as he’s hugged by Mike and Liz. Yes, he does. And we’ve got a date with FXX next Wednesday to see how it all pans out. 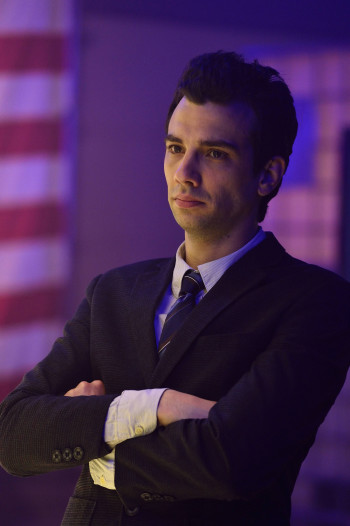 How well do you think Josh acquitted himself? And what’s your idea of the perfect first text? Tell us in the comments!