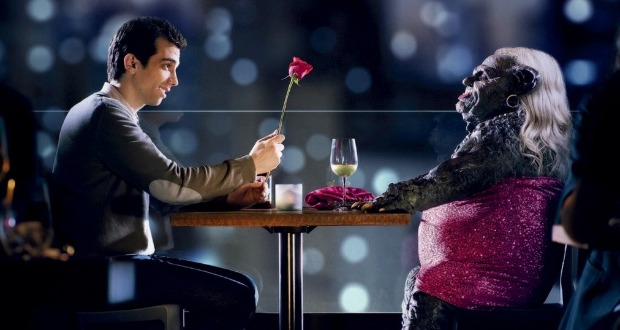 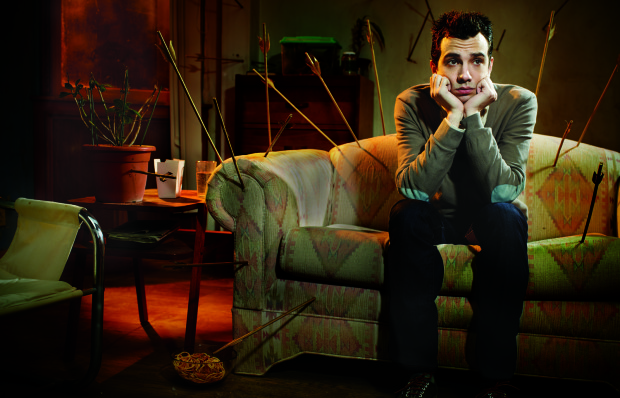 I’ll admit, I was pretty much sold on “Man Seeking Woman” from the moment I saw the promo art: a young man seemingly wooing a troll over a candlelit dinner. Throw in the Chicago setting (though it’s filmed in Toronto), and I was guaranteed to set my DVR to at least record the premiere.

At its core, “Man Seeking Woman” is a show about dating—not just as a man, or a man in Chicago, but dating in general. Yes, the show was created by Simon Rich (based on his delightfully weird “The Last Girlfriend on Earth” short story collection) and is produced by “Portlandia’s” Jonathan Krisel and “SNL’s” Lorne Michaels. And sure, it stars Jay Baruchel (of “How To Train Your Dragon” voiceover fame) as the guy trying to get over (and under) a woman with the help of a slightly douchey BFF, Mike (Eric André of  “The Eric Andre Show”). But bad date and break-up stories are universal, even when they involve Hitler.

But I’m getting ahead of myself. Baruchel stars as Josh Greenberg, a 27-year-old Chicago guy who’s recently single. The series premiere, “Lizard,” opens with Josh leaving the apartment he shared with Maggie (Maya Erskine), who’s now his ex-girlfriend. It’s an especially pathetic departure for Josh—he’s had to pack his things in plastic grocery bags. As he walks away with full custody of their lizard, Isaac Newton, a storm cloud gathers over his head, figuratively and literally. Josh looks around disbelievingly as he’s pelted by rain, hail, and frogs.

That’s the first of several surreal flourishes in the episode, and it works as well as the rest. It doesn’t feel out of place or overly dramatic. Getting dumped sucks, moving out of an apartment sucks, suddenly finding yourself alone sucks. A little cumulonimbus action on cue feels just right. 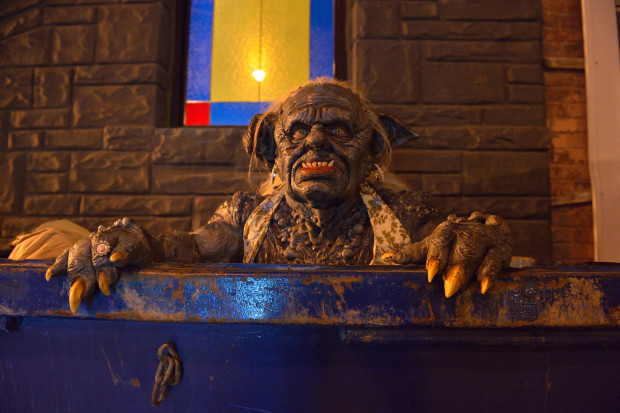 Things get weirder from here, yet remain fully in the realm of possibilities for the newly brokenhearted. Josh goes on a blind date with Gorbachaka, an actual troll who lives under the Wabash bridge. He does so after his sister Liz (Britt Lower) points out that he’s not much of a catch himself (he’s—ooof—a temp who doesn’t hit the gym). Despite his best efforts, Josh repeatedly insults Gorbachaka who subsequently attacks him.

Josh tries to salvage the night by going to a club but can’t make it past the doorman. Dejected, he calls Maggie. She sounds happy to hear from him and invites him to a party at her apartment. So Josh gets dressed a third time and heads to Maggie’s with a bottle of prosecco that he can’t really afford.

Once there, he learns that she’s “already” seeing someone new. Of course this only feels precipitous to Josh because he’s still wallowing in self-pity. Adding insult to his Gorbachaka injury? Maggie’s dating “Dolfie” aka Adolf aka Adolf Hitler (played by Bill Hader under lots of face prosthetics and a blanket). Josh can’t believe it, even when Mike tells him Adolf’s “pretty cool.” “He murdered millions of people,” Josh protests. But Mike tells him he’s just jealous. 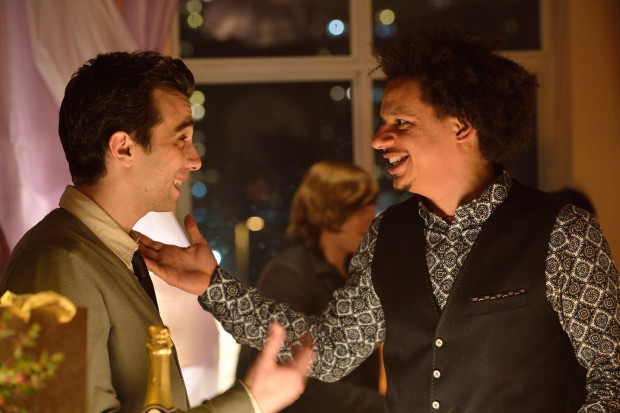 Josh spends the night drinking whiskey and sulking. He tells Maggie he’s still in love with her, then insults Hitler by, well, pointing out that he’s Hitler. His apology falls on deaf ears (Hitler’s 125 by this point), so he heads to the Red Line (yea, CTA!). And just as it seems all is lost, he hits it off with a young woman (Vanessa Bayer) who gives him her business card, complete with phone number.

As Josh struts home in the early morning, he gets calls from the MacArthur Foundation (the way he obtained the phone number was “genius,” it seems) and even President Obama, who declares Josh a hero. Because how great does it feel when you successfully connect with another person, however briefly, right?

I was lucky enough to get screeners for the first three episodes, and I can tell you that the laughs in the premiere aren’t a fluke. The action gets more fantastical, but Josh’s feelings and intentions remain grounded in reality. There’s a sketch comedy vibe (“What if your ex’s new boyfriend/girlfriend was Hitler?”), but the outlandish sequences are embedded in the story so well that we move seamlessly from “what just happened?” bits to more mundane exchanges (giving your overbearing mom a recap of your date). If you’ve been looking for a new Wednesday night comedy, “Man Seeking Woman” is for you.

I was pleasantly surprised that no one was burned in effigy or cussed out over the phone. Josh is upset, which means he could eventually get angry, but the writers avoided any trite, misogynistic “screw that b*tch” scenes.

I would also like to give the writers props for acknowledging that as a temp, Josh could not afford to live alone in Logan Square, Chicago’s hipster neighborhood du jour. But I bristled at Mike’s complaining about Pilsen being Siberia or outer Mongolia or something.

How did you like the premiere of “Man Seeking Woman”? Do the fantasy sequences work well, or do they feel misplaced? Sound off in the comments below!