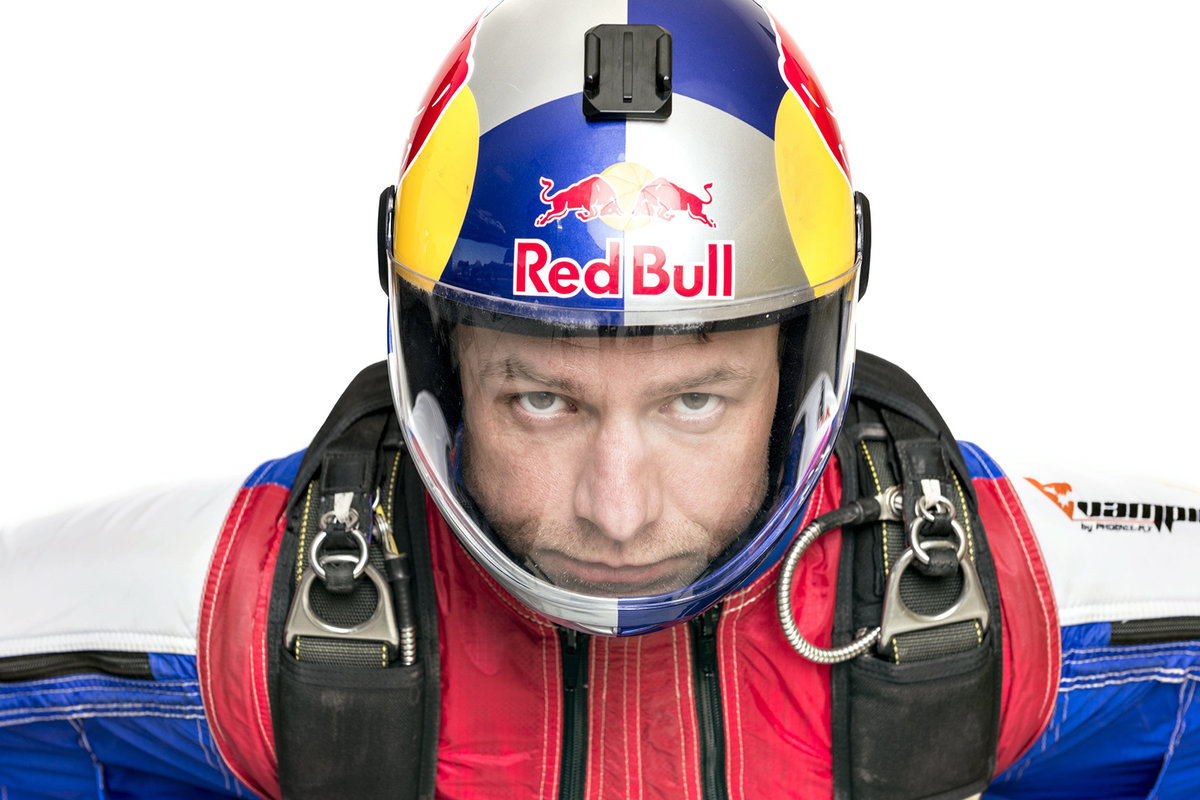 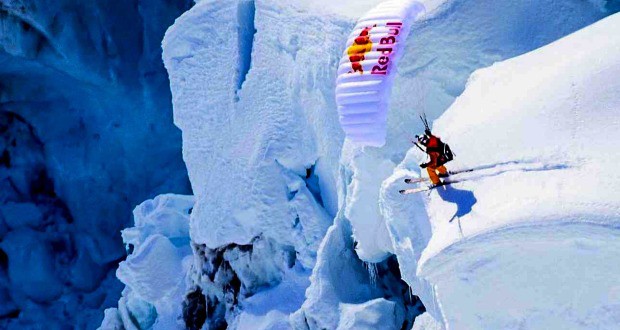 “The Unrideables: Alaska Range,” a sports documentary that focuses on Jon DeVore‘s desire to speedride down the Alaska mountains, is easily one of the most breathtaking sports documentaries I have ever watched. Its world premiere took place on January 21 in Salt Lake City and goes on sale nationwide in February. (Watch it on Amazon Instant Video on Jan. 30, 2015; it’s also streaming free on Red Bull TV at this writing.)

The movie, the latest production from Red Bull Media House and Freeride Entertainment, follows Jon DeVore’s dream of speedriding the mountain peaks in his native Alaska land. The beautiful aerial cinematography took this viewer’s breath away, and the jaw-dropping twists, turns and jumps over the most dangerous, unrideable mountain ranges and cliffs made me gasp more times than I care to admit.

DeVore, Captain of the Red Bull Air Force and a Hollywood stuntman, is on the mission to the Alaska Range with Andy Farrington and Filippo “Ippo” Fabbi.

“Speedriding is combining two sports that I’m very passionate about — big mountain skiing and the world of air sports,” says DeVore. “We’ve taken the art of flying these fast parachutes and combining it with skiing, which allows us to ski down mountains that were otherwise thought of as unrideable. With the parachute assisting you down the mountain, you are able to go down areas that you could never go down before because you can fly away if you need to.”

Growing up in the mountains of Alaska, DeVore always dreamed of skiing and pioneering new mountains. “I wanted to open an adventure tourism business and that led me to skydiving into that tourism business,” he says. “When I found skydiving, I fell in love with air sports and it kind of broke me away from mountains and from skiing for a few years. And then I slowly started thinking that combining the two would be an amazing thing. At first we were just flying parachutes down mountains and kind of afraid to really set the skis down too much. And then people in Europe were starting to do it and push the limits, and inspiring us as well.”

It’s an extremely dangerous sport and DeVore, a husband and father, understands the risks. “It’s just all calculated risk, and I really took my time learning everything,” he says. “I think my family is as nervous as they are watching what I go out and do, but they support me and know I take all the proper steps to get there, that I’m not just going in with blind ambition.”

He hasn’t broken a bone, but says he’s had a lot of close calls. “Everything from my parachute not opening once and hitting the mountain full speed and free fall, but I tapped into my instincts and came through everything unscathed.”

DeVore has logged over 17,000 skydives and 500 BASE jumps. Known as an expert in human flight, Hollywood has come knocking on DeVore’s door. “Yeah, I’m super blessed that I’m getting phone calls from Hollywood,” he says. “My first shot was in ‘The Dark Knight,’ and it was the first time I really did any work in Hollywood.”

He has since done stunt work for “Transformers: The Dark of the Moon,” “Iron Man 3” and “The Hangover Part III.”

To listen to the entire interview with Jon DeVore on Sports Palooza Radio, click here.