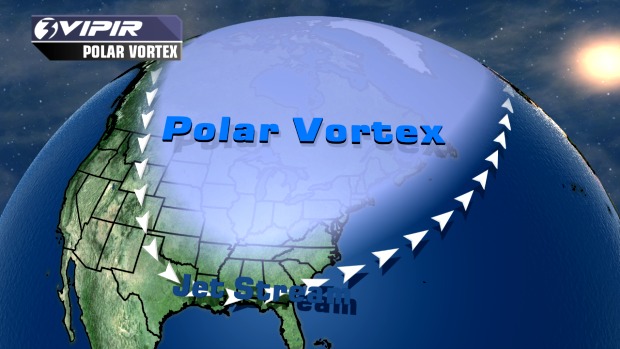 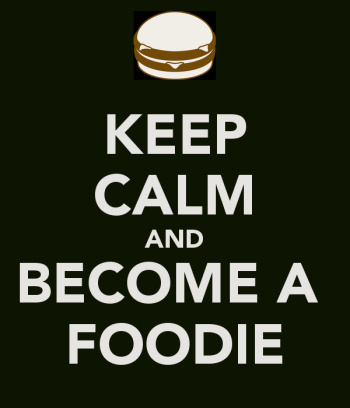 Lake Superior State University has issued its 40th Annual List of Banished Words. Check out the banned words below, along with comments published on the LSSU site.

I must admit I haven’t heard of some of these banned words like “bae” and “friend-raising,” but agree that I’m mostly over the others like “cra-cra” and “foodie.” I think we’re all over “Polar Vortex” because it signifies very cold times (though, weirdly, I like the cold weather).

The tradition, created by the late W. T. Rabe, former public relations director at Lake Superior State University, begins its fifth decade with this year’s annual List of Words Banished from the Queen’s English for Mis-use, Over-use and General Uselessness.

Rabe and fellow LSSU faculty and staff came up with the first list of words and phrases that people love to hate at a New Year’s Eve party in 1975, publishing it on Jan. 1, 1976. Though he and his friends created the first list from their own pet peeves about language, Rabe said he knew from the volume of mail he received in the following weeks that the group would have no shortage of words and phrases from which to choose for 1977. Since then, the list has consisted entirely of nominations received from around the world throughout the year.

Through the years, LSSU has received tens of thousands of nominations for the list, which now includes more than 800 entries. This year’s list is culled from nominations received mostly through the university’s website. Word-watchers target pet peeves from everyday speech, as well as from the news, fields of education, technology, advertising, politics and more. A committee makes a final cut in late December.

Though other groups and organizations have compiled similar lists over the years – some of which bear some remarkable similarities and contain some of the same words and phrases – none have outlasted LSSU’s list.

One of the top nominees.

“Meaning ‘before anyone else.’ How stupid! Stop calling your boyfriend ‘bae’.” — Evie Dunagan, Manheim, Penn.

“It’s overused. I heard someone refer to their ramen noodles as ‘bae’! If I was putting someone ‘before anything else,’ I would respect them enough to use their name.” — S. Thoms, Sault Ste. Marie, Mich.

“The most annoying term of affection to show up in years. Also, the concept ‘before anybody else,’ developed AFTER the word became popular. Reason enough for it to be banned. – Blan Wright, Sugar Hill, Ga.

“I’d rather be called ‘babe’ than ‘bae’ any day.” — Alexsis Outwater, Bronson, Mich.

LSSU got a head start on this one last spring, when it burned a snowman named Mr. Polar Vortex during its 44th annual Snowman Burning.

“Enough with the over-sensationalized words to describe weather!” — A. Prescott, Oshawa, Ont., Canada

“I think most, if not all can agree that we would prefer to avoid the polar vortex in the future, both in name and in embodiment.” — Christine Brace, Westminster, Md.

Kenneth Ross of Glastonbury, Conn., and Bob Priddy of Jefferson City, Mo., were among many who saw this storming in last January.

“Less than a week into the new year and it’s the most overused, meaningless word in the media,” said Ross.

Priddy noted that it quickly jumped from the weather forecast to other areas, as he said he knew it would: “Today’s St. Louis Post-Dispatch editorializes about a ‘political vortex.'”

Banished for over-use and mis-use.

“Suddenly things that once would have been called ‘tips’ are now being called ‘hacks.’ It can’t be because the one word is shorter or easier to say; and the actual accepted meanings of ‘hack’ have nothing to do with suggestions for doing tasks better or more efficiently — quite the opposite, really.” – Sharla Hulsey, Sac City, Iowa.

“This word is totally over-used and mis-used. What they really mean is ‘tip’ or ‘short cut,’ but clearly it is not a ‘hack,’ as it involves no legal or ethical impropriety or breach of security.” – Peter P. Nieckarz Jr., Sylva, N.C.

“I just received an e-mail for a book called ‘Marriage Hacks.’ I have seen articles about life hacks, home improvement hacks, car hacks, furniture hacks, painting hacks, work hacks and pretty much any other hack you can think of. There are probably even hacking hacks.” – Chellsea Mastroine, Canton, Ohio.

“Why use two words when one will do? We already have a perfectly good word in ‘skills’ (ending with an s, not a z).” – Chip Lupo, Columbia, S.C.

“A skill is a skill — that is it. Phrases such as ‘I have the skill set to do that properly’ or anything resembling that phrase, shows the speaker is seriously lacking skills in the art of conversation. Please try this, ‘I have the skill… do you have the skills… this requires certain skills… he is very skilled… that was a skillful maneuver… See? No need for a skill set.” – Stephanie Hamm-Wieczkiewicz, Litfield Park, Ariz.

Many nominations over the years.

“The word ‘swag’ has become a shapeless, meaningless word used in various forms (such as ‘swaggy’) but with no real depth.” – Bailey Anderson, Washington, Iowa.

“Whether it’s a ‘free gift’ (banished in 1988) or droopy clothing, this word is neither useful nor fancy.” – Jeff Drake, Saint Albans, West Va.

“The word has become so overused that it is not ‘swag’ to not use the word ‘swag.'” – Devin, Farwell, Mich.

“Because I am tired of hearing swag to describe anything on the face of the planet. By the way, your website is so ‘swag.'” – Alex, Roanoke, Va.

Many nominations over the past several years. Is it a Michigan thing?

“I crave good sleep, too, but that does not make me a sleepie. News flash: We ALL like food.” – Graydeon DeCamp, Elk Rapids, Mich.

“It used to have a special significance reserved mainly for fine art and museums. Now everything is curated. Monthly food and clothing subscription boxes claim to be finely ‘curated.’ Instead of abusing curated, why don’t they say what they really mean: ‘We did an online search and posted the first 25 items we found’ or the ‘curated selection of items in your box this month are a mix of paid placements and products that have failed to sell elsewhere.'” – Samantha McCormick, Kirkland, Wash.

“Example on the ‘Net today: ‘Get a curated box of high-end treats and toys (all tailored to the size of your pup) shipped right to your doggie door.’ – I have heard and read the word ‘curated’ far too many times this year.” – Deb, Portland, Ore.

“A horrible word that conflates the real meaning of friendship with usually hidden motivations to get at the other person’s pockets.” – Mary Been, Sidnaw, Mich.

“The word suggests that we develop relationships not for the simple value of the person we call ‘friend,’ for the pleasure of being in a community of people and for the simple joys of sharing bonds of affection and common care, but that we instead develop these relationships out of some sort of expectation of a monetary reward.” – Collette Coullard, Sault Ste. Marie, Mich.

Early in 2014, Steve Kaufman of Houston, Tex., could be heard screaming, “I’ve only heard it twice and already know by the end of the year I’ll want to scream.”

“Short-form for ‘crazy’ and sometimes just one ‘cra.’ I hear kids (including my 6 yr. old) saying it all the time, e.g. ‘That snowstorm yesterday was ‘cra-cra.'” – Esther Proulx, Sault Ste. Marie, Mich.

“I’m sick of hearing myself say this! Must be banned!” – Roxanne Werly, Traverse City, Mich.

“It’s used all too frequently on news programs, as in, ‘What is your ‘takeaway’ on (a given situation.’ ‘What is our ‘takeaway’ on Congress’ vote?’ ‘Is there any ‘takeaway’ on the recent riots?’ I have heard Jon Stewart use it. I’ve heard Charlie Rose use it, as well as countless numbers of news talking heads, usually for all the wrong reasons. For me, a takeaway is a sports term, where one team is controlling the ball (or puck) and the other steals it, or took it away – a ‘takeaway.’ In the U.K., ‘takeaway’ food is known as ‘to go’ here in the Colonies. – John Prokop, Oakland, Calif.

“Purely with reference to a specific teams’ fans, this word needs to go. It’s the following of a sports franchise, not a group seeking independence, recognition and legitimacy; Not even if it’s the Cubs.” – Tim Wilcox, Sault Ste. Marie, Ont. Canada

“Although a devout Wisconsin sports fan, I do not belong to Packer-Nation, Badger-Nation, Phoenix-Nation, or Brewer-Nation. Further, I am not aware of any team or mascot that has the carrying capacity to be a nation.” – Kelly Frawley, Waunakee, Wisc.

“Nothing more self-aggrandizing than sport team fans referring to themselves as a nation! What’s next? My team – Continent, World, Galaxy, Universe!” – Curt Chambers, Seattle, Wash.

“Both politics and sports teams have overused this n-word to describe their fans or viewers.” – Ken Hornack, Ormond Beach, Fla.