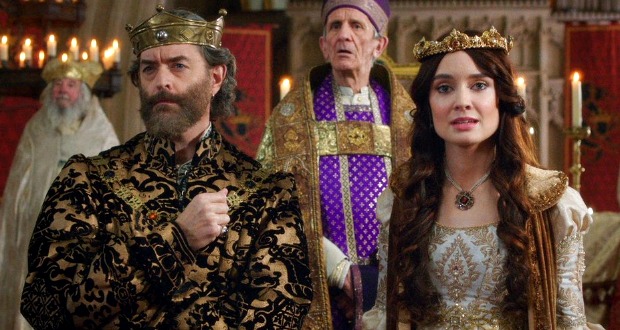 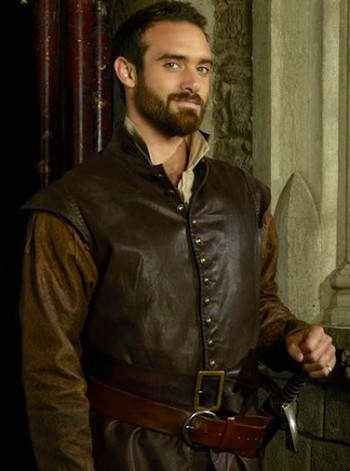 And so we had our first meeting with “Galavant” tonight. It’s Monty Python meets “The Princess Bride” meets Broadway – and while I’m not sure it’s good, it’s fun enough to make up for it.

ABC’s new miniseries, meant to keep fans of “Once Upon A Time” watching during the show’s hiatus, aired its first two episodes tonight. And in true “Once Upon A Time” fashion, it’s taken the traditional fairy tale story and messed with it as much as it can while keeping it recognizable.

The show bustles us in with an opening number, which summarizes the entire plot in classic Disney fashion. First, we have Galavant (Joshua Sasse), the handsome knight who looks suspiciously like a more bearded version of “Sleepy Hollow’s” Ichabod Crane, who loses his true love Madalena (Mallory Jansen) to the evil king Richard (Timothy Osmund).

And by lose, we mean Madalena chooses to marry the king over him, a fact Galavant chooses to blissfully ignore throughout the first episodes, despite repeated reminders from his friends. But hey, who ever let a little thing like that get in the way of a true hero’s quest?

Upon losing his true love, Galavant falls into a steep and alcohol-fueled depression. Then a young woman named Isabella appears and asks for his help in rescuing her kingdom, which has been taken hostage by the evil King Richard – though, of course, that’s not quite true. She’s working for the King in exchange for her parent’s freedom. All she has to do is bring Richard to her.

Oh, and it turns out Madalena is a little evil. There’s also a charming young squire named Sid (Luke Youngblood), a guard named Gareth (Vinnie Jones) prone to immature comments, and a chef (Darren Evans) who spends the entirety of his scenes giving Timothy Osmund something to play off of.

And that all happens in the span of the first half-hour episode. The second episode features a joust, a tense dinner between Madalena and Richard, and a guest appearance by the charming John Stamos – who, for some reason, doesn’t sing and spends his entire time on screen making “yo momma” jokes.

Though the music is composed by the charming Alan Menken, I can’t help but think the show would have been better off without the music, based on what we’ve heard so far. The cast plays off each other well – Timothy Osmund’s King Richard is, without a doubt, the funniest part of these episodes – but their singing lacks strength. And while the songs are silly, they lack the punch needed to really send them over the edge. This medieval musical can’t even live up to the weakest self-aware songs in “Spamalot.”

But, so far, what they lack in music, they make up for in characters – particularly Madalena, the vicious and evil queen; and Isabella, the clever and manipulative princess. Maybe it’s just me being a sucker for shameless female leads. After all, I loved Regina and Snow best on “Once Upon A Time” when they did what they needed and refused to apologize, so to have two amazing ladies featured so heavily on the show pleases me beyond belief.

I’d keep watching just for them.

What do you think? Will you keep watching, despite the less-than-stellar music, or have the ladies – and Galavant’s charming face – dragged you in? Sound off in the comments below!