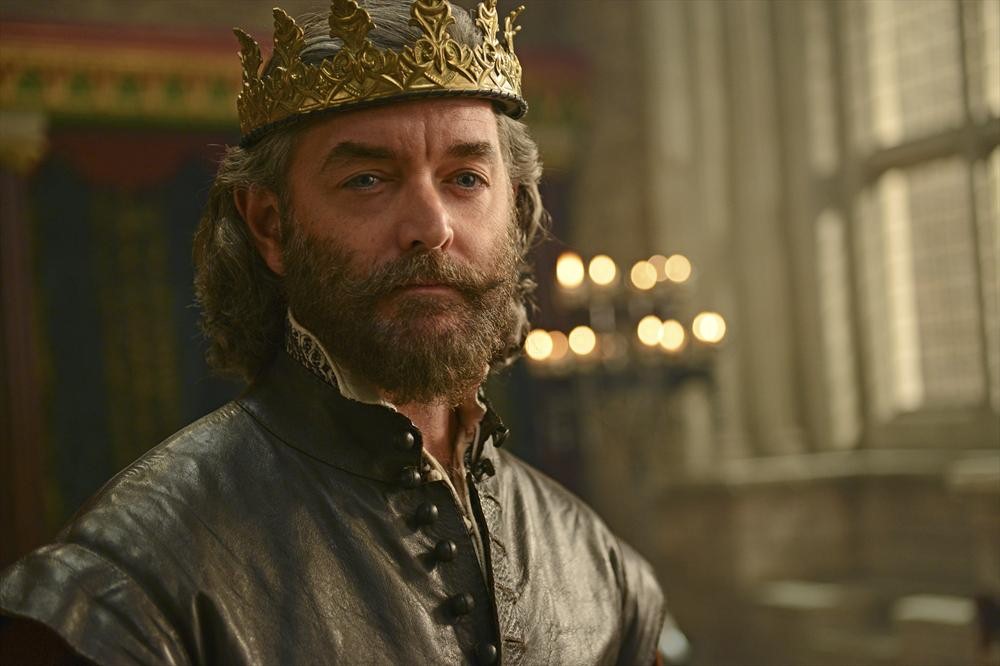 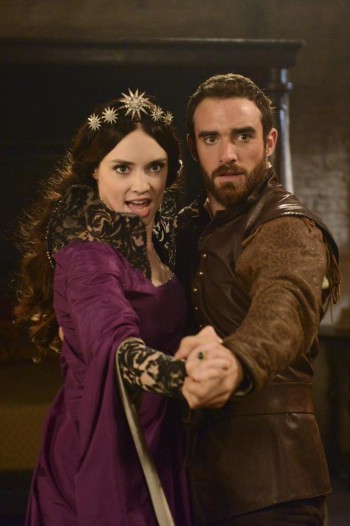 Weird Al, an unabashedly evil queen, and the best song in the show so far made tonight’s “Galavant” episodes – and you know what? I really rather liked it.

We start off with our golden trio of Galavant (Joshua Sasse), Isabella (Karen David) and Sid (Luke “Lee Jordan” Youngblood) arriving at Isabella’s home country to rescue her parents and free Galavant’s long lost love Madalena (Mallory Jansen) – though, of course, Madalena has no desire to be rescued, and Isabella has been playing Galavant the entire time. They stop at a church full of singing monks for Galvant to bathe and for Isabella to get advice from Weird Al before heading off to the castle, where they are promptly captured by King Richard (Timothy Omundsun) and sent to the dungeon.

Isabella executes her plan almost flawlessly, until Madalena finds out the truth of King Richard’s plan and concocts one of her own. She sends off a letter to a mysterious figure – who, of course, is revealed at the end of the episode, but why spoil that for you here? – before dragging Galavant out of the dungeon and into her chambers for a dance number about how she loves him “as much as somebody like her can,” leaving him confused when she throws him back into the dungeon. Richard, left in the lurch with Isabella’s plan in motion, receives the help of the wizard Xanax to figure out his life – and Isabella and Galavant sing a number, the best in the show, about how love may not be so bad.

I want to be critical of “Galavant.” I want to tear it apart and point out that we need better singers, a bigger cast, jokes that stand up for more than giggles. But on the other hand, I’m enjoying “Galavant” more than I have any other fantasy show in a while. It’s a quirky and adorable show with a diverse cast and great celebrity cameos – and for all its flaws, quirky and adorable is something we need more of on television right now.

Don’t get me wrong; it’s not a perfect show. In “Completely Mad…Alena,” the scraggly little chef (Darren Evans) shares what could have been an adorable moment with the girl he’s courting, except they take the moment and drag it into a full song. I love songs, and I love sappy love songs, but the lyrics and singing just weren’t strong enough to make it worth the time. Letting the “Love isn’t for people like us” line stand on its own would have made far more of a punch. And hey, we don’t need to bring up being “weak like women” whenever we need to insult King Richard.

But tonight, save for those few little bumps, everything worked. “Completey Mad…Alena” picked up perfectly from where “Comedy Gold” left off and segued perfectly into “Dungeons and Dragon Lady.” Gareth managed to be funny without dropping a curse word every five minutes. The Chef was adorable. Sid owned his one-liners. And King Richard continues to be the best-acted and funniest character in the show.

Mallory Jansen completely owned her role as evil queen and solidified Madalena’s place as the character in the show I enjoy watching most. How could I resist? She’s unabashedly and unashamedly evil, and I love watching characters revel in their own wretchedness.

Weird Al and his troupe of singing monks had undoubtedly the best cameo of the entire show, in part because it let him do what he does best: sing silly songs with plenty of wordplay. Ricky Gervais as Xanax the Wizard… could have done without the singing, but being Ricky Gervais worked with what he had.

But Isabella and Galavant, and their budding relationship, owned the second half of our “Galavant” hour. I’ve always been a sucker for relationships where one person betrays another and where the love is confusing and tumultuous – it’s why I loved the non-canon ship of Merlin and Morgana in BBC’s “Merlin” and the tangled, messy beginning that was Khal Drogo and Daenerys in HBO’s “Game of Thrones.” Watching Isabella and Galavant come to a point where they can acknowledge their feelings and sing a duet, one of the few songs in the show that didn’t make me cringe and that I would listen to again, was a delight.

It may not be a great show. It may not hold up in a year’s time. But right now, it makes me laugh and want to watch more, and that’s all I really wanted in this show.

Are you enjoying “Galavant”? Will you tune in for the finale next week? And will Disney hire Karen David to voice their next princess? Sound off in the comments below!