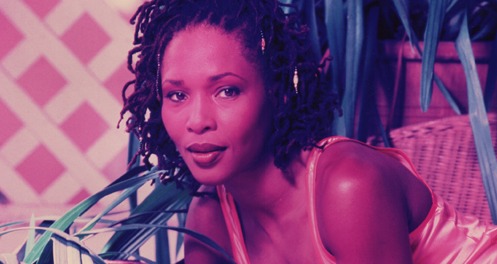 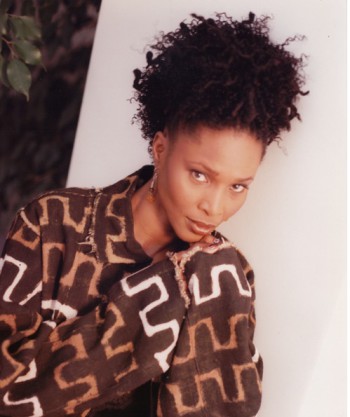 When actress Suzzanne Douglas looks at a script for her potential next role, she doesn’t see Oscars, Emmys, Hollywood stars or even dollar signs. When she reads for a role that calls out to her to perform, she’s looking for one that has meaning or stirs an audience to change.

It’s what called her to portray Cissy Houston in the much anticipated Lifetime original movie, “Whitney,” which premieres tonight at 8 p.m. ET/PT. Cissy Houston, an American soul and gospel singer, had a successful singing career in her own right. Of course, she’s also the mother of the legendary Whitney Houston, who died two years ago this February at the age of 48.

“I believe that artists are, and can be, the consciousness of the nation,” says Douglas. “We have a social obligation to tell a story that creates dialogue that allows us to grow and change. I wanted to do “Whitney,” a film about this woman and her relationship with her daughter and how can we heal and fix that part that is broken.”

Douglas says that the film shows the audience exactly what Whitney lied to her fans about – that she was a drug addict. “It shows a person who is alone when she had the entire world around her,” says Douglas. “It speaks volumes of where we are as a nation and what we need to fix. It’s a cautionary tale. I hope this film creates some dialogue and shows us that we all have something that’s imperfect.”

The movie has had its share of controversy, with the Houston family choosing not to attend the movie premiere. “As an artist, it didn’t affect me that they didn’t show up,” says Douglas. “It affected me because I can understand how open that wound must be for Cissy, who wants her daughter to rest now. I can only imagine that Cissy will be healing for the loss for the rest of her life. I can’t even fathom my daughter leaving this earth.”

Douglas hopes that the entertainment industry takes notes to help those who are hurting and abusing. “We almost have an obligation to open up this dialogue,” she says. “It we don’t talk about it, we will never heal.”

Douglas has already had a successful career. She is widely known for her leading role in the long-running Warner Bros.’ television show, “The Parent‘Hood,” and Mo’Nique’s comedy “The Parkers.” She has also had roles in “Jason’s Lyric,” “The Inkwell” and “School of Rock.” She’s guest starred in “The Good Wife,” “Are We There Yet?” and “Law & Order: Criminal Intent.” For her performance in “Sounder,” she was nominated for an NAACP Image Award.

In “Whitney,” Douglas had the opportunity to work with actress Angela Bassett on Bassett’s directorial debut. “It was a true joy,” says Douglas. “I trust her. She’s a class act, because of her intelligence and ability to tell her story as an actor. She understands the journey. I’ve worked with some phenomenal directors, and she’s a clear director who gets you where you need to be.”

Douglas hopes that her future roles include historical fiction. “I found that with the roles that I was choosing, I was gravitating to roles with social consciousness,” she says. “They have to really speak to my heart and bring awareness.”

It’s why she was drawn to roles such as “Wit,” a theatrical performance that tells the story of a professor who’s diagnosed with fourth-stage ovarian cancer.

When she’s not busy working, don’t expect that she’ll tune into any mindless television to decompress. “I’ve never seen a reality show, not even Whitney’s,” she says. “I don’t want to see someone when they are broken. If it doesn’t inspire me to go out and raise money for an organization or make us better as a nation or as women, I don’t want to watch it.”

She might have missed Whitney’s reality show, but definitely didn’t miss any of Whitney’s music. “That ‘Bodyguard’ album, oh my lord, it was amazing,” she says. “That was the film that started the time when an album would push movie sales. I just don’t think she ever realized how amazing she really was.”