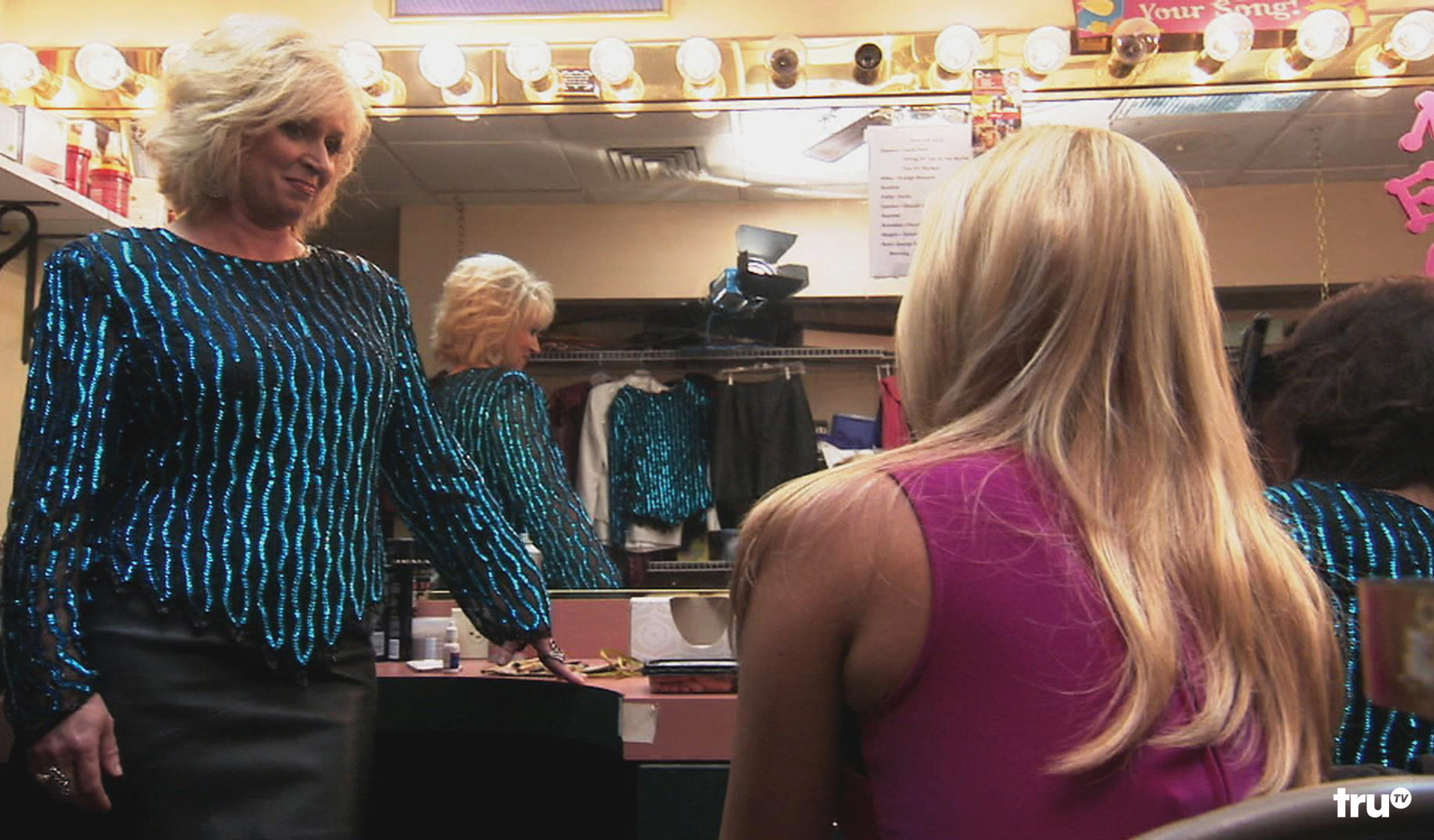 This post brought to you by Branson Famous. The content and opinions expressed below are that of https://www.reellifewithjane.com/. 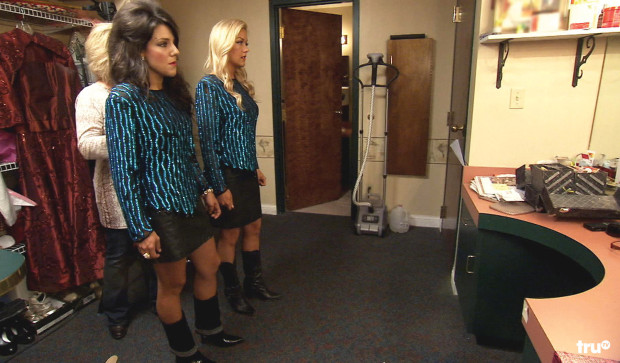 Have you checked out “Branson Famous” yet? I mentioned in my first post about the show that I’m not necessarily a reality-TV girl, but this crazy family and their variety show “The Baldknobbers Jamboree” is addictive.

In the second episode, “The New Girl,” things get seriously awkward when Tim and Patty hire Heather — the blonde bombshell — to become part of the show, and Megan doesn’t take kindly to the news. In fact, things get super weird when Heather tells Megan it must be difficult when a non-family member joins the show.

“Well, I guess I’m not really part of the family, because I wasn’t involved in the decision to hire ya,” Megan tells Heather, as Patty looks on and then calls Megan “bitter.”

Then Megan drags Brandon along to watch Heather perform at the God & Country Theatre — you know, to size up the competition. “Heather needs to realize that she will be scrutinized, and if I want her out, it’s only a matter of time,” Megan tells us.

“I don’t think me and Megan will ever be friends,” Heather tells us. I can’t agree more! And does anyone else feel like we’re in on the gossip – with both Megan and Heather talking about each other to us?

I don’t know about you, but I think Heather seems like a really hard-working girl. She calls herself a “show slut,” because she’s worked on so many shows in town. But to me, that’s not “show slut.” That’s passionate and willing to do what it takes to forge a career in the music business. In her little musical interlude, she sings about wanting to be like Shania Twain or a “Country Britney Spears.”

But things don’t go well with the first rehearsal, when the entire family starts picking apart her performance (which I really liked!). And really, if they didn’t like her specific way of performing, why did they hire her?

Meanwhile, Breezy is dead-set on becoming part of the show, one way or another. So she tries her hand at comedy, thanks to Brandon’s idea — and without Tim’s knowledge. Major power struggle between Tim and Brandon. Poor Breezy – she starts weeping over the whole thing, and I can’t blame her. Tim needs to try some new things and support his daughter.

I’m really curious to see how things go in the next episode. Based on the preview, it doesn’t get any easier for Heather.

Catch up with clips, cast info and full episodes over at the official “Branson Famous” site. The next episode airs Monday, Jan. 12 at 10/9c on truTV. Don’t forget to tweet along with #BransonFamous!