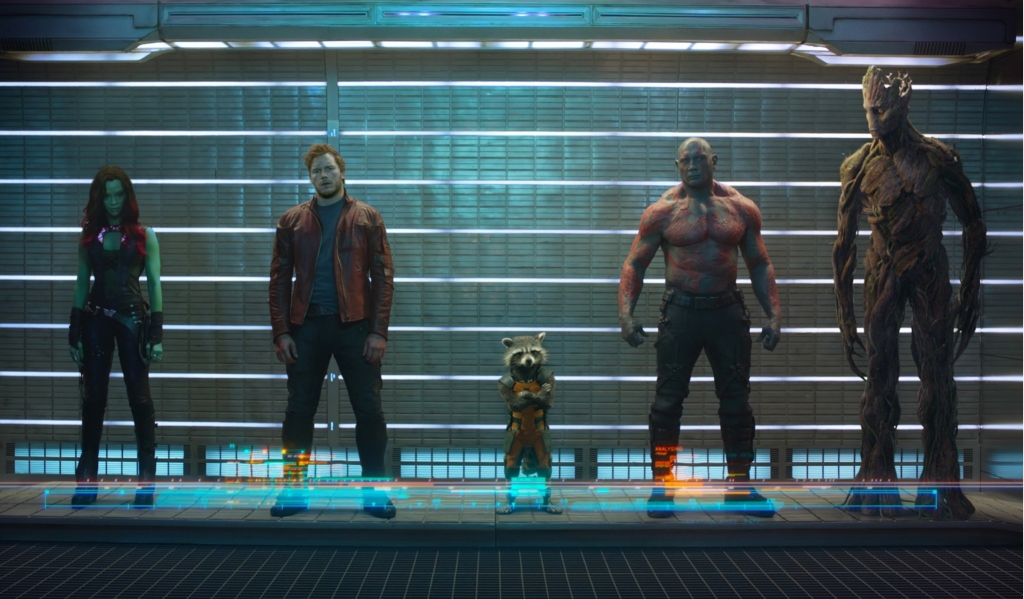 “Boyhood,” “Foxcatcher,” “The Grand Budapest Hotel,” “Nightcrawler and “Whiplash” are nominated for the top original screenplay award by the Writers Guild of America. The Guild just announced their nominations for outstanding achievement in writing for the big screen for 2014, and there are some surprises.

A wild card this year is the WGA nomination of “Guardians of the Galaxy” for adapted screenplay, which finds itself in the company of “Gone Girl,” “The Imitation Game,” “American Sniper” and “Wild.” Big action films are generally not in this category.

A number of high profile films like “Selma” and “The Theory of Everything” are missing from this list, possibly because the writers are not Guild members, which is a requirement for eligibility. Last year, John Ridley, who penned “12 Years a Slave,” was omitted from the WGA nomination list and he went on to win an Oscar for best screenplay. So this list doesn’t ensure an Oscar win, although inclusion in the list means the film has a strong probability of being nominated for this prize.

Winners will be honored at the 2015 Writers Guild Awards on Saturday, February 14, 2015, at simultaneous ceremonies in Los Angeles and New York City.

For fellow writers, no event could be more jolly than the awards ceremony, which is a boozy affair with presentation and acceptance speeches laced with humor, bon mots and snark. Writers get to complain about their lonely, underpaid and underappreciated existence. Writers like nothing more than an event where they can all commiserate and whine together. The event is not televised, so remarks are unfiltered and uncensored. It’s one of my favorite parties of the year, and I can hardly wait!

Below is the list for original, adapted and documentary screenplay nominations:

American Sniper, Written by Jason Hall; Based on the book by Chris Kyle with Scott McEwen and Jim DeFelice; Warner Bros.

Gone Girl, Screenplay by Gillian Flynn; Based on her novel; 20th Century Fox

Guardians of the Galaxy, Written by James Gunn and Nicole Perlman; Based on the Marvel comic by Dan Abnett and Andy Lanning; Walt Disney Studios Motion Pictures

The Imitation Game, Written by Graham Moore; Based on the book Alan Turing: The Enigma by Andrew Hodges; The Weinstein Company

Wild, Screenplay by Nick Hornby; Based on the book by Cheryl Strayed; Fox Searchlight

The Internet’s Own Boy: The Story of Aaron Swartz, Written by Brian Knappenberger; FilmBuff