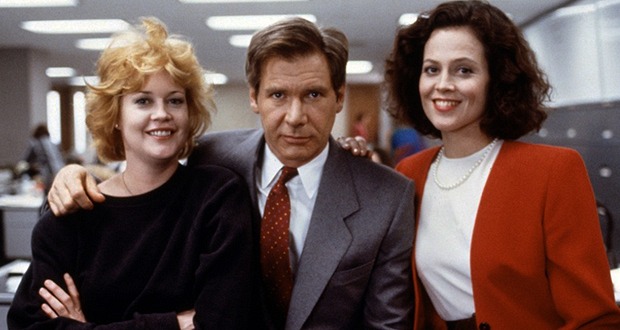 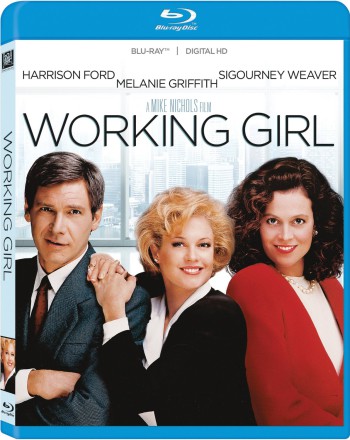 The 1980s and 90s were a veritable breeding ground for beautiful romantic comedies that paved the way for modern day rom-coms. “Mystic Pizza,” “You’ve Got Mail,” “Moonstruck,” “Green Card” and “Pretty Woman” are some of my favorites from that era. Though breezy and fun, there was always that something extra brewing beneath the surface — a message for women everywhere to take charge of your life and follow your dreams.

“Working Girl,” released in 1988 and directed by Mike Nichols, was a trailblazer in that it touched a nerve in women in the workforce. It reinforced the idea that women didn’t have to settle for the secretarial pool. They could aspire to something bigger. They could be bosses and leaders in the workplace. It signaled a resurgence of the women’s movement from the 1960s and 70s that aimed to dismantle workplace inequality, foster better jobs, and demand equal pay for women. Even in 2015, we still have a ways to go on that score.

“Working Girl,” just released on blu-ray Jan. 6, 2015 (buy it over at Amazon), is just as great now as it was when I first saw it in 1988, even with the big hair and shoulder pads. I had just entered the workforce and was working in a law firm with just one female lawyer among several men. The film was especially timely for me, as I was a lowly secretary.

I still love that iconic opening scene of Tess McGill (Melanie Griffth), in her secretary outfit with those cute sneakers, on a ferry headed to her corporate secretarial job in Manhattan. The backdrop is that unforgettable Carly Simon song, “Let the River Run,” which won a Grammy and an Oscar for Best Original Song.

The straightforward plot immediately got every woman who watched the movie on Tess’ side. She has a business idea and explains it to her boss, Katharine (Sigourney Weaver), only to learn later that Katharine has stolen her idea, pretending it’s her own.

Armed with sheer determination and intelligence, Tess teams up with handsome investment banker Jack (Harrison Ford) — who happens to be Katharine’s boyfriend — and pretends she’s higher up the corporate ladder than she is. When Katharine breaks her leg on a skiing holiday, she asks Tess to look after things, and Tess takes over her office, her home, her wardrobe AND her boyfriend. As the story moves along, Tess is THIS close to sealing an ingenious business deal until Katharine comes home, learns of Tess’ deception, and takes control of the boardroom.

Along the way, we get one of steamiest kisses in rom-com history and an iconic line (“I have a head for business and a bod for sin. Is there anything wrong with that?”). Tess moves up the corporate ladder, and secretaries everywhere cheer for her, determined more than ever to shape their own destiny.

As Tess says, “I’m not gonna spend the rest of my life working my ass off and getting nowhere just because I followed rules that I had nothing to do with setting up, OK?” Right on, sister.

There are so many good things about “Working Girl,” not the least of which is a plot that stands the test of time. The movie features a well-written script that glows with warmth, a great soundtrack, and an impressive cast, including Joan Cusack, Alec Baldwin, Nora Dunn, Oliver Platt, Kevin Spacey and Olympia Dukakis. Look close and you’ll see David Duchovny as “Tess’ Birthday Party Friend.”

“Working Girl” also spawned a short-lived TV series in 1990, with Sandra Bullock in the title role. Even with Bullock’s magic, the show just didn’t have the same spark as the movie and lasted only one season.

One of the most entertaining romantic comedies of not only the 1980s, but of all time, “Working Girl” is worth checking out again on the newly released blu-ray.