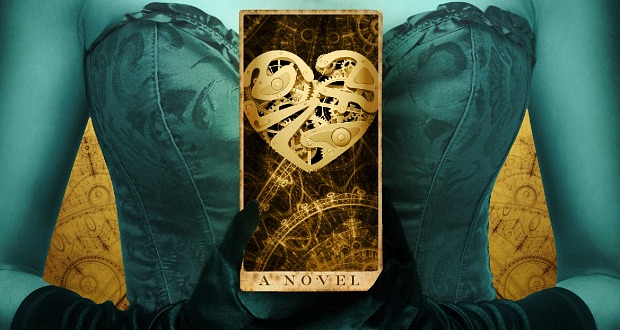 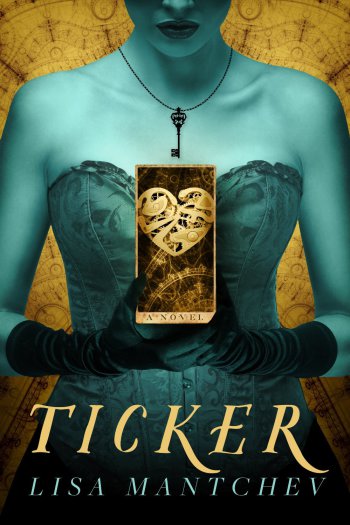 Need something new to read this month? Why not check out “Ticker” by Lisa Mantchev?

“Ticker” is a steampunk romp that follows Penny Farthing, who is turned into the first Augmented when a brass heart is placed within her chest. But when the Farthings’ factory is bombed and her parents disappear, Penny receives a ransom note on all Augmentation research if she wants to see her parents alive again. With the help of her brother, baker Violet Nesselrode, gentleman Sebastian Stirling and Army general Marcus Kingsley, Penny sets out to retrieve her parents.

Lisa Mantchev describes herself as “a temporally-displaced Capricorn who casts her spells from an ancient tree in the Pacific Northwest.” She is best known as the author of the young adult fantasy trilogy “The Théâtre Illuminata.” Her young adult steampunk novel “Ticker” is now available from Skyscape/Amazon.

What is the most important thing we should know about “Ticker”?

“IT IS A ROMP OF A BOOK with an overabundance of nonsense. It is intended for people who like shenanigans and cake and action scenes and a little romance mixed into their NeoVictorian mysteries!”

Tell us more about Penny! Does she kick ass? Clever with gadgets? What’s her hidden talent?

“It was extremely important to me that I break some of the classic social conventions and allow Penny to be the headstrong, impulsive, loyal, and yes, kick-ass character that she is. Despite her physical ailments, she rides a motorized velocipede, shoots guns, and chases down nefarious criminals, all in a bustle skirt. She is brave in ways that I am not, because she knows she might die at any moment. There has been some criticism that she is reckless and gives no thought to her personal safety, to which I must respond: would you hesitate, if this day might be your last?”

You’ve introduced the idea of Augmentation to the heart of “Ticker.” What is augmentation?

What has the experience of publishing “Ticker” been like for you? You recently topped the Kindle charts – has to be exciting!

“It has been utterly thrilling. The Skyscape team has been spectacular from beginning to end, from the first editorial pass all the way through supporting me through the Kindle First launch.”

You’re known for your delicious descriptions of food. How often will we get hungry while reading “Ticker”?

“Any time the characters sit down to rest, there is food. Usually dessert. I think no one who knows me will be surprised by this…”