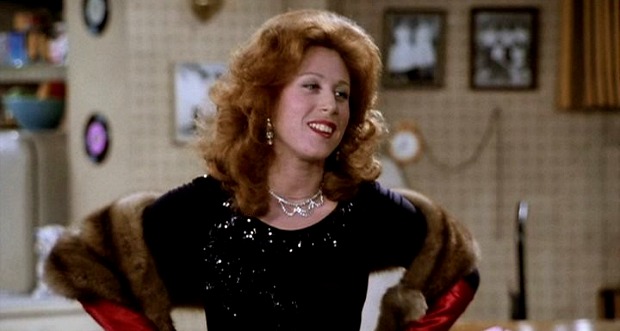 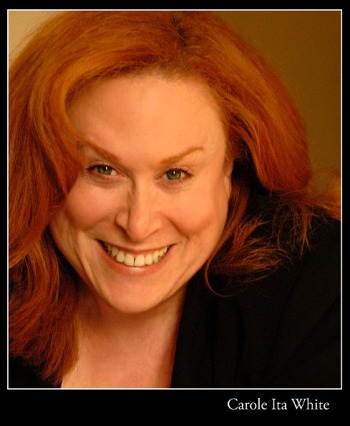 On some television shows, the actors who carry the supporting roles are just as talented as those who headline. In the 1970s and 80s, when there were more live studio audiences, the crowds would often scream and applaud when these characters entered the set.

One of those memorable supporting characters was ‘Big Rosie’ Greenbaum on the popular sitcom “Laverne & Shirley” (which ran on ABC from 1979 to 1983), and she was brilliantly played by noted actress Carole Ita White. When that door opened and Big Rosie entered the set, the audience went crazy and knew they were in for some fun between Laverne and Big Rosie.

As a “Laverne & Shirley” superfan, I was absolutely thrilled to spend almost 45 minutes on the phone with Carole Ita White to talk about her life, her acting career and what she’s up to now. She is extremely down-to-earth, and her passion for show business is evident.

Interestingly, White made her start in the industry when she was just a little girl, rubbing elbows with the likes of Danny Thomas (“Make Room for Daddy”) and Jimmy Stewart (“It’s a Wonderful Life”). If you’re over 40, you might remember her dad, character actor Jesse White, who had roles in dozens of films and TV programs, but was also remembered as the original Maytag repairman in the company’s commercials.

White fondly remembers her childhood. “By the grace of God, I was brought up in Beverly Hills,” she says. “In the old days you were rich, but the kids didn’t know it. It wasn’t like today where kids just get a new Mercedes. I turned 16 and got to use our hand-me-down car.”

Growing up in the business with her father, she hobnobbed with celebrities all the time. “We’d go to parties with Marlon Brando, Tony Curtis and Paul Newman, so I felt like a professional even when I was in high school,” she says. “But my dad taught me from a very early age that we weren’t in awe, we work with them.”

READ: Interview: Penny Marshall Tells All in New Memoir, ‘My Mother Was Nuts’

She spent time on the movie and television sets with her dad too, including on such legendary shows as “Make Room for Daddy” and “Private Secretary.” “He took me to the studio with him,” says White. “He was recognized everywhere we went. It was my greatest joy, and acting became a bug in me. He never wanted me to be in show business, though, and told me to go to college.”

White says that’s what she did, but she started acting while in Sunday school and was in a Hanukkah play with actor Richard Dreyfuss (“Close Encounters of the Third Kind”). She was also in high school theater with Rob Reiner (“All in the Family”) and Al Brooks (“Broadcast News”), and she says, “There was never a doubt in my mind that’s what I wanted to do.”

She received her first Equity, SAG and AFTRA job all in one week. It was a role in “Evil Roy Slade,” a spoof comedy written and produced by Garry Marshall and Jerry Belson, who were both writers for the “Dick Van Dyke Show” at the time. Marshall was also the creator of such shows as “Happy Days,” “Laverne & Shirley” and “Mork & Mindy.” “Evil Roy Slade” also co-starred John Astin, Mickey Rooney and Milton Berle, and was Penny Marshall’s first acting job.

“I played a homely girl in the bank,” says White. “The robber comes into the bank and kisses the beautiful girls. Instead of kissing me, he puts the mask back over his face. It could have been degrading, but I was so happy to be there.”

“Laverne & Shirley” debuted in 1976 as a sitcom spinoff to the wildly popular “Happy Days.” “The first season they came on, I auditioned for the role of raunchy girl in pool hall before I became Rosie,” says White. “Laverne and I get into a fight, and I say ‘I’m gonna rip that L right off your chest,’ and Laverne says, ‘Touch my ‘L’ sweetie and your teeth go to Peoria.’ They were looking for someone to fight with Penny, so they brought me back as Rosie. I was doing physical comedy wearing high heels and getting stuff dumped on my head.”

Rosie became a very popular character on “Laverne & Shirley,” but her time on the sitcom was limited. After season three, Big Rosie only made one other appearance in season seven, much to the dismay of her fans.

“Back then I was naïve, loved working and had youthly enthusiasm,” she says. “Big Rosie was so popular in those days that I just scratched my head. My father said ‘You have a lot of talent, pick yourself up and knock ‘em dead. I started doing whatever roles I could get, on the ‘The Love Boat,’ ‘Starsky & Hutch,’ etc.,” she says. “I worked a lot for Aaron Spelling and enjoyed those jobs. I also did a lot of theater and became a serious actress.”

It was at this time of her life that White’s mother was ill. “I was the single daughter with no children, so my life changed and I moved at home with my mother.  I learned to cook, change diapers and give enemas. It allowed me to get my priorities in life straight.”

White, now 65, called this time in her life a “relief and a place to hide.” “It healed my heart,” she says. “I worked at the Museum of Contemporary Art for six years. I produced and directed audio books for five years. All through those jobs, if I got an acting job, such as on ‘Who’s the Boss,’ I would do it.”

She also appeared on “Falcoln Crest” and “Dynasty,” and landed roles in “The Fabulous Baker Boys” and “The Witches of Eastwick. “I worked a little here and there, but it wasn’t until about two years ago that I started to really have the taste for the work again.”

Thankfully, we can see her back on the screen again in “American Bred” where she plays Agnese, an Italian mother, and on an a web series “Good Vibrations,” with Maxie Solters. “I’m now working with these wonderful, enthusiastic young artists, who have not been kicked in the gut by show business yet,” she laughs. “I feel like I’m finally coming into the age where I’m supposed to do a lot of work.”

She said she’d love to work on a regular television series again. “I’d like a role like Doris Roberts had on ‘Everybody Loves Raymond.’ I always joke with my agent to find a show like ‘Cheers’ where I’m an old woman barfly, who looks up and goes back to sleep on the bar. The business is so different today with so many reality shows and so few network shows that go past two or three episodes, so doing the work now comes in things like web series, and I’m lucky to be in the movies I’m in.”

In addition to acting, White also teaches. “There are other things that are important to me besides acting now,” she says. “Being in a movie doesn’t mean the same as when I was a young girl. Back then it was a source of love and attention. Today, I’m older and wiser and they are fun to do, but I love tending to my garden, playing with my dog, seeing my boyfriend and being with my nieces and nephews.”

With everything she’s been through, White says that she realizes what’s most important in her life. “Making people laugh and giving back,” she says. “Helping others who just need someone just to say ‘Hello.’ My mother and sisters lived to their 80s and 90s, and I was there to love them.”

White is still in contact with the “Laverne & Shirley” castmates. “I always see David Lander (Squiggy),” she says. “His wife Cathy is a good friend of mine. I talk to Cindy (Williams, who played Shirley), and have seen Eddie Mecca (Carmine). Penny and I would see each other at parties and say hi.”

(Okay I have to admit, I own every episode of “Laverne & Shirley.” Treating myself to the last two seasons on DVD for this Christmas. You should do the same.)