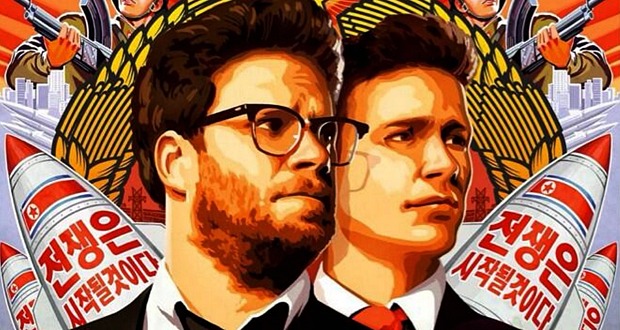 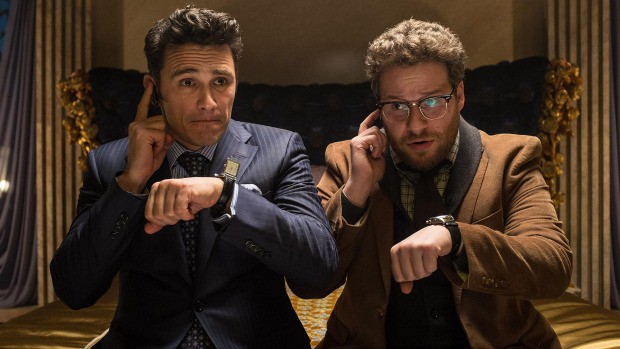 James Franco and Seth Rogen tweeted their joy that “The Interview,” their satiric comedy caper about the assassination of North Korean dictator Kim Jong-un, will be released Christmas Day.

The people have spoken! Freedom has prevailed! Sony didn’t give up! The Interview will be shown at theaters willing to play it on Xmas day!

Alamo Drafthouse sent a release today announcing that some of their theaters would screen the film, although showtimes and theaters are yet to be determined. Cinephiles can follow @Drafthouse for further announcements. (It’s unclear what other theaters will show the film.)

Below is a statement from Alamo Drafthouse CEO Tim League that came in a release today:

“We cannot imagine the pressures that have been affecting Sony, at all levels of the organization they have been under attack. Amidst this unwarranted chaos, they have regrouped and listened to the public, the government and the exhibition community and responded with resolve and determination. At 10:45 AM Sony bookers approved screenings at the Alamo Drafthouse Cinema and other arthouse and independent theaters across the country.

“This is the best Christmas gift anyone could give us. We, both distributors and exhibitors, have collectively stood firm to our principles and for the right to freedom of expression.

“Two days til Christmas, and I am proud to be an American.”

The media has fixated obsessively on Sony’s hacking problems and how it caused Sony to decide they would not release the Seth Rogen-James Franco comedy “The Interview” as planned. When the President weighed in that the studio made a mistake in pulling the film, and comedians like Jimmy Kimmel joked about North Korean making our cultural decisions, there was no way the cyber-terrorists could win.

The film’s limited release on Christmas Day is a victory for free speech and a blow against censorship, but for audiences who look to films for wit and inspiration, maybe not so much.

I saw “The Interview” several weeks ago – before the hoopla  – at a mass media screening at a Times Square Theater. I wasn’t expecting much but was in the mood for a few laughs, especially after seeing the fine but heavy weight Oscar hopefuls “Unbroken,” “The Imitation Game,” “American Sniper,” “Selma” and “The Theory of Everything” all in two weeks.

Before the screening of “The Interview,” the fine folks at Sony held a small party at a Mexican restaurant with margaritas on the house. It turns out a little alcoholic lubrication that dulls the brain cells is the ideal way to see the film.

All the fuss seems like much ado about nothing. Why North Korea is so riled up about the film when America comes off looking nearly as bad as the North Koreans is a mystery.

By now everyone knows the plot. Co-directed and co-written by Seth Rogen and  “This Is The End” partner Evan Goldberg (Dan Sterling also wrote the script), James Franco plays dimwitted talk show host, David Skylark, and Seth Rogen plays the show’s producer Aaron Rapaport, who dreamed as a journalism student of working on “60 Minutes.”

In one of the film’s highlights, Eminem has a cameo and during an interview casually mentions he is gay. The riffs on Eminem’s lyrics and Franco’s incredulity at getting such a scoop makes for some funny screwball comedy gags. But what may be the movie’s funniest moment happens early; in the movie’s opener, angelic round-faced North Korean schoolchildren rapturously sing a patriotic song that translates to “die America die” and “may all your women be raped by beasts in the jungle.” Nothing that follows in the movie is as funny.

In shades of former Chicago Bull basketball player Dennis Rodman’s 2013 visit to North Korea for the cable station Vice, Skylark and Rapaport are invited to North Korea to interview Kim, who inexplicably is a fan of their schlocky program. The CIA gets wind of the plans and a sexy CIA agent (Lizzy Caplan) tries to talk them into assassinating the dictator.

Skylark and Rapaport can’t seem to get the instructions right. Plans involve concealing poison on what looks like a bandage on Rapaport’s hand. There’s some bungling with the poison that gets passed back and forth, dropped and then lost, and makes for some funny slapstick maneuvers. Rapaport, who has the poison concealed on his finger, reaches out to shake the dictator’s hand. By now, Skylark has second thoughts about killing Kim and shouts out to Kim not to take the outstretched hand. “Why?” Kim asks. “Because he’s a Jew,” replies the frazzled Skylark, which prompts the dictator to grimace in disgust and pull back his hand.

The movie has many gay jokes and, typical of Rogen’s films, pokes fun at masculinity issues. An effeminate Kim is also nearly nude in some scenes. Kim tries to woo Skylark into thinking he’s a great guy and a benevolent ruler. Skylark calls the method “honey dipping,” which has obvious gay overtones. In order to win him over, Kim even gives Skylark an adorable puppy. Only later does Franco’s character discover Kim has created an elaborate ruse to fool him, such as showing him a well-stocked grocery store, which he later discovers is filled with plastic food.

The Barbara Walters-like interview scene at the end where Skylark confronts Kim and asks him why his people are starving doesn’t get the expected payoff. Kim rebuts the question with unflattering critiques about America that may be true and go unanswered. Chases, explosions and crashes follow. I felt the most tension worrying about the Prince Cavalier puppy Franco cradles while explosives go off.

As for the assassination scene, it’s murky and unclear. Kim’s head seems to explode because of a bomb, but Rogen and Franco’s characters don’t assassinate him. There seems to be some attempt to leave Kim’s death unclear as a sort of compromise to Kim and North Korean officials to lessen their anger. Apparently, it didn’t work.

“The Interview” has the typical Seth Rogen gags about masculinity issues and bathroom humor that has been much funnier in his other films. This is mild stuff. Now the main reason to see “The Interview” is to see what all the fuss is about and to stick it to the hackers and anyone else who tried to stop the film’s release.