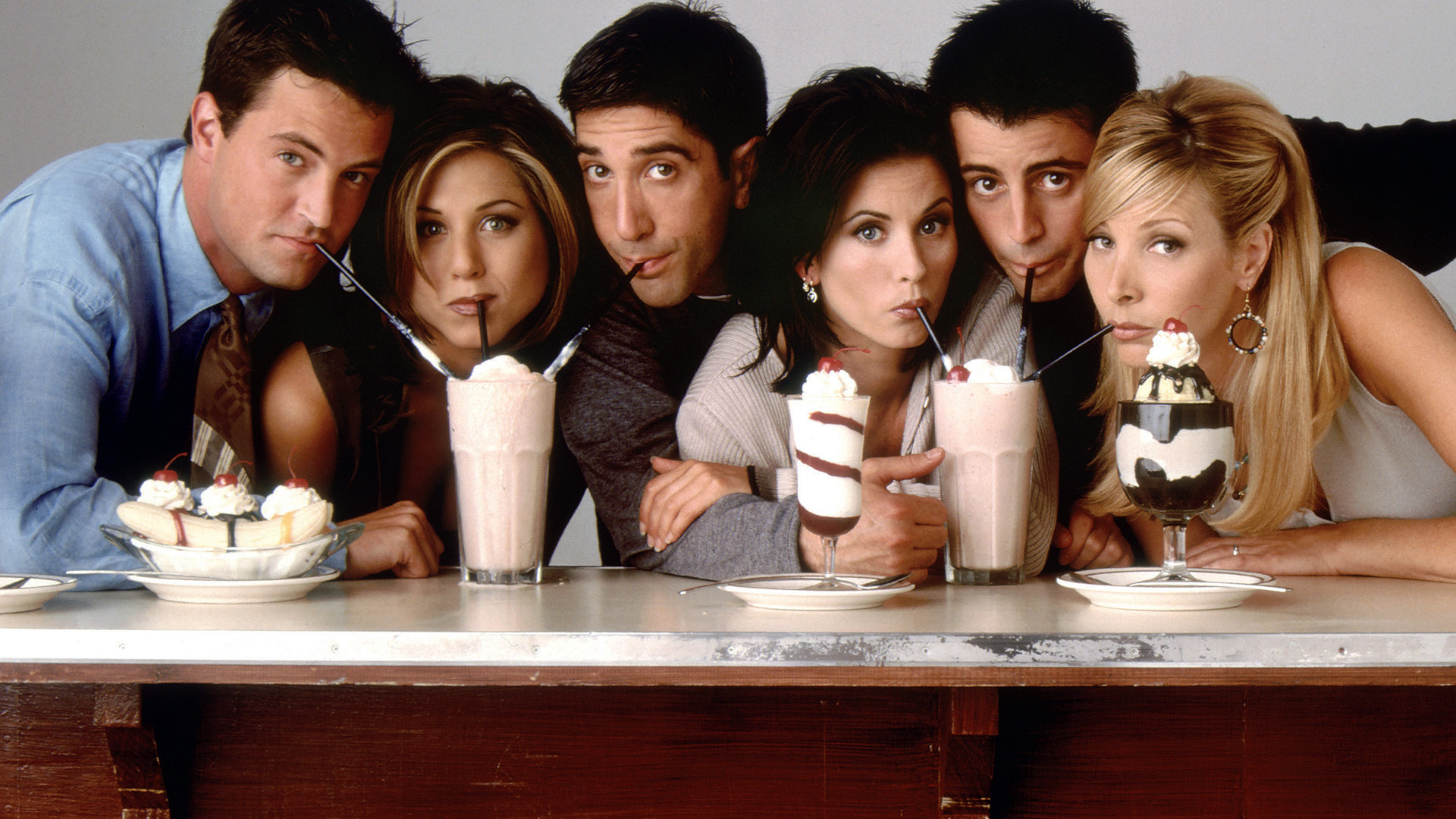 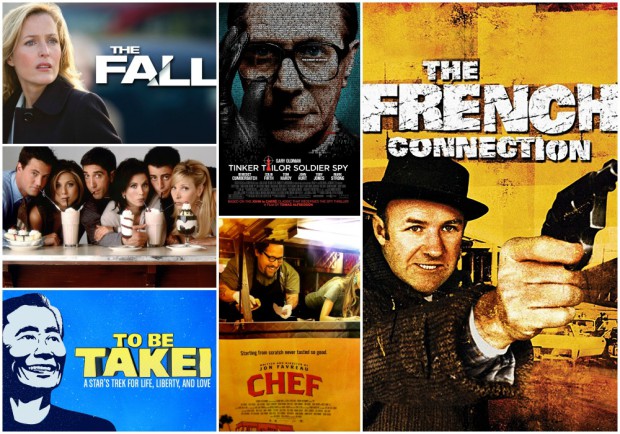 New year! New Netflix titles! The big news is that “Friends” — the complete series — will be available on the popular streaming service in January. Even though you can usually find the beloved comedy somewhere on the TV dial, it’ll be nice to have the entire series all in one place to revisit or see new for the first time. 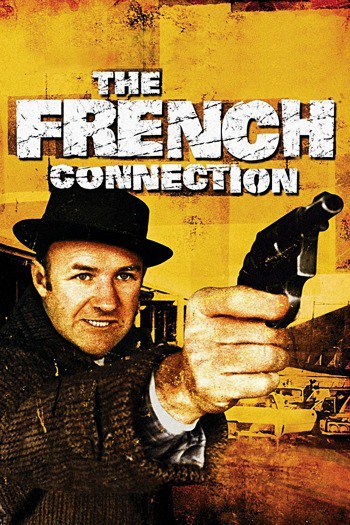 My other top picks for January include “The French Connection,” director William Friedkin’s classic action thriller starring Gene Hackman and Roy Scheider as a pair of NYC cops in the Narcotics Bureau who stumble onto a drug smuggling job with a French connection. During the surveillance and eventual bust, Friedkin provides one of the most gripping and memorable car chase sequences ever filmed. Don’t miss it.

“To Be Takei” is director Jennifer Kroot’s thoughtful documentary about the eclectic 77-year-old actor/activist George Takei, whose wit, humor and grace have helped him to become an internationally beloved figure and Internet phenomenon with 7 million Facebook fans and counting. This film gets up close and personal with the beloved actor who grew to fame playing Lt. Sulu on “Star Trek” and is now a fierce gay rights activist.

If you can wade through the dense plotline, “Tinker, Tailor, Soldier, Spy” is worth a look. This remake of John Irvin’s 1979 award-winning miniseries features an all-star cast, including Mark Strong, John Hurt, Gary Oldman, Colin Firth, Benedict Cumberbatch and more. Directed by Tomas Alfredson, it takes place in the bleak days of the Cold War, during which espionage veteran George Smiley is forced from semi-retirement to uncover a Soviet agent within MI6.

Let’s take a closer look at all the new releases on Netflix in January.

101 Dalmatians (1996). When Cruella De Vil dognaps 15 Dalmatian puppies to make them into a fur coat, their parents rally all the city’s animals to come to their rescue. This is the live-action version starring Glenn Close, Jeff Daniels and Joely Richardson.

Bad Boys II (2003). In this hyperkinetic sequel, a pair of Miami narcotics cops investigate a Cuban drug kingpin’s connection to Florida’s influx of Ecstasy. Will Smith and Martin Lawrence star.

Cast Away (2000). After FedEx systems engineer Chuck Noland’s (Tom Hanks) plane crashes in the Pacific Ocean, he finds himself fighting to survive on a deserted island. At least he has Wilson, the volleyball, to talk to.

Dallas: Season 3 (2012). More than 20 years after their final curtain call, the Ewings return with both new and familiar faces, not to mention all the treachery of the original series.

Get Low (2009). Robert Duvall stars as irascible backwoods loner Felix Bush, who plans his funeral while he’s still around. You know, so he can attend and enjoy the proceedings.

Election (1999). Tracy Flick appears to have the election for student council president sewn up until a teacher rounds up a worthy opponent: a popular football player. Reese Witherspoon and Matthew Broderick star.

Fort Bliss (2014). Maggie, a U.S. Army medic and single mother, returns home from an extended tour of duty in Afghanistan to discover the bond with her five-year-old son has been broken. Michelle Monaghan and Ron Livingston star.

Friends: Complete Series (1994-2004). This hit sitcom follows the merry misadventures of six 20-something pals as they navigate the pitfalls of work, life and love in 1990s Manhattan.

Jeepers Creepers 2 (2003). An ancient creature known as the Creeper terrorizes a group of varsity basketball players, cheerleaders and coaches stranded on a remote highway.

Mean Girls (2004). Cady joins her new high school’s most powerful clique but there’s hell to pay when the ex-boyfriend of the clique’s leader wants to be Cady’s guy. Tina Fey penned the screenplay for this angsty teen movie starring Lindsay Lohan and Rachel McAdams.

Shall We Dance? (2004). A wistful middle-aged lawyer (Richard Gere) finds an undiscovered passion when an impulse prompts him to take ballroom dancing lessons. 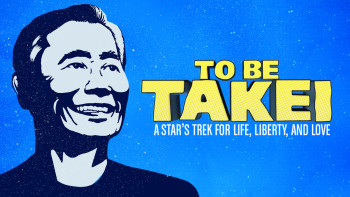 To Be Takei (2014). This documentary profiles the career of actor George Takei, who played Lieutenant Sulu on “Star Trek” and later became a gay rights advocate.

The French Connection (1971). Tough narcotics detective “Popeye” Doyle is in hot pursuit of a suave French drug dealer who may be the key to a huge heroin-smuggling operation. Gene Hackman, Fernando Rey and Roy Scheider star in this William Friedkin-directed classic known for its impressive chase scenes.

The Quiet Man (1952). Ex-boxer Sean Thornton (John Wayne) courts lovely Mary Kate (Maureen O’Hara). But her brother may need some common sense knocked into him before the deal is done. Directed by John Ford, a frequent collaborator with Wayne.

The War of the Worlds (1953). When a scorching meteor-like object crashes to Earth, a scientist waits three ill-fated days for the object — a Martian-filled spaceship — to cool. If you’ve only seen the updated Tom Cruise version (which is also very good), be sure to check out this original classic.

Wayne’s World 2 (1993). In this sequel to the comedy hit based on a recurring “SNL” skit, a message from Jim Morrison in a dream prompts cable access TV stars Wayne (Mike Myers) and Garth (Dana Carvey) to put on a rock concert, “Waynestock,” with Aerosmith as headliners.

Jack Ryan: Shadow Recruit (2014). CIA analyst Jack Ryan tries to thwart a terrorist plot to bring down the U.S. economy in this action-thriller starring Chris Pine in the title role.

Brick Mansions (2014). An undercover Detroit cop (Paul Walker, in his last film) navigates a dangerous neighborhood surrounded by a containment wall with the help of an ex-con in order to bring down a crime lord and his plot to devastate the entire city.

Psych: Season 8. Shawn Spencer (James Roday) appears to possess a nearly supernatural gift for crime-solving — so much so that the police begin employing his services as a psychic.

Z Nation: Season 1. Three years after the zombie virus has gutted the country, a team of everyday heroes must transport the only known survivor of the plague from New York to California, where the last functioning viral lab waits for his blood.

Being Human: Season 4 (U.S.). Boston roommates Aidan, Josh and Sally are your average 20-somethings — except that they’re also a vampire, werewolf and ghost, respectively.

Wolfblood: Season 3 (2014). This supernatural drama follows a teenage girl who has the powers of a werewolf, including heightened senses and super strength and speed. 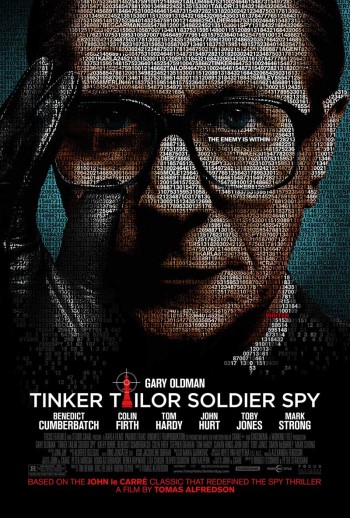 The Adventures of Puss in Boots: Season 1 (2015; Netflix Original). The world’s greatest feline fighter, lover and milk connoisseur is back in this original series filled with daring adventures, great boots, and laugh-out-loud fun. Nothing can get in this swashbuckling kitty’s way … except maybe a hairball.

The Fall: Season 2 (2013; Netflix Original). When the Belfast police are stalled in their investigation of a spate of murders, Detective Superintendent Stella Gibson is drafted to investigate. “The X-Files” star Gillian Anderson and Jamie Dornan star.

Iliza Shlesinger: Freezing Hot (2014; Netflix Original). Iliza Shlesinger hits the stage of the Gothic Theatre in Denver, Colorado in her sophomore standup comedy special, a follow-up to her acclaimed “War Paint.” The smart and brazen comedian brings her fresh, intelligent and fearlessly honest perspective into the universally known struggles between men and women, including the truths about first date attire, fantasy breakups and women’s obsession with fall. 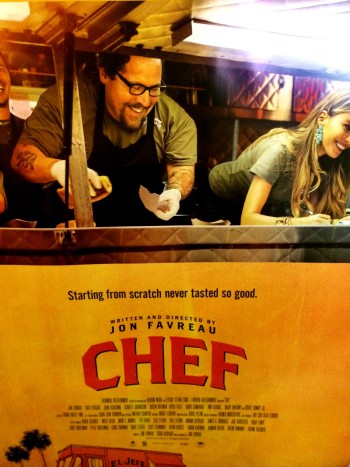 Chef (2014). When chef Carl Casper’s (Jon Favreau) plans for opening a restaurant in Los Angeles fail to pan out, he returns home to Miami and debuts a food truck instead. Sweet and heartwarming.

Beauty & The Beast: Season 2. This remake of the 1987 TV show follows a homicide detective and a veteran transformed into a beast by a military experiment gone awry who become allies after they meet by chance. Kristin Kreuk and Jay Ryan star in this show that airs on The CW.