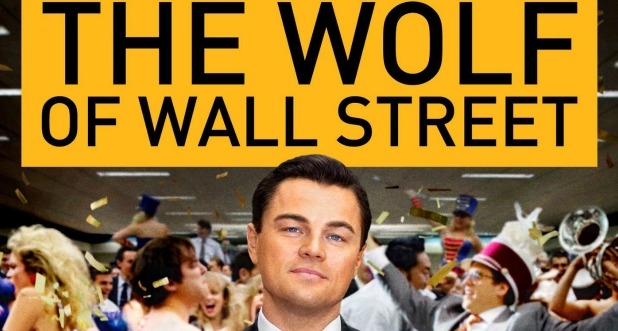 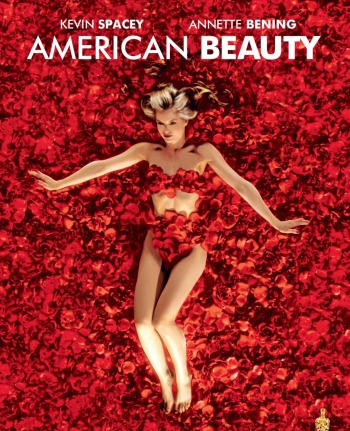 December has arrived and with it, another month of fresh movies and TV shows to watch on Netflix! Not to mention plenty of Netflix Originals.

Be sure to check out “American Beauty,” Sam Mendes’ 1999 film starring Kevin Spacey as a sexually frustrated suburban dad; “The Wolf of Wall Street,” Martin Scorsese’s film about the fast-living Jordan Belfort (Leonardo DiCaprio); and the first season of “Broadchurch,” a crime thriller starring David Tennant.

I also have to mention “The Honorable Woman: Season 1,” in which Maggie Gyllenhaal delivers a spot-on performance as a woman who works for the reconciliation of Israelis and Palestinians amidst government paranoia, espionage and sibling treachery.

Let’s take a closer look at all the new releases on Netflix in December.

Almost Famous (2000). Billy Crudup, Frances McDormand, Kate Hudson, Jason Lee, Patrick Fugit, Zooey Deschanel. In the early 1970s, teenage writer William Miller gets a plum assignment from a Rolling Stone editor to write about the band Stillwater on a cross-country tour. Along the way, he learns about friendship and love with help from Penny Lane.

Bewitched (2005). Nicole Kidman, Will Ferrell, Shirley MacLaine, Michael Caine, Jason Schwartzman, Kristin Chenoweth. Hoping to revive his career, washed-up actor Jack Wyatt is convinced that Isabel Bigelow would make the perfect Samantha to his Darrin in a film update of the 1960s sitcom “Bewitched.” But Jack doesn’t know how right he is: Isabel really is a witch.

Out of the Clear Blue Sky (2012). Directed by a family member of one of the victims, this gripping documentary tells the story of financial firm Cantor Fitzgerald in the aftermath of the September 11, 2001 terrorist attack, which took the lives of 658 of the company’s employees.

Out of Time (2003). Denzel Washington, Eva Mendes, Sanaa Lathan, Dean Cain, John Billingsley, Robert Baker, Alex Carter. When a small Florida town is shocked by a double homicide, chief of police Matt Lee Whitlock races against time to solve the case as he himself falls under suspicion. To uncover the truth, he’ll have to stay a few steps ahead of his own police force.

Troop Beverly Hills (1989). Shelley Long, Craig T. Nelson, Betty Thomas, Mary Gross, Stephanie Beacham, Audra Lindley. Shelly Long stars as a spoiled Beverly Hills housewife who decides — in an effort to disprove her husband’s characterization that she’s a selfish trophy wife — to become the leader of her daughter’s wilderness group. Failing miserably at first — she takes them on outings at the mall rather than in the woods — she later must prove her worth as a legitimate troop leader by instilling lessons of teamwork and selflessness in her young charges.

Oculus (2014). Karen Gillan, Brenton Thwaites, Katee Sackhoff, Rory Cochrane, Annalise Basso, Garrett Ryan. Now young adults, sibs Tim and Kaylie are still trying to recover from — and get to the bottom of — their parents’ deaths more than a decade ago. Tim is skeptical, but Kaylie believes an antique mirror is to blame, and sets out to prove it.

Bill Burr: I’m Sorry You Feel That Way (2014) – Netflix Original. Bill Burr escapes the zombie apocalypse, explores how rom-coms ruin great sex, and explains how too many childhood hugs may be the downfall of man.

Ava & Lala (2014). George Takei, Tim Curry, Mira Sorvino, J.K. Simmons. After Ava, a spirited, imaginative girl who’s always in trouble meets a curious animal named Lala, she follows him into a magical whale that takes them to Cloud Land; a world of talking animals. Together, Ava and Lala go on a wild adventure.

I Am Ali (2014). Rahaman Ali, Angelo Dundee, Jim Brown, Carl Fischer, George Foreman, Mike Tyson. Drawing from a collection of audiotapes recorded by Muhammad Ali as a personal journal, this affecting documentary offers new perspectives on the legendary boxer’s life outside the ring.

A Haunted House 2 (2014). Marlon Wayans, Jaime Pressly, Essence Atkins, Gabriel Iglesias, Cedric the Entertainer, Missi Pyle. Marlon Wayans returns in this spoofy sequel as the grieving Malcolm, who’s trying to move on after his girlfriend’s untimely tragic death. But Malcolm has reason to believe his beloved is back when strange things start happening in his new home.

The Village (2004). Bryce Dallas Howard, Joaquin Phoenix, Adrien Brody, William Hurt, Sigourney Weaver. When a willful young man tries to venture beyond his sequestered Pennsylvania hamlet, his actions set off a chain of chilling incidents that will alter the community forever in this atmospheric thriller featuring a star-studded cast. 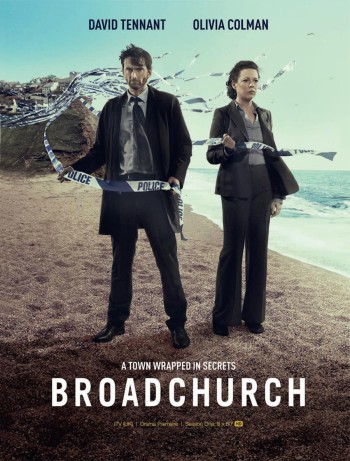 Broadchurch: Season 1. After a young boy is murdered in the small seaside town of Broadchurch, local detectives Ellie Miller and Alec Hardy are assigned the mysterious case. This crime series follows the clues, obstacles and red herrings that surface in the investigation.

Nick Offerman: American Ham (2014). Riding on the crest of his TV success in “Parks & Recreation,” musician and comedian Nick Offerman covers a galaxy of topics in a one-man stage show. Filmed live in New York, the show features Offerman’s woodworking skills and tips for prosperity.

Jake Squared (2014). When 50-year-old auteur Jake Klein decides it’s time to make sense of his life, he throws a bash, hires an actor to play him and starts filming. But Jake gets an earful when everyone from his dead dad to his younger selves turn up to dispense advice.

Ragnarok (2014). Pål Sverre Hagen, Nicolai Cleve Broch, Sofia Helin, Bjørn Sundquist, Maria Anette Tanderød Berglyd. When archaeologist Sigurd Svendsen sets out to find the link between an ancient shipwreck and the Viking apocalypse known as Ragnarok, his search for the truth leads to an earth-shattering discovery beyond his worst nightmares. 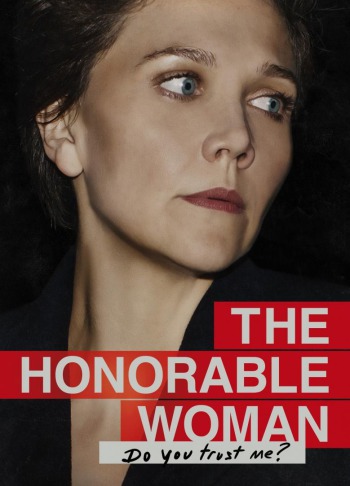 All Hail King Julien (2014) – Netflix Original. King Julien is shaking his booty harder than ever! Discover the wild world of Madagascar as the king takes on the jungle’s craziest adventures.

Paranormal Activity: The Marked Ones (Extended Version) (2014). Andrew Jacobs, Jorge Diaz, Gabrielle Walsh, Renée Victor, Noemi Gonzalez, David Saucedo. This spinoff from the spooky “Paranormal Activity” series relates the terrifying ordeal of a Latino family living in Southern California. When assailed by a horde of demons, the family must turn to their faith to escape with their souls intact.

Dark Skies (2013). Keri Russell, Dakota Goyo, J.K. Simmons, Josh Hamilton, Annie Thurman, Trevor St. John. Keri Russell and Josh Hamilton star in this thriller as a couple who has trouble convincing friends and neighbors that an alien is entering their house each night to terrorize their children. So they take matters into their own hands.

The Trip to Italy (2014). Steve Coogan, Rob Brydon, Rosie Fellner, Claire Keelan, Ronni Ancona, Rebecca Johnson. Following in the footsteps of the great romantic poets, Steve Coogan and Rob Brydon traverse the Italian countryside musing about life and love. Work enters the conversation as well in this largely improvised sequel to the roadtrip comedy “The Trip.”

Good People (2014). James Franco, Kate Hudson, Omar Sy, Tom Wilkinson. A financially beleaguered couple can’t believe their good fortune when they discover a boatload of money in the apartment of a neighbor who was recently murdered. But their luck soon turns dangerously sour.

Child of God (2014). Scott Haze, James Franco, Tim Blake Nelson, Jim Parrack, Nina Ljeti, Brian Lally. First parentless, then homeless, poor Lester Ballard never had much of a chance. Now, as a violent, anti-social adult, he has even less of one. Simultaneously shunned and pursued, Lester retreats to a cave and descends into his own dark fantasies.

Behaving Badly (2014). Nat Wolff, Selena Gomez, Mary-Louise Parker, Elisabeth Shue, Dylan McDermott, Jason Lee. Nina is so lovely, and Rick so besotted with her, that he has no qualms about wagering against a mobster’s son over his chances of dating her. With two weeks to land his prey, the teen must face down a host of wild characters in this dark comedy.

Comedy Bang! Bang!: Season 3. Scott Aukerman brings his popular podcast Comedy Bang! Bang! to television. Scott writes and stars in the series along with his co-host and bandleader, Reggie Watts, while featuring celebrity guests playing either themselves or characters.

I, Frankenstein (2014). Aaron Eckhart, Bill Nighy, Yvonne Strahovski, Miranda Otto, Socratis Otto, Jai Courtney, Kevin Grevioux. Many decades after his creation, Adam Frankenstein is still hunted through modern city streets, although now his pursuers are opposing clans of demons who want to uncover the secret of his longevity and use it to sustain their own immortality.

Jessie: Season 3. Texas teen Jessie moves to the Big Apple to follow her dreams, and finds a job as a nanny for a high-profile family with four high-energy children.