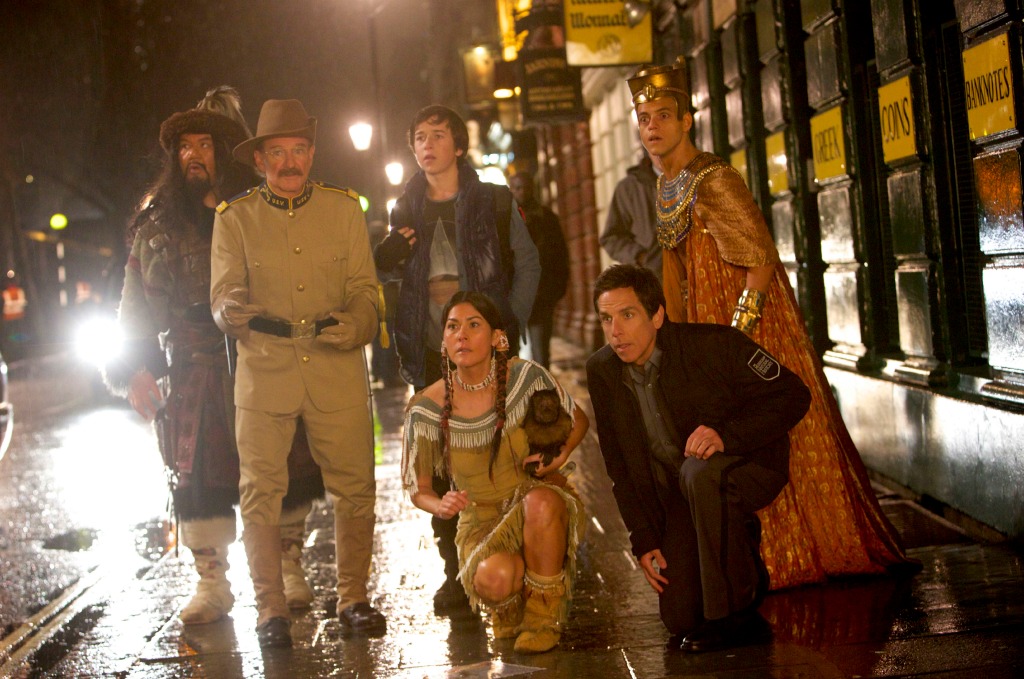 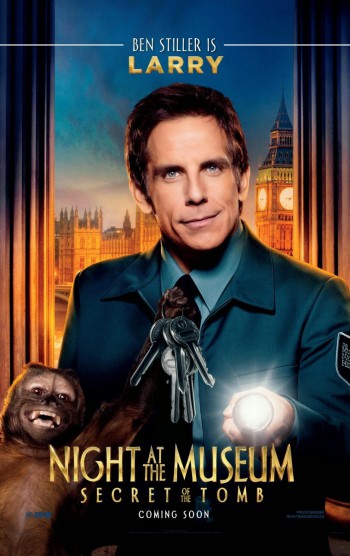 SYNOPSIS: Ben Stiller returns as our favorite night guard Larry Daley, as he spans the globe, uniting favorite and new characters while embarking on an epic quest to save the magic of the museum before it’s gone forever.

REVIEW: I’m not gonna lie. I didn’t have high hopes for this third installment of the “Night at the Museum” franchise. After all, how far can you go with a similar premise across several movies?

But I was actually pleasantly surprised at how cute this movie is. And a bit melancholic, since it’s one of Robin Williams’ final films. They gave him a touching sendoff that probably involved some last-minute editing to change a few scenes at the end. It made me a little weepy.

The story follows Larry Daley (Ben Stiller), who’s still working at New York’s Museum of Natural History. When things go horribly wrong at a big fundraising event — the exhibits that spring to life were supposed to be organized but instead caused havoc — that’s when Larry learns that the ancient tablet of Ahkmenrah is starting to die, and with it the magic of the museum.

So Larry takes the gang — including Teddy Roosevelt (Robin Williams), Octavius (Steve Coogan), Jedediah (Owen Wilson), Laa the Caveman (Stiller in a dual role), Sacajawea (Mizuo Peck), Attila the Hun (Patrick Gallagher), and Dexter the Monkey (Crystal the Monkey)– to London to figure out whether Ahkmenrah’s (Rami Malek) parents know the secret that will save them all … or if this is the end for our beloved museum exhibits.

Every time I see Rami Malek in anything less well produced than “The Pacific” (which is basically everything), the 2010 WWII miniseries in which he played Merriell Shelton, I really wish someone would get him a nice dramatic, long-running TV role. He was SO good in that series, and it makes me a little sad to see him dressed up in an Egyptian costume in what’s basically a silly family movie.

But … on the other hand, there’s a place for silly family movies, and “Night at the Museum: Secret of the Tomb” is really sweet. All the characters work together to fix things, and there are some really comical moments that made me laugh out loud.

There’s also a sub-plot involving Larry’s son, Nick (Skyler Gisondo), a high school senior who wants to be a D.J. instead of going to college. Rounding out the cast are Dan Stevens (Matthew Crawley on “Downton Abbey”) as Sir Lancelot, Ben Kingsley and Ajali Jay as Ahkmenrah’s parents, Ricky Gervais as Dr. McPhee, Rebel Wilson as Tilly (a guard at the British Museum), and Dick Van Dyke, Mickey Rooney and Bill Cobbs as the old-timer guards. (And by the way, someone get Dick Van Dyke on “Dancing With the Stars”! He does a great little dance number in this movie.)

Overall, there’s not a lot new in this third film, but it’s fun to revisit the characters, and there’s nothing too objectionable for kids, who might actually learn something about history in the process.

Violence/Gore: The museum exhibits spring to life and terrorize guests at a swanky event. Lancelot fights a dinosaur and giant snake with a sword, and turns on the group at one point. Octavius and Jedediah are trapped by lava and fire from a volcano. In one scene, it appears that some of the gang have died.

Profanity: Mild language includes “dang it” and “hell” (which could have easily been replaced with “heck”).

Drugs/Alcohol: Young adults drink something out of red solo cups at a party. Grownups drink wine at a fundraiser.

Which Kids Will Like It? Kids seven and older who like the first two “Night at the Museum” movies.

Will Grownups Like It? There’s not a lot of new stuff in this movie, but it’s still cute and sweet.