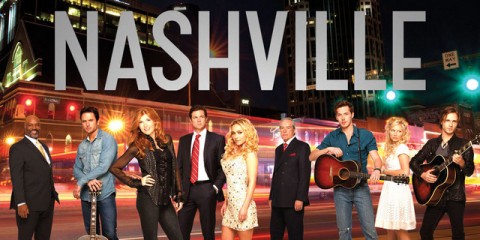 “Hi, I’m Eric Close. We have to make out later. Maybe we should get to know each other.” Those were the first words actor Eric Close said to Moniqua Plante when she arrived on the set of ABC-TV’s “Nashville” to play Natasha, a sexy new love interest for Mayor Teddy Conrad played by Close.

“It was hilarious,” Moniqua says, “and it just broke the ice. It made it so easy.”

The twist is that Teddy was set up on a date with Natasha by a friend without knowing that she’s a high-priced escort. Unfortunately – or perhaps fortunately – for Teddy (we don’t know yet), he genuinely likes her.

To help them establish some rapport before having to “smooch” on set, Eric and Moniqua worked on their scenes together and did some improvisations (no, not making out) before going in front of the cameras. She has nothing but great things to say about Eric’s professionalism and helpfulness on the set.

Moniqua has appeared on four episodes of “Nashville” so far, and she will be on this week’s episode as well. Beyond that, even she is unsure where the storyline will go. When she took the job – which she got based solely on a video audition – she didn’t know much about the character. All she was told initially was that Natasha is a smart woman with a masters degree who shares a goodnight kiss with Mayor Conrad.

“I had no idea that Natasha was a high-paid escort until I read the episode,” Moniqua told me, “and I thought, ‘holy sh**! Wow, that was so not the direction I was thinking.’ It changed my mindset in terms of how I’d approach saying things to him – my lines. These are things I had to think about. Do I really have a masters degree, or did I totally just make that up?”

“Once I had that juicy bit of information, it gave me a lot more to work with in terms of ‘Is she being honest or does she feel something or is this all an act?’ What’s real? Is she just all pretend? I think we’re seeing in the last episode that there’s clearly more to their relationship than just the business thing…. I feel just so fortunate to have this fun part that’s been developing with a lot of layers,” she says.

Since Moniqua hasn’t been told much about Natasha, she has created her own back story for the character. “Clearly, she’s smart. She can hold her own with these very powerful men,” Moniqua says. “I keep thinking that what she’s doing is a means to an end. It’s not like she’s just a high-priced call girl. She clearly has other things in mind.”

What’s it like to be a part of “Nashville”? Working with Callie Khouri, who created the show and directed this week’s episode, has been special for Moniqua. “I have to tell you, Melanie, I gushed. I tried to be cool, but I gushed afterward,” she says. “It was such an honor to work with someone who has really paved the way for such strong, smart, independent, beautiful female characters. She created ‘Thelma and Louise.’ I just have to say that it was such a highlight to be on a show that she created, but to actually be directed by her – it was really a thrill.”

Moniqua has also found the rest of the cast to be very welcoming. “Everyone has been so wonderful,” she says. “Sam Palladio (who plays Gunnar) actually stopped me as I was walking through at one time. He said, ‘Oh, I just wanted to introduce myself. I’m Sam. I just wanted to say you’re doing such a fabulous job, and everyone speaks so highly of you.’” Since Moniqua has no scenes with Sam, she thought that was especially kind of him.

Besides working as an actress, Moniqua is a model, writer, and producer who has won 12 film festival awards. She is currently writing a feature comedy script, working on a web series called “Dirty Cues,” and she’ll appear in a movie next year with Danny Trejo.

“It’s the polar opposite of Nashville. It’s kind of a campy horror thriller,” she says. “The former name was ‘Volcano Zombies,’ but now it’s called ‘The Burning Dead.’ Yes, you guessed it – it’s about volcanoes and zombies.”

Watch Moniqua this week on the winter finale episode of “Nashville” on ABC at 10/9c.